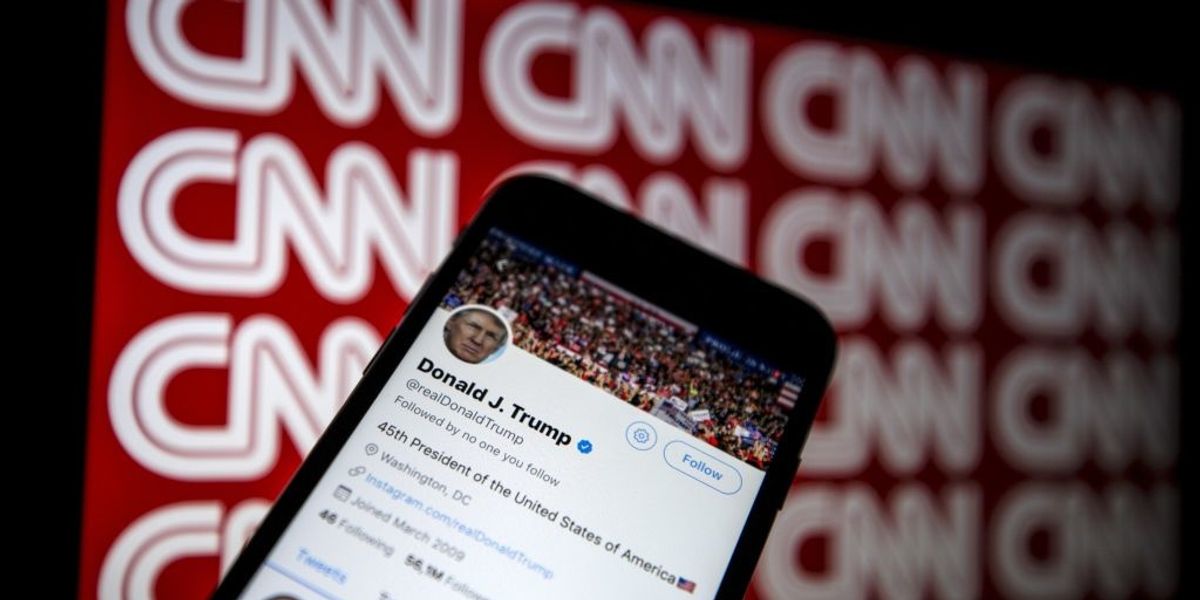 CNN incorrectly “fact-checked” President Donald Trump in real-time during his daily coronavirus task force briefing on Friday. As the president was discussing testing levels in the United States, the network ran a misleading chyron indicating he was wrong to claim the U.S. led the world in coronavirus testing.

What did President Trump say?

For several days, Trump has noted that the U.S. is surpassing South Korea and other countries when it comes to coronavirus testing. For instance, at a press conference on Wednesday, he said:

The claim has been echoed by members of his administration, including Dr. Deborah Birx who indicated on Tuesday:

We now have 370,000 tests that have been done. The majority of those — over 220,000 in the last eight days, which, those of you who have been tracking the South Korea numbers, put us equivalent to what they did in eight weeks that we did in eight days.

Trump and Birx are clearly comparing testing levels in absolute — not per capita — terms.

The network, and other media outlets, have run similar fact-checks in news articles:

While the US has overtaken South Korea in total numbers of coronavirus tests administered, it has conducted far fewer tests per capita given the US population is more than six times larger than South Korea’s.

In other words, CNN and others are accusing Trump of lying for using absolute figures (raw totals) when comparing the numbers of tests performed across countries, rather than per capita levels. But the president never claimed the U.S. leads the world on a per capita basis. Plainly stated, he is being “fact-checked” on something he never said.

What the data show: U.S. and South Korea

According to the COVID Tracking Project which collects testing data from the public health departments of all 50 states and U.S. territories, the U.S. has performed 672,449 as of Saturday morning that have produced either a positive or negative result. If you add the number of pending cases, the figure comes out to 730,799 COVID-19 tests that have been performed in the U.S.

The number may be even higher. As the COVID Tracking Project notes, reporting standards vary by state with some doing a better job at sharing data from commercial and university labs than others.

Meanwhile, official data from the Korea Centers for Disease Control and Prevention (질병관리본부) shows that South Korea has performed 387,925 COVID-19 tests through March 28.

So yes, Trump and Dr. Birx are both correct. The U.S. has surpassed South Korea in the number of coronavirus tests and is testing at a faster rate. As Bloomberg columnist Noah Smith explained on Twitter, on March 26, South Korea performed 12,019 tests or 235 per million population on March 26. In comparison, America performed 107,172 tests, or 325 tests per one million people, on the same day.

In total, the U.S. has tested approximately 2,211 people for every 1 million as of Saturday morning, which is surpassed by some countries based on best available data, but America’s coronavirus testing levels also vary by state.

For instance, the state of New York has conducted 145,753 tests as of Friday night, which comes out to 7,459 tests per 1 million residents. If New York were a country, its per capita basis testing levels would surpass those of South Korea, which has tested 7,323 for every 1 million people.

Finally, it is worth noting that CNN does not have a consistent standard when it comes to coronavirus data and whether results and testing figures should be reported on a per capita or absolute (raw total) basis.

For instance, a Friday morning headline on CNN.com said: “US has more known cases of coronavirus than any other country.” This is true in absolute terms (though many suspect the China’s levels are much higher than what the government is reporting). However, on a per capita basis, Iceland, Italy, Spain, Switzerland, Austria, Belgium, Norway, Germany, Netherlands, Portugal, France, Ireland, Estonia, Israel, Denmark, and numerous small countries surpass the U.S. when it comes to confirmed coronavirus cases per 1 million people.

In short, CNN is fact-checking Trump on things he never said. Its standards — whether it uses per capita or absolute totals — also appears to change depending on whether it can damage him politically. If CNN wants to do that, they should not call it journalism or “fact-checking” — it is partisan hackery.