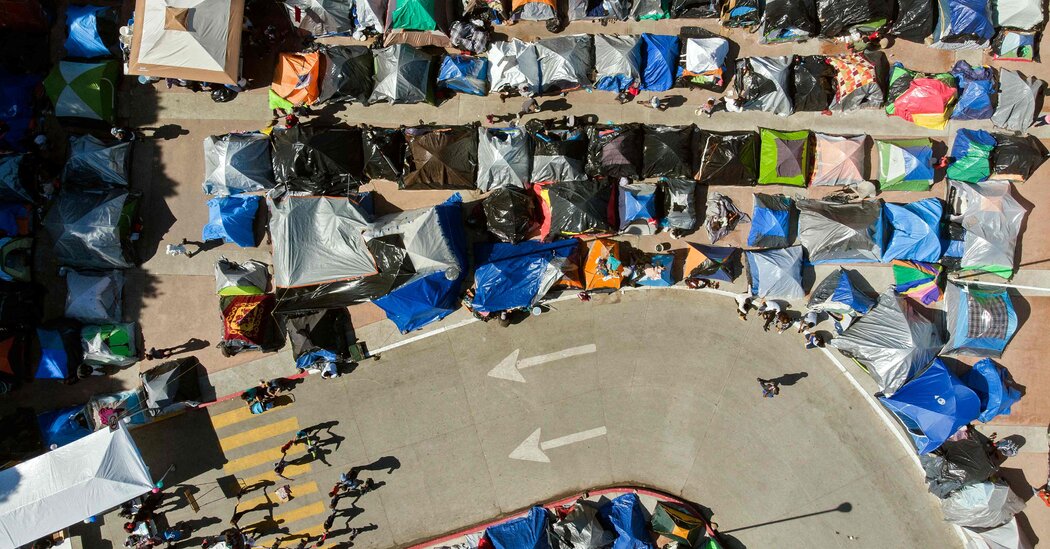 But Mr. Cotton is wrong that Mr. Biden promised “free health care” for undocumented immigrants. A spokesman for Mr. Cotton said the senator was referring to the 2020 campaign, when Mr. Biden raised his hand after Democratic presidential candidates were asked during a 2019 debate whether their health care plans would allow unauthorized immigrants to have access to such care. But there was no mention of “free” health care. Under Mr. Biden’s plan, those immigrants could buy health care plans including a proposed public option on exchanges set up by the Affordable Care Act.

Mr. Cornyn’s reference to Title 42 was also inaccurate. Though the Biden administration has decided not to expel unaccompanied children, despite a court ruling allowing the practice, it has continued Title 42 expulsions of most border crossers. In fact, out of the more than 100,000 encounters at the southwestern border in February, 72,000 led to expulsions.

“When I talked to the doctor to see when they’re being tested for Covid, when they get out, more than 10 percent are testing positive, while you’re being stored together. In a time when the president will keep our country closed, when maybe we have hope for a Fourth of July to get together just with our family, how much spread of Covid is he creating every single day by his policies along this border?”
— Representative Kevin McCarthy, Republican of California, on Monday in a news conference.

This is exaggerated. Bob Fenton, the acting administrator of the Federal Emergency Management Agency, said during a congressional hearing a day later that migrants were testing positive at a rate of “less than 6 percent” across the entire border. That is a lower positivity rate than currently in Texas (9 percent), Arizona (11 percent) and New Mexico (8 percent), but higher than in California (3 percent).

There are different coronavirus protocols in place for different migrant populations, but the notion that migrants are spreading the virus unchecked is hyperbolic.

Asylum seekers with pending cases who returned to Mexico under the Trump-era program must test negative before entering the United States. Those who test positive with mild or no symptoms are required to quarantine for 10 days, while those who show severe symptoms must seek treatment in Mexico, according to the State Department.

For migrants who are not immediately sent away and processed by border officials, the Department of Homeland Security relies on community organizations for testing and reimburses the costs, according to the department. Those who test positive while in Border Control custody are immediately isolated. Unaccompanied children specifically are tested at facilities operated by the Department of Health and Human Services.