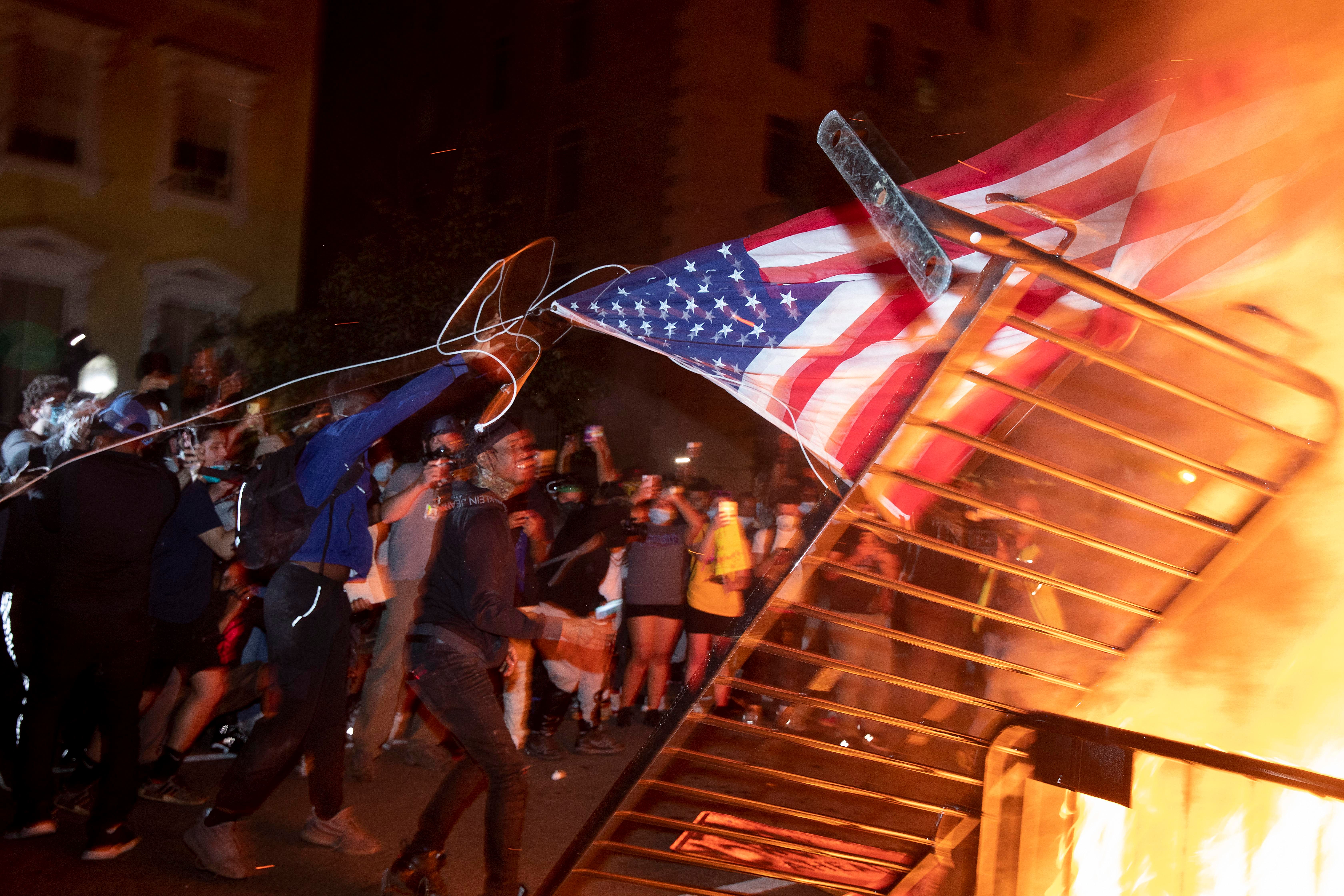 Some of the most dramatic scenes from Sunday night’s protests took place just steps from the heart of national power, with fires raging in a park near the White House as America dealt with another night of riots and violence following the death of George Floyd. 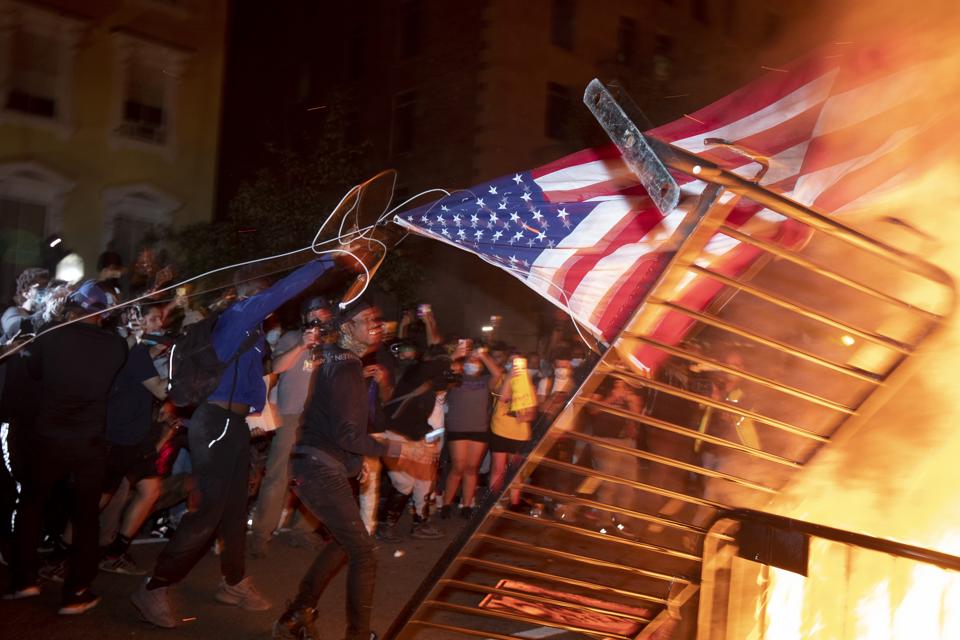 WASHINGTON, DC – MAY 31: Police work to keep demonstrators back during a protest on May 31, 2020 in … [+] Washington, DC. Across the country, protests were set off by the recent death of George Floyd in Minneapolis, Minnesota while in police custody, the most recent in a series of deaths of black Americans by the police. Minneapolis police officer Derek Chauvin was taken into custody and charged with third-degree murder and manslaughter. (Photo by Tasos Katopodis/Getty Images)

Two fires were seen Sunday night at Lafayette Square near the White House, a site that became increasingly chaotic leading up to Washington, D.C.’s 11 p.m. curfew.

Police fired rubber bullets, tear gas and pepper spray at protesters there and on surrounding streets, at times coming within just a couple of hundred years from the White House.

Fires also sprung up throughout the downtown area, with cars being set ablaze and rioters setting fire to the AFL-CIO’s offices—the headquarters of the nation’s largest coalition of unions.

It’s believed that President Donald Trump was present at the White House as the violence ensued outside, though for a second straight night Trump notably said very little on Twitter as peaceful protests earlier in the day turned to riots as the sun went down.

Trump was reportedly whisked away to a bunker during Friday’s protests outside the White House, but it’s unclear if that measure was taken Sunday night.

The historic St. John’s Church, which opened in 1816 and has been attended by every president since James Madison, was also set ablaze but the fire was quickly put out.

Sunday was the seventh day of widespread protests following the death of George Floyd, an unarmed black man who died after white Minneapolis police officer Derek Chauvin held his knee to Floyd’s neck for eight minutes and 46 seconds, which was captured on video.

Chauvin has since been arrested and charged with third-degree murder, as well as manslaughter, but many demonstrators are vowing to continue their protests until the three other officers are charged. While those protests were peaceful for much of the week, scenes turned violent in cities across the country on Saturday night in what historian Douglas Brinkley said were the most widespread riots “since the assassination of Martin Luther King. Jr. in 1968.” Several states called in their National Guards as tensions became out of hand between protestors and police forces, which have become increasingly aggressive when dealing with protesters. In several cases, journalists covering the protests have been hit with tear gas or rubber bullets.

Organizers have decried how protests have turned riotous, saying that looters and vandals among their ranks were being “opportunists.” Rep. John Lewis (D-GA), who at 80 years old is perhaps the most well-known living civil rights icon, also spoke out against the violent scenes, tweeting Saturday evening that “Rioting, looting, and burning is not the way.”

President Donald Trump has done little to quell the tensions or make calls for national unity, instead warning he’d bring in more firepower—perhaps calling in the military—to deal with protesters, who at one point he called “thugs.” He’s instead devoted much of his energy to criticizing local Democratic political leaders in areas where there are riots, along with Joe Biden and the media, while blaming the unrest on the poorly-defined “Antifa” leftist group, saying Sunday he planned to designate Antifa as a terrorist organization despite apparently lagging the legal authority to do so.

Trump Says ‘Antifa’ Will Be Designated A Terrorist Organization (Forbes)