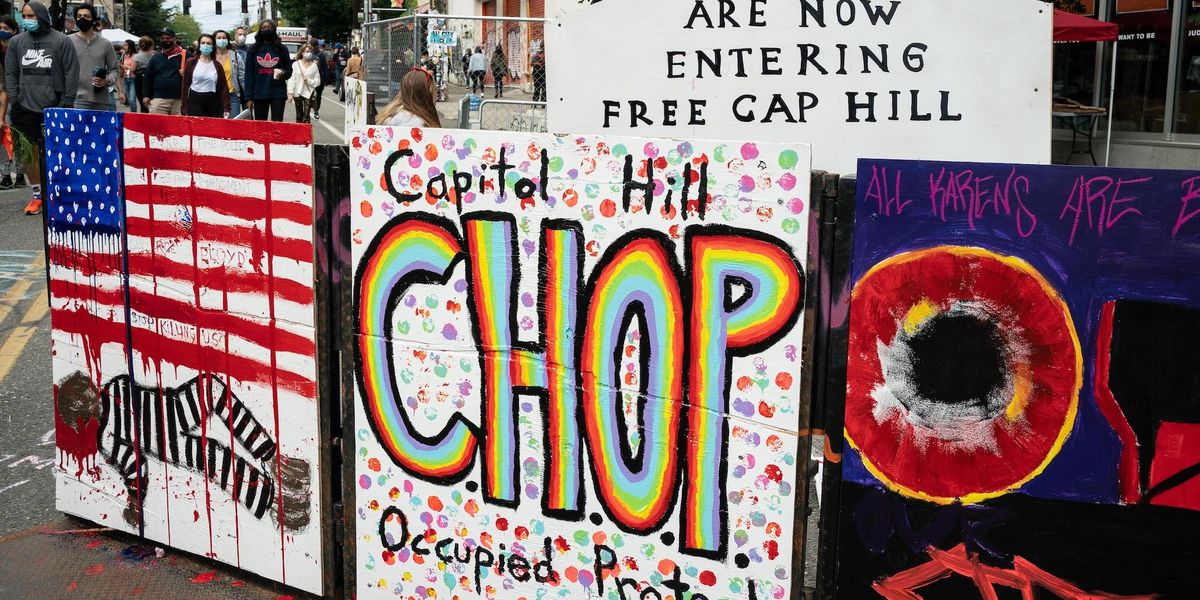 A flyer posted at the Seattle “autonomous zone” laid out stringent rules for photographers wishing to document the events at the protest commune, but only for the non-black photographers.

A photo of the flyer was posted by Jasmyne Keimig, a reporter who is covering the autonomous zone for The Stranger, an independent media outlet.

The flyer, titled, “Dear non-black photographers,” had rules for photographing — before, during and afterward.

“Why are you photographing? For personal gain, or to help the movement?” the flyer asked.

“If you are profiting off your photos, is a percentage of the profits being allocated towards organizations that are helping the BLM movement?” the flyer continued.

Another rule asked that photography not be taken of people’s faces without their consent.

“Are you showing up to support or showing up for the spectacle?” the flyer asked.

Certain parts of the flyer were smudged out, but one asked, “Have you educated yourself on systemic racism and your potential contributions to it?”

It was unclear if the leadership at the autonomous zone approved of the posting of the flyer, or if it reflected the wishes of a majority of the participants.

In a video posted by KING-TV from the autonomous zone, a journalist and his cameraman were followed around by a man with a gun who told them he was there to make sure they did what they were supposed to do. He left them alone as soon as they turned off the camera.

Here’s the video of the autonomous zone: