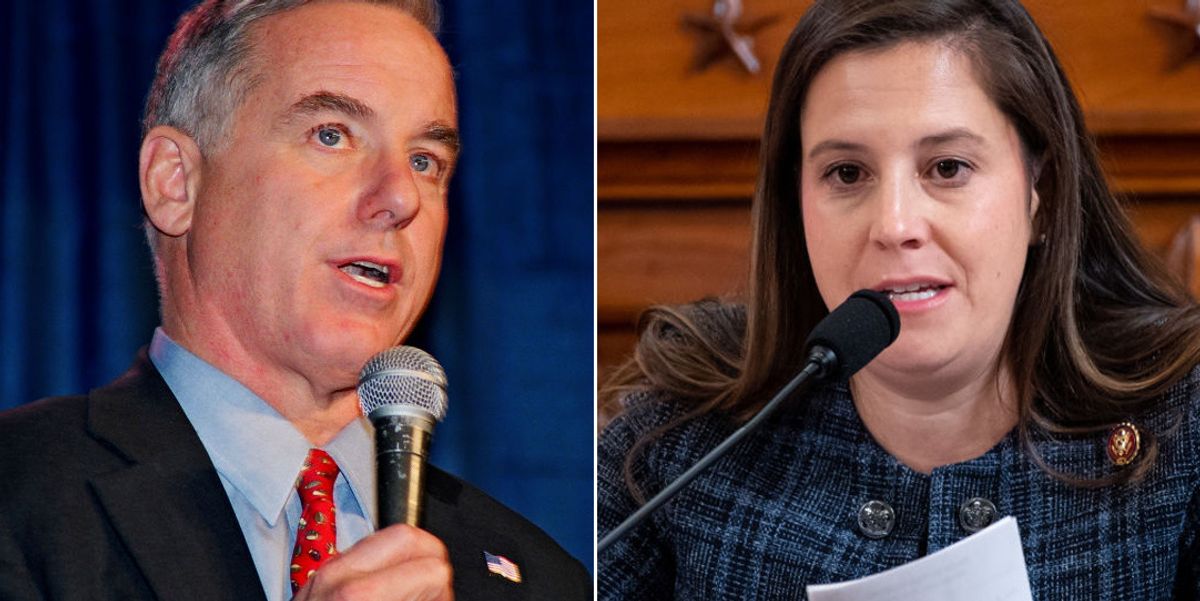 Howard Dean, the former governor of Vermont and former chairman of the Democratic National Committee, suggests Rep. Elise Stefanik (R-N.Y.) deserved a note telling her to “rot in hell.”

While grocery shopping with her husband on Saturday, Stefanik said that someone left a “vile” note on her car. The note read, “Rot in hell fascist pig.”

“It is truly sad that the radical Far-Left cannot see beyond their vicious hate,” Stefanik said. “But this note is just sad hatred. We are praying for the author.”

In response, Dean said late Saturday that Stefanik should not be surprised to receive hateful messages and called her a “shame.”

“I don’t condone this, but ‘as ye sow, so shall ye reap’. There is no excuse for the note writer or for you. You are a shame to your district and to a democratic United States,” Dean said.

Stefanik became the youngest Republican woman ever elected to Congress in 2014 at age 30. She gained national notoriety last year during President Donald Trump’s impeachment when she became one of Trump’s staunchest defenders.

In January, Stafanik was named an honorary chairwoman for Trump’s re-election campaign.