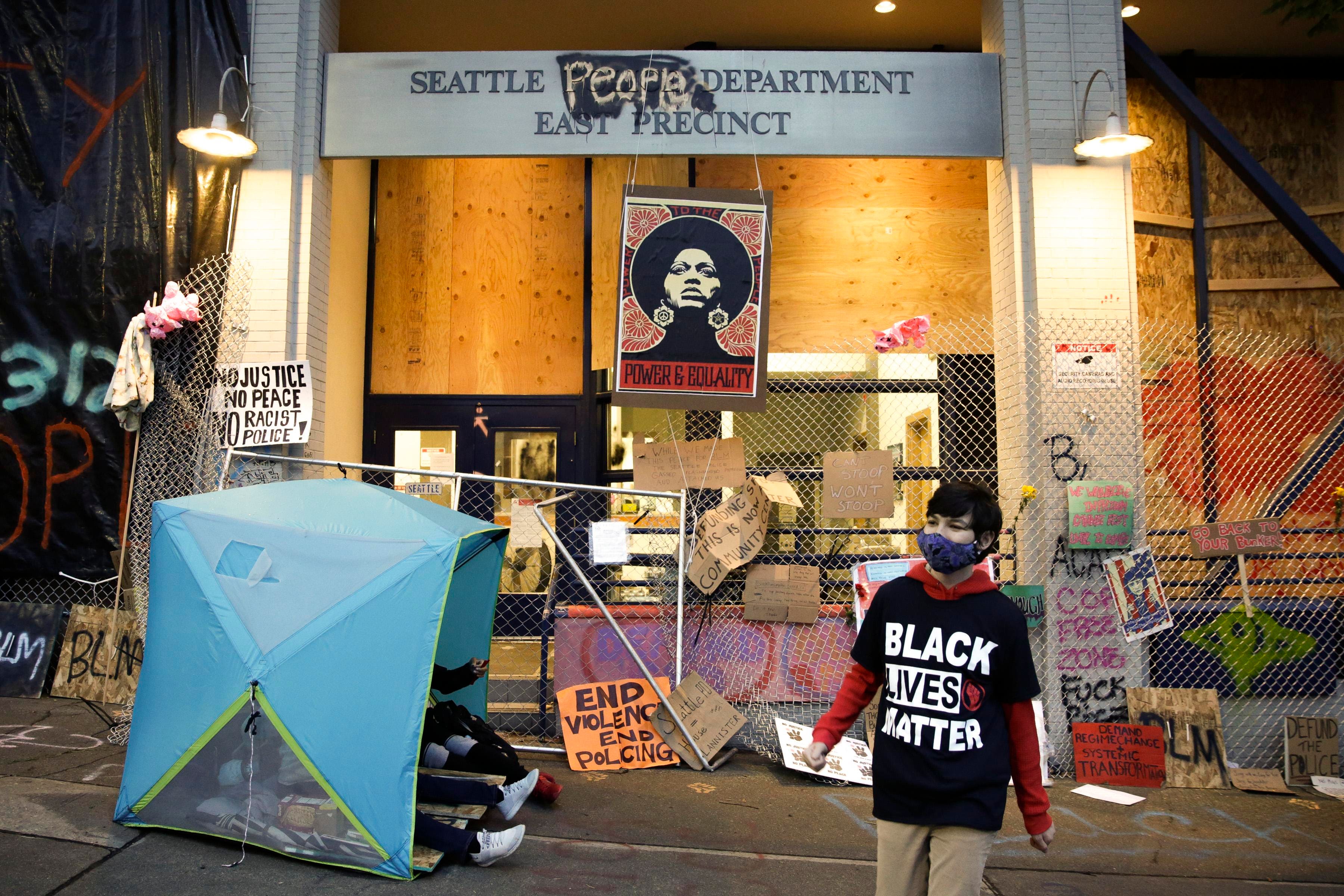 Fox News removed manipulated images of the Seattle protests from its website that made the demonstrations look more threatening after the Seattle Times pressed the conservative news outlet about the photos, a controversy that comes as President Trump labels the Seattle protesters as “domestic terrorists” who need to be stopped. 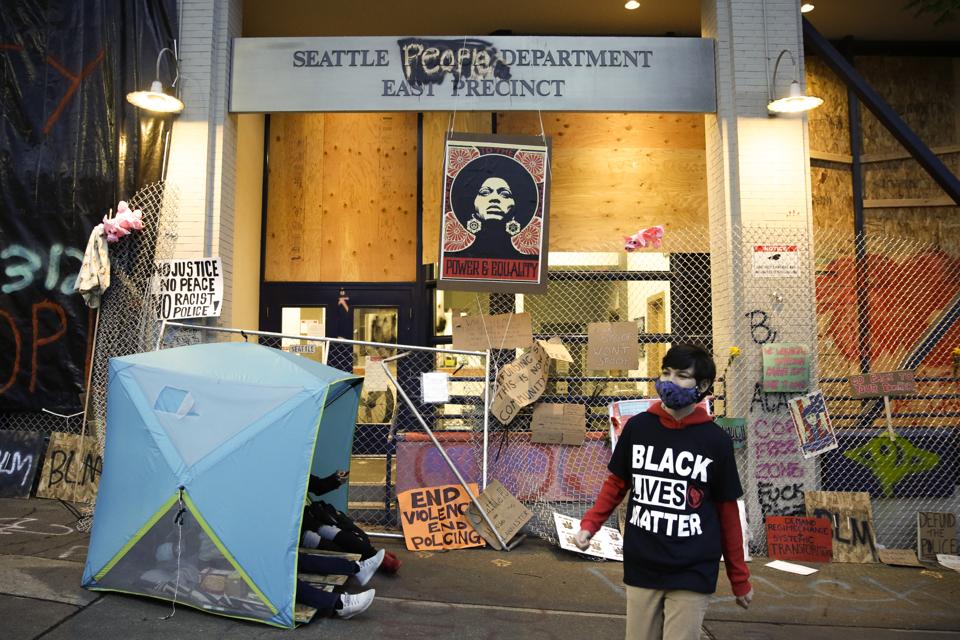 An image of activist Angela Davis is displayed above the entrance to the Seattle Police Department’s … [+] East Precinct, vacated June 8, and now surrounded by streets reopened to pedestrians forming an area named the Capitol Hill Autonomous Zone (CHAZ) in Seattle, Washington on June 12, 2020. – Seattle’s mayor told Donald Trump to “Go back to your bunker” June 11, escalating a spat after the president threatened to intervene over a police-free autonomous zone protesters have set up in the western US city. (Photo by Jason Redmond / AFP) (Photo by JASON REDMOND/AFP via Getty Images)

The manipulated images ran on stories on the website about the “Capitol Hill Autonomous Zone,” a six-block area of Seattle’s Capitol Hill claimed by demonstrators that has drawn the ire of Republicans and Trump.

The misleading photo spliced a June 10 photograph of a gunman at the Seattle protests with various photos, one of a sign reading, “You Are Now Entering Free Cap Hill,” and others from images of a shattered storefront and other protests downtown taken on May 30, according to the Washington Post.

After the Seattle Times asked Fox News about the misleading images for an article, the outlet removed the edited images and told the outlet in a statement, “We have replaced our photo illustration with the clearly delineated images of a gunman and a shattered storefront, both of which were taken this week in Seattle’s autonomous zone.”

However, the photograph of the shattered storefront was not taken this week in the autonomous zone, as the Seattle Times reported.

In a statement to the Forbes on Saturday in response to a follow-up inquiry, a Fox News spokesperson pointed to an editor’s note that admitted to “error” for a collage that “did not clearly delineate” between images from Seattle’s “Capitol Hill Autonomous Zone” and of “wreckage following recent riots.”

The editor’s note also said that a slideshow on its site depicting scenes in Seattle, “mistakenly included a picture from St. Paul, Minnesota.”

The “Capitol Hill Autonomous Zone.” was established by protesters who barricaded the area around a Seattle police precinct on June 8 and since then, demonstrators have offered movie screenings, poetry performances, free food, medical supplies, and more in a makeshift camping area. The zone has been an exercise in self-government, and in recent days, the blockade has grown in scope to encompass calls for reform of many aspects of civic life.

“It is definitely Photoshopped,” Seattle freelance photographer David Ryder told the Seattle Times, who took the June 10 photograph of an unidentified man holding a gun in front of a car in the autonomous zone. “To use a photo out of context in a journalistic setting like that seems unethical.”