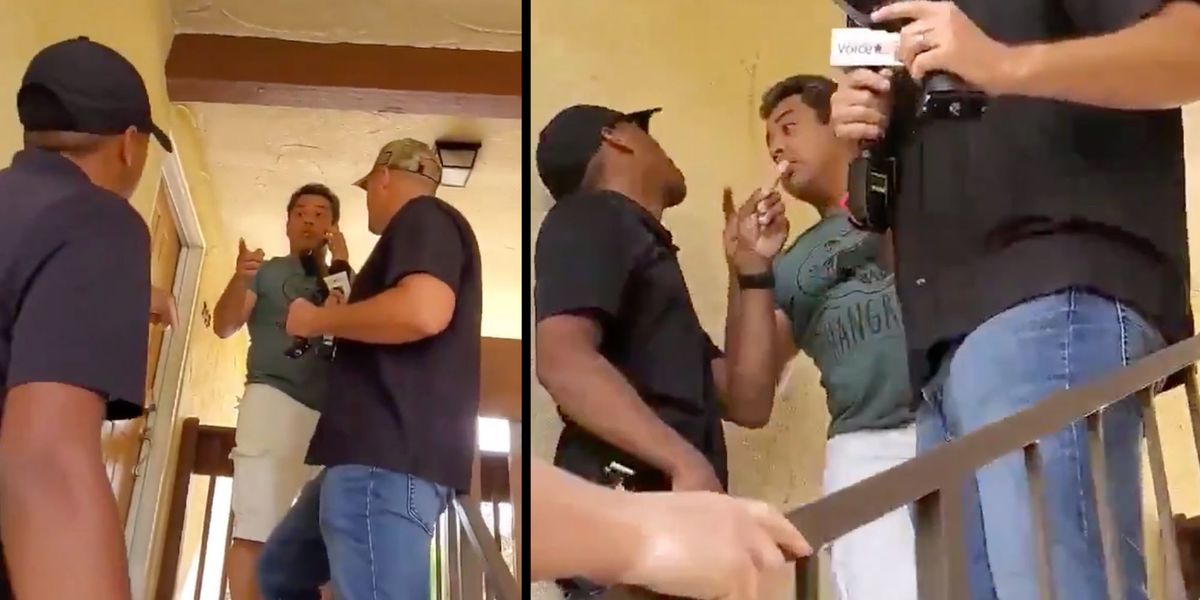 Protesters against the lockdown in California over coronavirus videotaped their altercation with a Fresno City Council leader outside his home. He was later cited with three counts of assault.

The protesters confronted Fresno City Council President Miguel Arias at his home when he began to push and shove them. The altercation was caught on video.

Arias told police that the protesters tried to gain entry to his home while his two children were inside.

Fresno police responded by sending officers to the homes of all the other members of the Fresno City Council.

One of the protesters talked to Fox News 26 about the fight.

The protesters were led by activist Ben Bergquam who runs a media outlet named “Frontline America.”

Police said that after reviewing the video that they were citing Arias with three counts of assault.

Other members of the Fresno City Council decried the incident and condemned the protesters according to the Fresno Bee.

“I can’t even begin to express the outrage I feel regarding this incident,” said Councilmember Garry Bredefeld on Facebook. “This is completely unacceptable and should never happen. While we can have disagreements politically and express different points of view, it completely crosses the line of safety, decency, and respect of personal and family boundaries. If any crimes were committed by these individuals, they should be prosecuted to the full extent of the law. This disturbing and outrageous incident must never, ever happen again!”

“As a councilmember that has been publicly threatened before, I take these threats very seriously and that’s why I have a concealed carry weapons permit,” Chavez said. “I will not tolerate anyone threatening me or my family.”

Here’s the video from Frontline America: