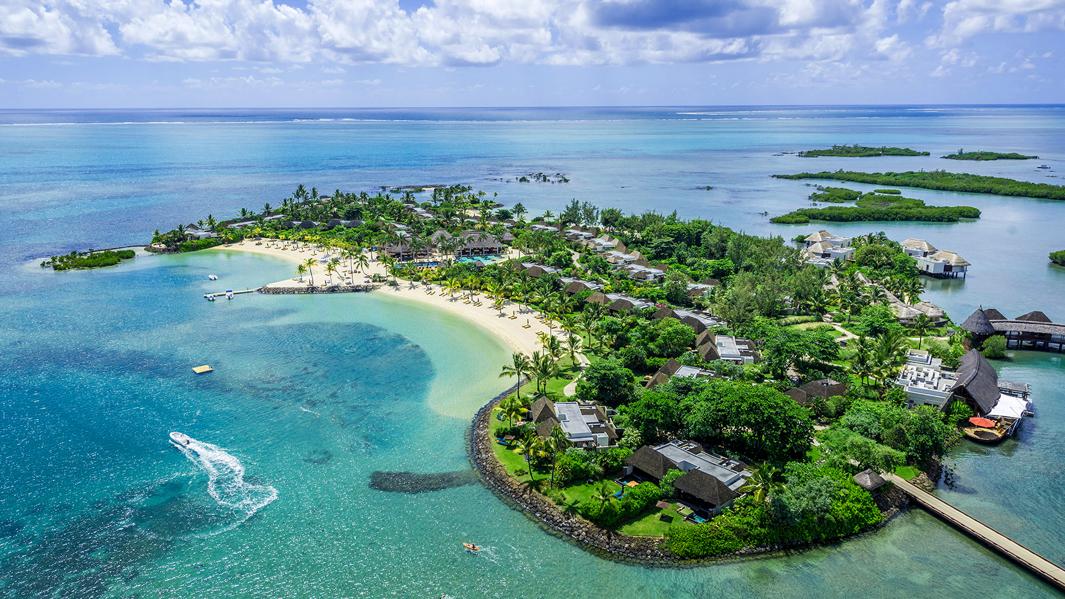 It doesn’t require the Hubble telescope to view the newest Five-Star hotels in the hospitality universe. But it could easily take a year to visit them all. The inspectors of Forbes Travel Guide journeyed from Santa Barbara to the Seychelles to find its 2020 Star Award winners, an elite group of the world’s most luxurious hotels, restaurants and spas.

To uncover the most outstanding properties, Forbes Travel Guide’s incognito inspectors check into a hotel for a minimum of two nights, posing as ordinary guests and paying their own way. Then they test up to 900 objective, exacting standards—including whether a staff member greets them curbside within 30 seconds of arrival, whether clothing left around a room is folded neatly or draped and placed within immediate view after turndown service, and whether the staff uniforms demonstrated exceptional design. The ratings tabulate 75 percent of a hotel’s score based on its service, while the remaining 25 percent is determined by the quality of its facilities.

See the full roster of Star-Rated properties here, and learn more about the noteworthy new Five-Star hotels, restaurants and spas below.

For the second year, London boasts the distinction as the city with the most Five-Star hotels, tallying 19. New additions to the stable of Five-Star standouts include: The Berkeley; Brown’s Hotel, a Rocco Forte Hotel (London’s oldest property); The Egerton House Hotel; the historic Four Seasons Hotel London at Ten Trinity Square; The Milestone Hotel & Residences; and Rosewood London.

The Maldives made a splashy debut on the list, picking up six of the highest awards. The winners go beyond the ordinary with their offerings. At boutique hotel Velaa Private Island, tee off on the nine-hole golf course designed by Masters champion José María Olazábal, get up close to marine life with a Seabob underwater scooter, or cool off in the spa’s one-of-a-kind snow room, the only one in the Maldives. Four Seasons Resort Maldives at Kuda Huraa recently unveiled new Beach Pavilion accommodations with private plunge pools, and the Four Seasons Explorer, a three-deck catamaran with 11 guest cabins, docks at the property. Dive into the waters of Cheval Blanc Randheli to swim with the manta rays or snorkel at night to see biofluorescent marine life.

Design also shines at the Maldives hotels. The St. Regis Maldives Vommuli Resort veers modern with the sleek architecture of its villas and the whale-shark-shaped Whale Bar. The spa’s Blue Hole Pool is an expansive hydrotherapy oasis that seems to melt into the ocean. The three-island Kanuhura Maldives goes for a bohemian feel with whitewashed villas adorned with funky art and Iru bar’s beaded swings and beach teepee. One&Only Reethi Rah puts the scenery at the forefront, from yoga in an overwater pavilion to dining in a treehouse.

There’s also Four Seasons Hotel at The Surf Club—a former 1930s social club to the stars in Miami that exudes glamour and has an outpost of the Amalfi Coast’s Le Sirenuse restaurant.

In California, Santa Barbara additions include Four Seasons Resort The Biltmore Santa Barbara, where hotel guests gain entry to the exclusive members-only Coral Casino Beach and Cabana Club across the street—and San Ysidro Ranch, which makes a triumphant return after it was forced to close for renovations following mudslides in 2018. Last but not least, there’s The Ritz-Carlton, Half Moon Bay, a property with a prime location along the breathtaking jagged coast about 30 minutes from San Francisco.

Over in Rhode Island, there’s Ocean House, a beachfront Victorian beauty, and its more rustic sister property Weekapaug Inn. The Ritz-Carlton, Dallas showcases Texas pride with its “guacamologist,” who doles out guacamole and margaritas in the lobby daily, and an eponymous restaurant from Southwestern chef extraordinaire Dean Fearing. 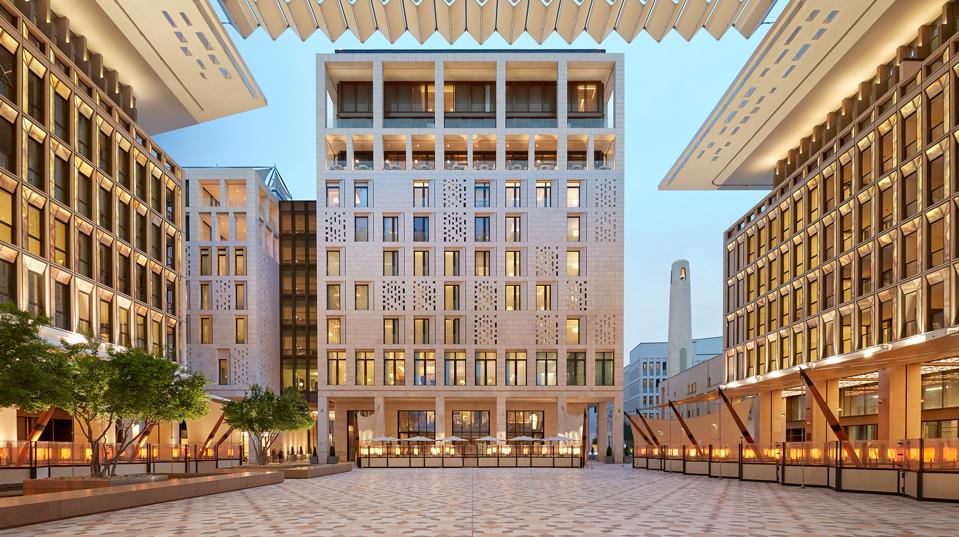 While Macau may be weathering the effects of the coronavirus, it still reigns as the world’s Five-Star dining capital. Among the 23 top winners, the newcomers include Lai Heen (perched on the 51st floor of The Ritz-Carlton, Macau, it’s the city’s highest Chinese restaurant); SW Steakhouse at Wynn Palace Macau, where you can sink into succulent cuts and seafood while watching a theatrical show; The 8, a sultry red, black and gold space in Grand Lisboa Hotel that carries 40 kinds of dim sum and more than 17,000 wine labels; and Ying, whose Cantonese cuisine is as exquisite as the peninsula and Macau Tower vistas from its 11th-floor location in Altira Macau. The futuristic Zaha Hadid-designed Morpheus hotel snagged a pair of Five-Star spots: Alain Ducasse at Morpheus, which serves fine French fare under shimmering blown-glass tubes that dangle from a silver ceiling, and Yí, where you can sample tasting menus of regional Chinese food. 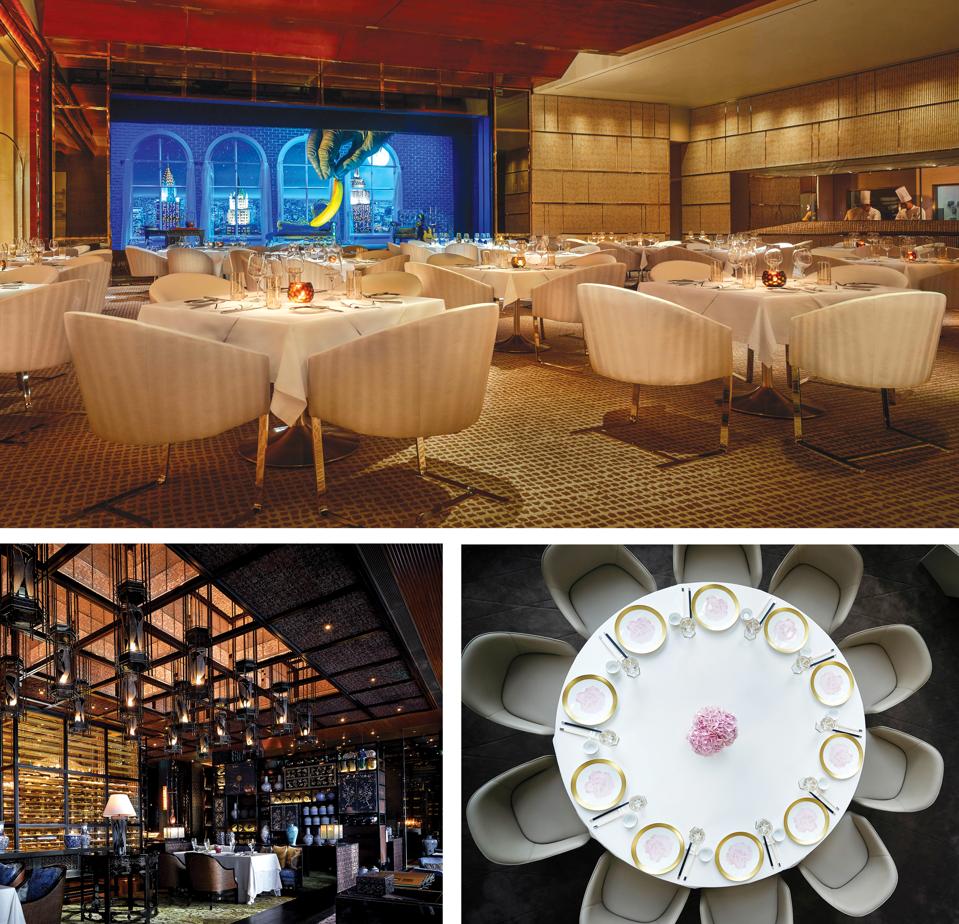 How Now, Macau: (clockwise from the top) The dining room of SW Steakhouse at Wynn Palace Macau, a table at Ying and Lai Heen at Ritz-Carlton, Macau.

In the United States, California dominated with 12 Five-Star restaurants. New entries spanned from Sonoma (ingredients at SingleThread Farms Restaurant come from its own farm) to San Francisco (the poetic meal at Atelier Crenn and Asian-influenced fine dining at Benu) to Beverly Hills (a 10-seat chef’s counter from José Andrés and Aitor Zabala at SLS Hotel at Beverly Hills, A Luxury Collection Hotel’s Somni).

As wellness continues to thrive in the hospitality industry, more luxury hotels are focusing on their spas. This year, 24 spas earned inaugural Five-Star achievements. Macau leads the pack with five new recipients: Morpheus Spa, where your dedicated spa butler leads you through the experience in the two-floor refuge; The Spa at Four Seasons Hotel Macao, Cotai Strip, whose Portugal with Love service immerses you in the city’s Portuguese roots by incorporating port wine; The Spa at Grand Lisboa, where every treatment thoughtfully begins with a 10-minute relaxation ritual (a hands and feet cleaning and massage); and Tria spas in MGM Cotai and MGM Macau, which introduced the city to So Sound therapy at as a way to thwart stress. 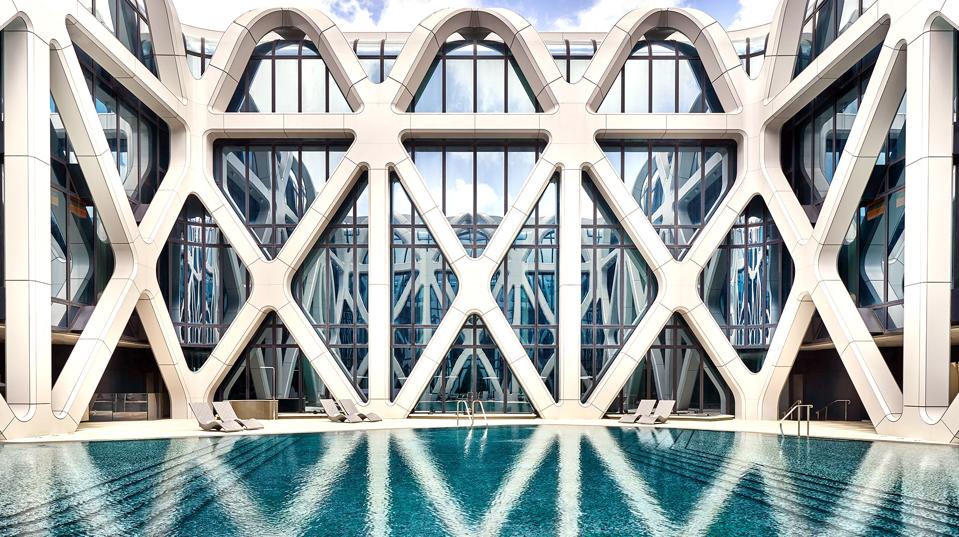 A new Five-Star trifecta cements Los Cabos as a spa destination. One&Only Spa at Palmilla offers 13 spa villas, Mexican remedies (like a consultation with a shaman) and services from celebrity podiatrist/pedicurist Bastien Gonzalez. At Waldorf Astoria Spa Los Cabos, retreat into one of the treatment suites floating on a pool to partake in restorative services that glean inspiration from the moon’s phases, the sea and Mexican folk healing. The largest spa in the Baja California Peninsula, the 40,000-square-foot Spa Montage Los Cabos pampers with a tranquil adults-only pool, expansive wet facilities and locker rooms stocked with loads of Agave Spa products (including facial serum and eye gel) for your use. 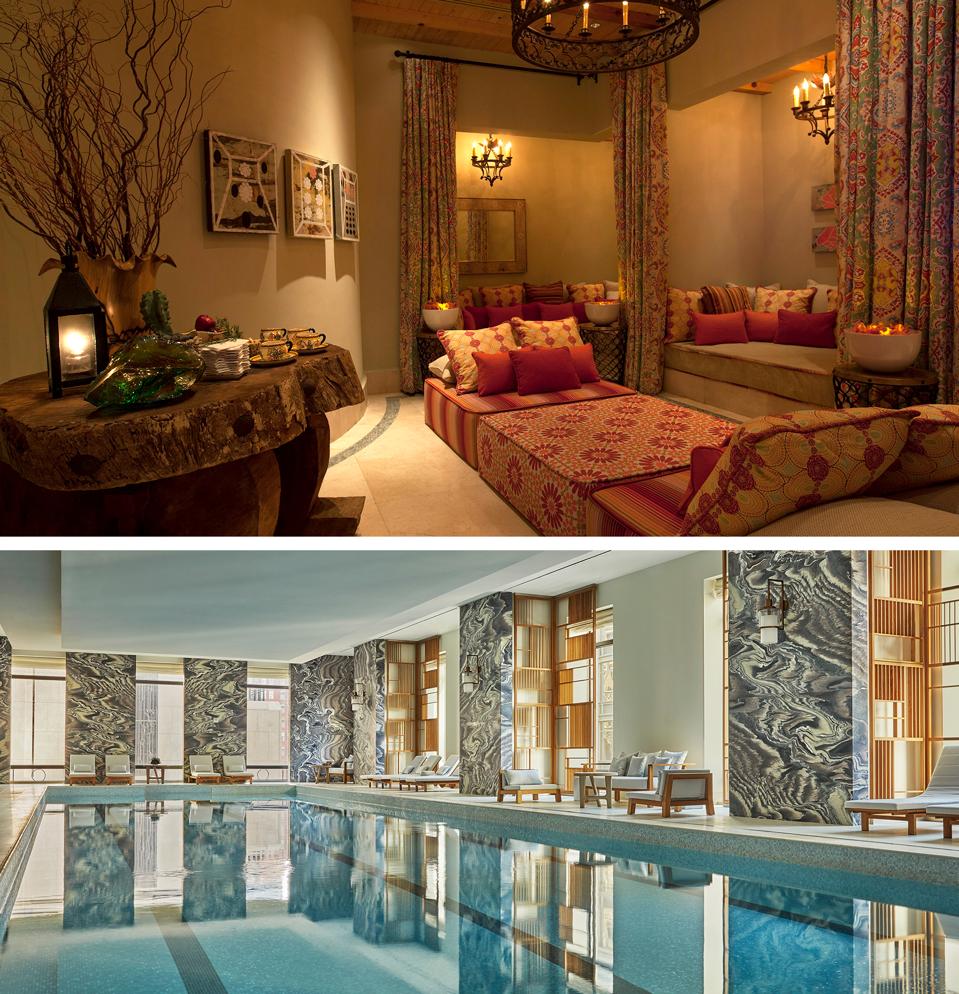 And Arizona’s acclaimed spa scene got a boost with a new Five-Star trio. In Phoenix, Aji Spa—whose name means “sanctuary” in the Native American language Pima—brings the traditions of the Pima and Maricopa tribes into its treatments and design. Near Tucson, The Spa at The Ritz-Carlton, Dove Mountain employs local gemstones to cure everything from stress to poor energy flow. And Scottsdale’s The Phoenician Spa lets you swim in the rooftop pool while gazing at Camelback Mountain, blend your own essential oils at its Aroma Design Bar and take classes like aerial yoga.