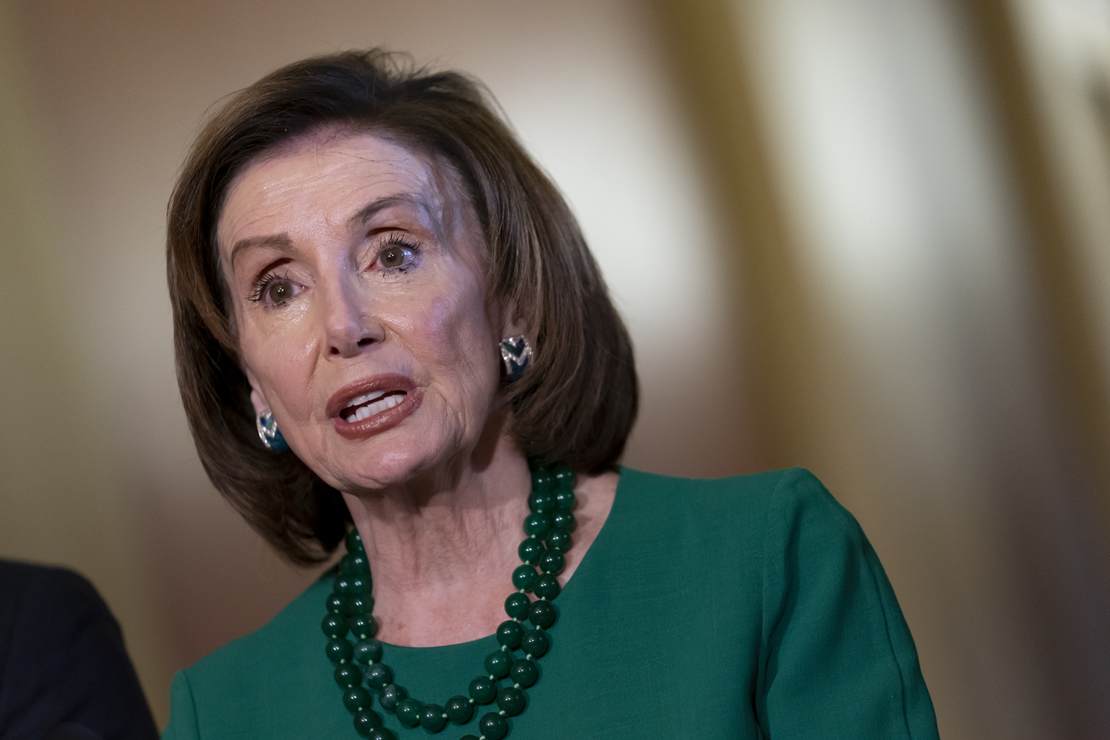 The 1970s came back so fast, I didn’t even have time to buy some leisure suits. Faced with massive inflation and an energy crisis, the obvious solution would be to incentivize more extraction and refining by lowering regulatory hurdles, a solution that eventually helped end the cyclical energy crisis 40 years ago.

Instead, Democrats have decided to act by canceling lease sales, erecting more regulatory hurdles, and attacking … “price gouging.” Bloomberg Energy reporter Javier Blas reports that Nancy Pelosi will float a bill in the House that would give Joe Biden the authority to impose price controls on gasoline:

The bill will enable the president to issue emergency declaration making it illegal to increase the price of gasoline. “Price gouging needs to be stopped.”#OOTT #NoJoke

The effort, announced Thursday by House Speaker Nancy Pelosi, comes as Democrats seek to blame record high gasoline prices on the oil industry amid fears that angry voters could punish Democrats in the midterm elections in November.

“Price gouging needs to be stopped,” Pelosi said at a press conference Thursday. “This is a major exploitation of the consumer.”

The legislation being brought for a vote, the Consumer Fuel Price Gouging Prevention Act, would also give the Federal Trade Commission the power to issue penalties for price gouging, according to a summary of the legislation. The measure would prioritize penalizing larger companies, while protecting independently owned gas stations.

Pelosi tried to promote this as an answer to a “Putin tax hike,” but fumbled it hilariously. Did anyone foresee a “Putin tax cut“? Anyone? Bueller?

PELOSI: “Price gouging needs to be stopped…the Putin tax cut hike at the pump is part of this.” pic.twitter.com/wV0fnTKdAf

All joking aside, this policy will only result in shortages at the pumps as producers get forced to reduce production to hold down internal costs. We know this because we saw a version of this in the 1970s, not just on gasoline but on a wide range of consumer goods in the Nixon-era wage and price controls. Cato recalled those bad old days eleven years ago:

On Aug. 15, 1971, in a nationally televised address, Nixon announced, “I am today ordering a freeze on all prices and wages throughout the United States.”

After a 90‐​day freeze, increases would have to be approved by a “Pay Board” and a “Price Commission,” with an eye toward eventually lifting controls — conveniently, after the 1972 election.

There was no national emergency in the summer of ’71: unemployment stood at 6 percent, inflation only a point higher than it is now. Yet, after Nixon’s announcement, the markets rallied, the press swooned, and, even though his speech pre‐​empted the popular Western Bonanza, the people loved it, too — 75 percent backed the plan in polls.

I suspect that Pelosi and Schumer expect a similar polling response, and will claim that they are finally taking some policy steps on inflation. After having experienced the outcome of Nixon’s policies less than fifty years ago, however, the US electorate may not be nearly as enthusiastic about another experiment in central economic planning:

By the time Nixon reimposed a temporary freeze in June 1973, Daniel Yergin and Joseph Stanislaw explain in The Commanding Heights: The Battle for the World Economy, it was obvious that price controls didn’t work: “Ranchers stopped shipping their cattle to the market, farmers drowned their chickens, and consumers emptied the shelves of supermarkets.” …

Second, the damage presidents do with economic powers they shouldn’t have can take years to repair. Price hikes from the 1973 Arab oil embargo made it politically difficult to unwind controls on gasoline, which led to the gas lines of the late 1970s.

That was one cause of the gas lines, but not the only one. By the time the gas lines returned in 1979 — coincidentally, just as I got my first driver’s license in California — the price caps had been eliminated. However, the regulatory and tax burdens on new exploration and production remained, making it far too expensive to produce oil domestically and leaving us at the mercy of OPEC production decisions. The deregulation that followed, started by Jimmy Carter but accelerated by Ronald Reagan, finally broke that cycle of dependency and ended gas lines as a regular feature of stagflation.

Price controls do not eliminate “price gouging.” They artificially cap prices to a point where producers and retailers can’t profit off of their work. Production inevitably falls off, which then requires sharp rationing of shortage resources, as we also saw in the 1970s. I still recall the odd/even pump days based on your license plate and 5-gallon limits per visit, as well as the 2-hour waits to get to the pump at all, hopefully before the station ran out of gasoline.

Besides, this is nothing more than a stunt to back up Democrats’ attempts to shift the blame for inflation from Biden’s policies to “corporate greed.” I’ll have more on that in an upcoming post, but we can be thankful that a stunt is all this is. This bill will have zero chance of passage in the Senate, and one has to wonder whether it can even pass this close to an election in the House when the inevitable outcomes of this policy get debated.

I’m all for bringing back disco and folk-rock. Let’s leave the rest of the 70s behind us.