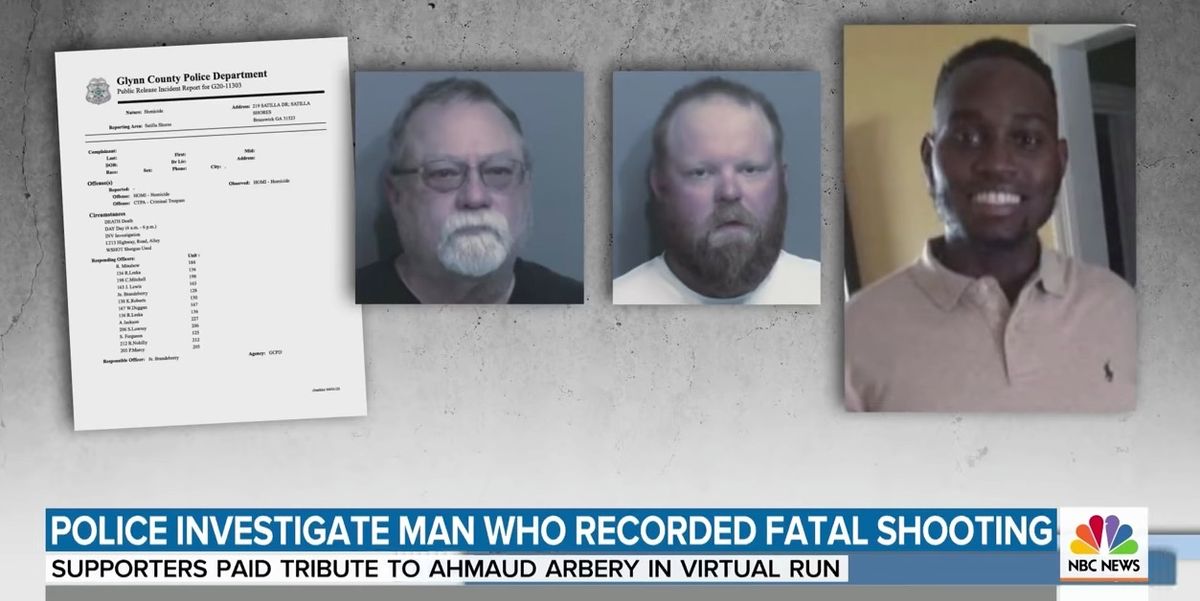 Georgia investigators confirmed Friday that they are investigating a third person in the shooting death of Ahmaud Arbery.

Arbery was gunned down on Feb. 23 after being chased by Gregory McMichael, 64, and Travis McMichael, 34. According to the Glynn County police report, the McMichaels said they chased down Arbery because they thought he was responsible for a string of recent burglaries in the area, alleged crimes that never actually happened.

Arbery was on a routine jog when the McMichaels confronted him. Video of the incident, showing Arbery’s graphic death, went viral this week, triggering national outcry over what is being described as a “vigilante killing.”

The McMichaels were arrested on Thursday and charged with felony murder and aggravated assault.

However, on Friday, Vic Reynolds, director of the Georgia Bureau of Investigation, said a neighbor of the McMichaels — William Bryan — is also under investigation, NBC News reported.

“We’re going to go wherever the evidence takes us,” Reynolds said. “Let’s say, hypothetically, if we believe tomorrow or in a week or three weeks there’s probable cause for an arrest, then we’ll do it. If we don’t believe there is, then we won’t.”

According to NBC News, Bryan is responsible for filming the video of the shooting, which Reynolds called a “very important piece of evidence.”

Arbery’s family is calling for Bryan’s arrest, USA Today reported. It was not immediately clear what role, if any, Bryan played in the alleged crimes.