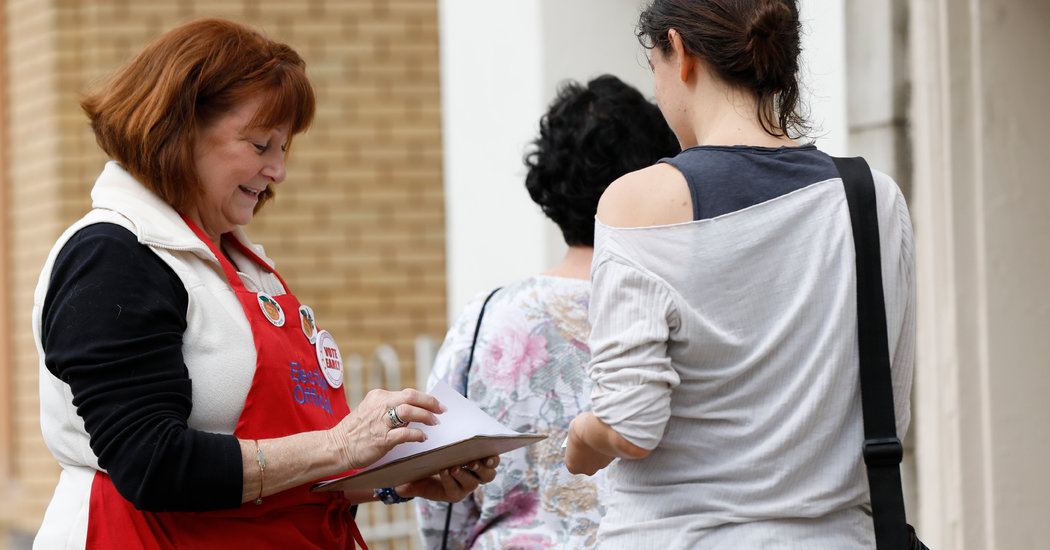 The move comes as officials in the next four states scheduled to vote in the primary — Arizona, Florida, Illinois and Ohio — have all indicated they intend to hold their elections on Tuesday as planned, issuing a joint statement on Friday expressing confidence that ballots can be safely cast.

Louisiana on Friday became the first state to postpone its primary, announcing that the April 4 election would be pushed back by more than two months.

Georgia followed a day later, adding to the uncertainty that is upending the presidential race as people worry about gatherings and places where they might become infected and the candidates adjust to a new normal of “virtual campaigning.”

The Georgia primary will now be held May 19, Brad Raffensperger, the Georgia secretary of state, said in a statement.

“Events are moving rapidly and my highest priority is the health of our poll workers, their families, and the community at large,” Mr. Raffensperger said. “Given these circumstances, I believe it is necessary and prudent to suspend in-person voting in the presidential primary, and the local elections associated with them.”

May 19 is the day of a previously scheduled election in Georgia, with primary elections for U.S. Senate and House races as well as local elections planned.

Several other states this week said they were either implementing or considering changes to voting to address the outbreak.

Wyoming suspended the in-person portion of its Democratic caucuses, saying residents would be able to either vote by mail or drop off their ballots at a county polling location.

Officials in Connecticut, Maryland and Pennsylvania said they were considering various measures to encourage voting by mail.

The Democratic Party of Georgia said it had endorsed the decision to delay the primary election in light of the public health emergency created by the coronavirus and the increased risk to both the public and poll workers.

“Our priority is to protect the health and safety of all Georgians and to ensure that as many Georgians as possible have an opportunity to vote,” said State Senator Nikema Williams, the party chairwoman. “Continued in-person voting could compromise both goals.”

Votes that have already been cast in person or by mail will still count, Ms. Williams said.

At least 66 people have tested positive for the coronavirus in Georgia, and one person has died there, according to a New York Times database.

Elections officials in the four states scheduled to vote on Tuesday have said they are taking extra precautions to prevent spread of coronavirus at polling places, with plans to have hand sanitizer available and to sanitize voting equipment.