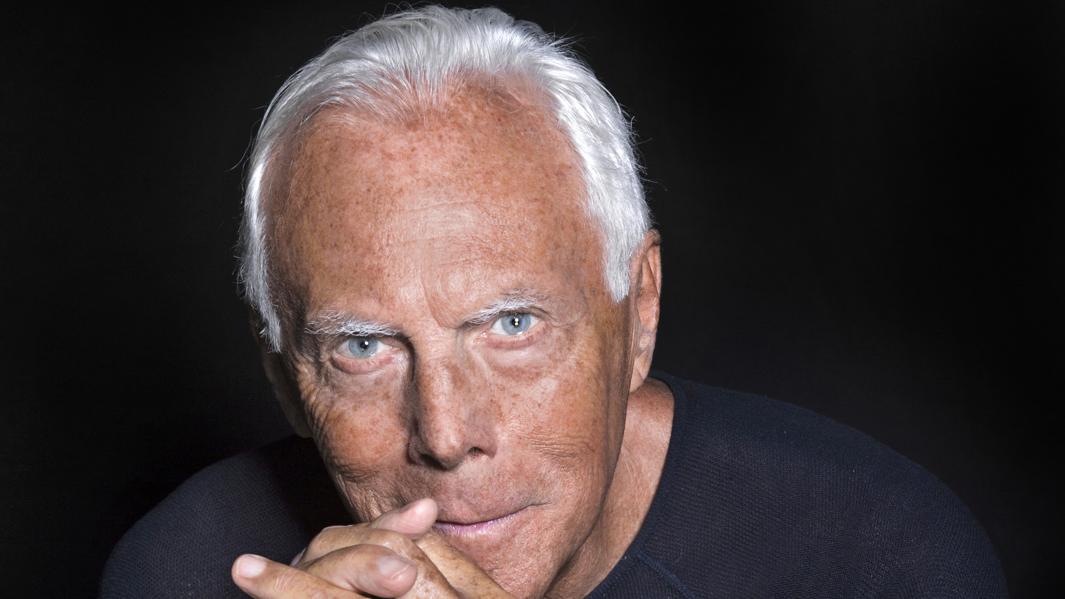 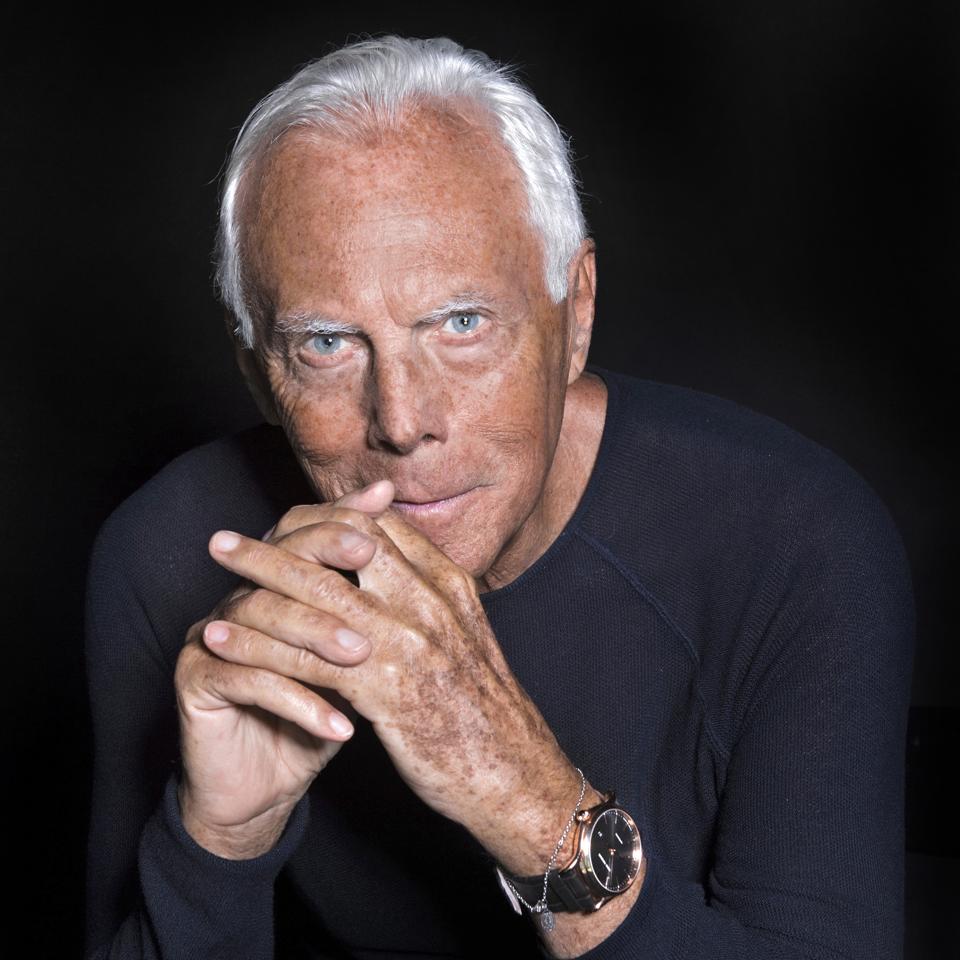 Billionaires around the world are contributing to efforts to counter the COVID-19 pandemic and the damage it is dealing to the global economy, but Italy’s wealthiest have been focusing on the battle at home. Confirmed cases rose to 41,035 on Thursday as the country’s death toll surpassed China’s to reach 3,405, and the benchmark FTSE MIB stock index has plunged by nearly 26% since Prime Minister Giuseppe Conte announced a nationwide lockdown on March 9.

Some of Italy’s top export industries, including luxury fashion and manufacturing, are taking a sharp hit as residents stay indoors for a second week — but industry leaders aren’t backing down from the fight. Fashion legend Giorgio Armani donated about $1.4 million to hospitals in Milan and Rome, as well as to the Italian civil protection agency, which is coordinating the country’s response to the outbreak. Pharmaceutical giant Menarini, owned by billionaire Massimiliana Landini Aleotti and her family, converted part of its factory in Florence to produce disinfectant gel for hospitals. Altogether, Italy’s billionaires have given more than $28 million in donations to hospitals, healthcare facilities and government agencies since the crisis began in February.

“What worries me most is the health emergency that’s taking place, both in our country and all over the world,” Armani told Forbes on Monday. “It’s too early to evaluate the long-term economic impact, which will surely be significant. But history teaches us that new opportunities are born from the deepest moments of crisis.”

Here’s what Italy’s wealthiest people — and their companies — are doing to respond to the worsening coronavirus outbreak in the country:

Giorgio Armani: The fashion designer’s Armani Group was one of the first firms to take measures to halt the spread of the epidemic, deciding to hold its Milan Fashion week show on February 23rd behind closed doors. All Armani stores and restaurants have been shut since March 10, the day Italy’s lockdown began in earnest, and factories were temporarily shut during the first week of March. Armani has donated about $1.4 million (1.25 million euros) to three hospitals in Milan, to the Lazzaro Spallanzani National Institute for Infectious Disease in Rome and to the Italian civil protection agency. “The health and wellbeing of my employees have always been and continue to be my priority,” Armani told Forbes. “We have been following, and often anticipating, the measures being adopted in all countries.”

Remo Ruffini: Ruffini is the chairman and CEO of luxury sportswear brand Moncler, which contributed $10.9 million (10 million euros) to the authorities in the hard-hit region of Lombardy for the construction of a new hospital. The new facility will be located in an area formerly home to the Fiera Milano exhibition center and will house more than 400 intensive care units. “Milan is a city that has given us all an extraordinary time,” said Ruffini in a statement. “We cannot and must not abandon it. It is everyone’s duty to give back to the city what it has given us so far.”’

Silvio Berlusconi: The three-time prime minister of Italy and current member of the European Parliament gave $10.7 million (10 million euros) to the region of Lombardy, destined for the new hospital that will be built in the former Fiera Milano exhibition grounds in Milan.

Giuliana, Luciano, Sabrina and Barbara Benetton: The Benetton family’s investment arm, Edizione Srl, donated about $3.2 million (3 million euros) to hospitals in Milan, Rome and the northeastern Italian city of Treviso. The group shuttered stores of its Benetton clothing brand but kept open highway service areas operated by the publicly traded Autogrill, in which it owns a majority stake.

Francesco Gaetano Caltagirone: The wealthy investor and his holding company, Gruppo Caltagirone, donated about $1.1 million (1 million euros) to the Spallanzani Institute and the Policlinico Universitario Agostino Gemelli hospital in Rome. “In this difficult moment for the country, the business world must do its part,” Caltagirone wrote in a statement. “This gesture is meant to thank doctors, nurses and researchers for what they’re doing for all of us.”

Luca Garavoglia: Spirits maker Campari Group, where Luca Garavoglia is CEO and owns an estimated 27% of the company, announced a donation of roughly $1.1 million (1 million euros) to the Fatebenefratelli Sacco group of hospitals in Milan.

Renzo Rosso: Fashion mogul Renzo Rosso’s Only the Brave foundation has been soliciting donations to aid hospitals in smaller towns and cities in Italy, which have been receiving less support than their counterparts in major centers like Milan and Rome. Rosso’s fashion empire, OTB — the company’s brands include Diesel, Maison Margiela and Marni — has shut stores in Europe and the U.S. but is still open for business in China and elsewhere in Asia. The company is also expanding its use of virtual showrooms to ensure customers can stay up to date on new collections. “We didn’t directly close any stores or offices in China, we only shortened our opening hours. Everything is quickly returning to normal [there],” Ubaldo Minelli, CEO of OTB, told Forbes on Wednesday. “On February 22 we realized the coronavirus was no longer limited to a region in China but had arrived [in Italy] as well. We created a task force within the group to deal with the situation that same day. The situation is under control, and we continue to work with our suppliers every day…to guarantee that we can maintain the activities necessary for us to be ready when the emergency is over.”

Massimiliana Landini Aleotti: Landini Aleotti and her three children own Menarini, one of Italy’s largest pharmaceutical companies. The firm announced on Monday it would convert a production line at its Florence factory to make disinfectant gel that will be distributed free of charge to Italy’s civil protection agency.

Domenico Dolce and Stefano Gabbana: The two halves of the fashion powerhouse Dolce & Gabbana made an undisclosed donation to Humanitas University in Milan, to advance research into the immune system’s response to COVID-19. “We felt the need to do something to combat this devastating virus which, starting from China, is hitting all of humanity,” they wrote in a statement. “Even a very small gesture can have enormous significance. Supporting scientific research is a moral duty for us, [and] we hope that our contribution can help resolve this dramatic problem.”

Nicola and Paolo Bulgari: The luxury jeweler Bulgari, formerly owned by the billionaire brothers until they sold a controlling stake to Bernard Arnault’s LVMH for $5.2 billion in 2011, pledged a donation to the Spallanzani Institute in Rome.

Patrizio Bertelli and Miuccia Prada: On Monday, the co-CEOs of fashion titan Prada announced they had donated two intensive care and resuscitation units each to the Vittore Buzzi, Sacco and San Raffaele hospitals in Milan.

Massimo Moratti: Moratti is the largest shareholder and former CEO of Saras, Italy’s largest oil refinery. The company donated roughly $214,000 (200,000 euros) to the Azienda Ospedaliera G. Brotzu hospital near Cagliari in Sardinia and also contributed to the Fatebenefratelli Sacco and Niguarda hospitals in Milan.

Leonardo Del Vecchio: Del Vecchio’s eyewear titan EssilorLuxottica halted production at its factories across Italy for three days until Thursday, a move the company said would allow for the implementation of stricter health screening measures. “We’re facing a health emergency that’s changing the world, our lives and the way we work,” Del Vecchio and EssilorLuxottica CEO Francesco Milleri wrote in a note to employees. “We’re intervening everyday to improve prevention and security systems in our factories, shops and offices around the world.”

Sandro Veronesi: Joining many of its peers in the fashion industry, Veronesi’s clothing group, Calzedonia, closed all stores in Italy on March 10. “Since the products we sell are not essential, it seems right to us to try to do everything in our power to protect the health of our customers and employees to the utmost,” Veronesi said in a statement.

Mario Moretti Polegato: Moretti Polegato’s footwear giant Geox shut all 150 stores in Italy on March 10. “Never before has it been so important to pull together as a team,” said Moretti Polegato in a statement. “Institutions, enterprises and all citizens must come together to deal with this emergency. As a company, we feel extremely responsible towards all co-workers and customers who visit our stores, and their families.”

Ennio Doris: On March 10, the chairman of the publicly traded bank Banca Mediolanum published a twelve-and-a-half-minute-long video on the bank’s YouTube channel detailing his thoughts on the pandemic and its effects on the Italian economy. “Fear [of the coronavirus] and restrictions [on movement] are creating an economic crisis, in Italy, Europe and probably in the United States as well,” Doris said in the video. “Can you imagine when the coronavirus will be behind us? All the market losses that are happening now will turn out to have been a great opportunity. Fear of the coronavirus is justified, but fear of market losses is not.”

Diego Della Valle: Della Valle’s luxury shoemaker Tod’s closed stores in “high-risk areas” and announced it would provide financial support to certain employees. “Our first goal is to take care of the health of our employees, helping them for all the problems that coronavirus can create, even indirectly, in managing the daily life of each family,” Della Valle wrote in a statement to investors. “However, we are ready to start quickly as soon as the market normalizes.”

Stefano Pessina: Pessina heads Walgreens Boots Alliance, the world’s largest drugstore chain, which has kept its pharmacies and wholesale businesses open around the world — including in Italy, where the government’s decrees allow pharmacies to stay open as an essential public service. “We are proud of our employees in Italy,” a spokesperson for Walgreens Boots Alliance told Forbes. “Our pharmacies in Italy continue to operate providing healthcare services to local communities. Equally, our wholesale and distribution business…is working relentlessly to provide doctors, hospitals and pharmacies with much-needed medicines at this challenging time for all healthcare professionals in the country.”

Gustavo Denegri: The serial entrepreneur saw his fortune rise by $100 million on March 10, as shares in his pharmaceutical firm DiaSorin soared 18% on the news that the company had completed medical studies for a new, faster testing kit for COVID-19. Three days later, the U.S. Department of Health and Human Services announced a $679,000 funding grant to DiaSorin to accelerate development of the new diagnostic tests.

Giuseppe De’Longhi: The espresso machine maker announced on March 12 that it would keep its factories and distribution centers in Italy open despite the national lockdown, while adopting flexible working practices where possible.

Brunello Cucinelli: Cucinelli’s eponymous luxury cashmere brand Brunello Cucinelli reopened its stores in China and is maintaining its relationships with its Italian suppliers. “We are taking care of the relationship with our Italian external production chain that represents something special for us and for our beloved nation,” Cucinelli wrote in a press release. “[We’re] fully aware that what is happening to the economy is something conjunctural that will soon be solved and does not resemble the deeply structural 2008 recession that weighed upon us for years.”