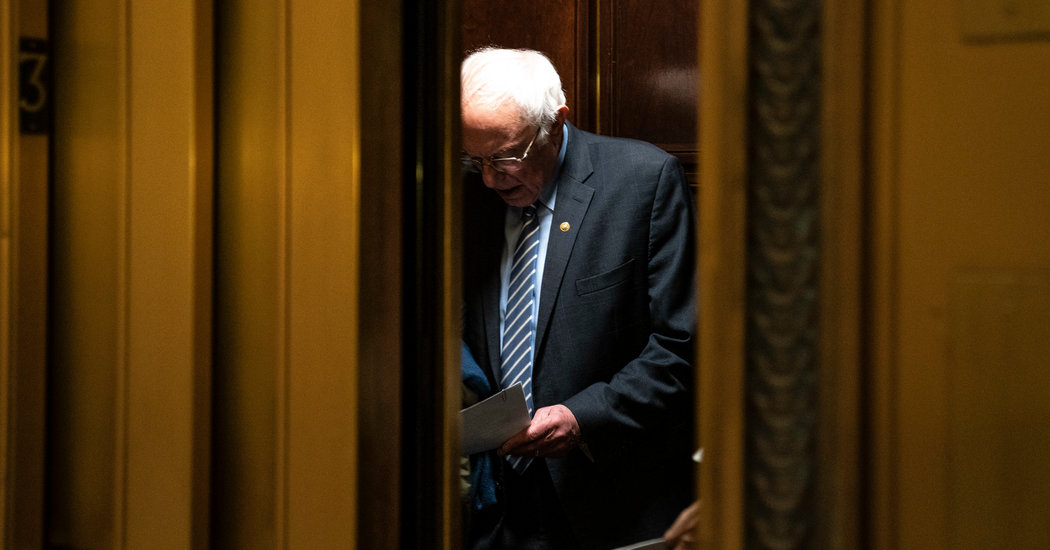 Electoral politics as we know them are on pause at the moment, and the coronavirus has upended the Democratic primary race in many ways. Here’s a look at exactly how, and notes on other things you might have missed in the 2020 race this week.

How to campaign during the coronavirus outbreak

As President Trump has appeared before the nation for daily briefings and labeled himself a “wartime president,” former Vice President Joseph R. Biden Jr. — the candidate who seems all but certain to face Mr. Trump in the general election — has faced questions online and even at virtual fund-raisers about why he has kept a relatively low profile.

The outbreak has, of course, forced Mr. Biden and Senator Bernie Sanders of Vermont off the physical campaign trail. And the unusual situation has left Mr. Biden trying to figure out how to position himself as a prominent voice on the crisis.

If you’ve watched any of the Democratic debates or attended any campaign events, you know that health care has long been a central issue in the 2020 presidential race. Adding the coronavirus pandemic to the equation has made the stakes even higher and made the difference between Democratic and Republican visions of what the system should look like even more stark.

Advancing “Medicare for all” has, for two cycles now, been Mr. Sanders’s central policy priority, and our colleague Sydney Ember reports that he “believes he can meld this moment of national crisis with the progressive policy agenda that has been his life’s work.”

Will there be another debate?

Mr. Sanders would like to debate Mr. Biden again if, in fact, a debate is held in April as originally planned.

“Senator Sanders is still running for president,” Mike Casca, one of his top campaign officials, said on Tuesday. “If there is a debate in April, he plans to be there.”

“I haven’t thought about any more debates,” he said a day later. “I think we’ve had enough debates. I think we should get on with this.”

The Democratic National Committee said previously that there would be a debate in April, but one has not been scheduled and the committee has not announced a media partner or a site host.

How about another Super Tuesday?

Thanks to multiple postponements connected to public health concerns, as many as 10 states and the District of Columbia may now hold primaries on June 2, making it suddenly quite important to the Democratic race.

As of this writing, June 2 would confer a trove of delegates so large it would be second only to Super Tuesday in early March. And as such, the June Tuesday that was once an afterthought could now represent Mr. Biden’s first chance to clinch the presidential nomination.

For us, just as for so many of you, the coronavirus outbreak has been and will continue to be front of mind when it comes to news. Our politics team will continue to vigorously cover the 2020 race and all of the ways it is being affected by the pandemic, and we urge you to keep reading. But for now, this weekly roundup will go on hiatus. We hope we can rejoin you when things get a little bit more back to normal.