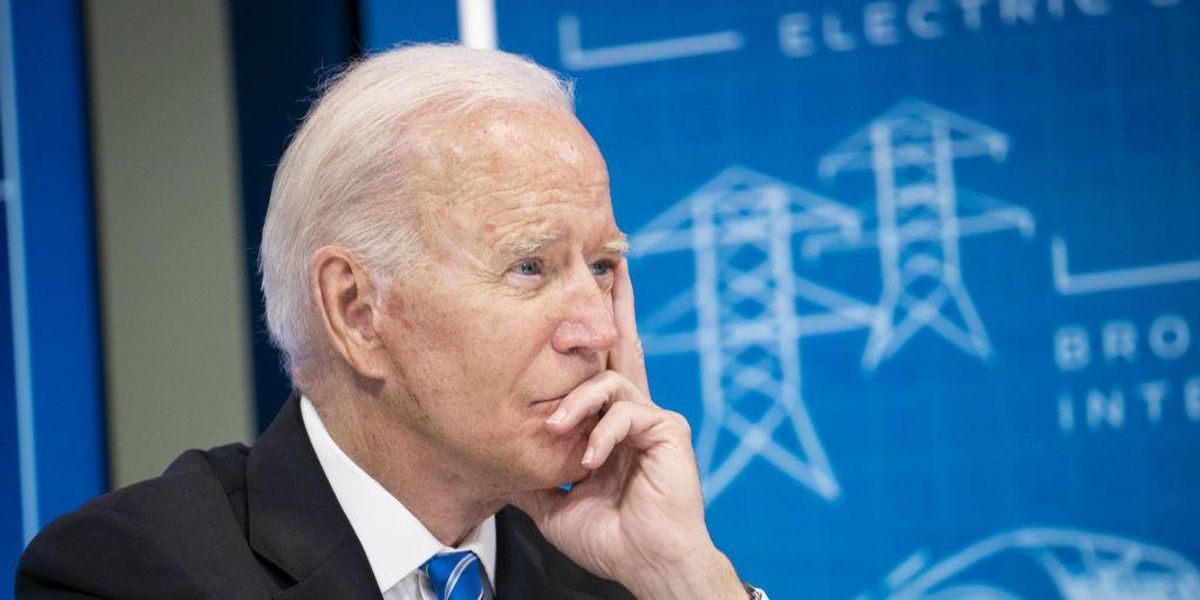 For months, the Biden administration assured Americans that rising inflation is “not a problem” to fear amid the recovery from the coronavirus recession. Infusing multitrillion-dollar spending bills into the economy would not have a significant inflationary impact, the administration claimed, even as economists and Republican lawmakers questioned these assertions.

Later, when forced to acknowledge the fact that inflation is indeed rising, the administration pivoted to claim the increase is only “transitory,” unavoidable, and — get this — preferable. Mainstream news outlets nodded their heads and parroted the message. Economists again responded with raised eyebrows.

But the administration’s explanation may need to be adjusted again.

A Harvard economist broke the news to CNN recently that wage gains wrought by coronavirus relief packages have been completely wiped out by soaring inflation in the months since President Biden took office. Here’s how CNN reported it:

Companies big and small are raising wages to attract workers and hold onto employees as the economy revs back into gear. But those fatter paychecks aren’t going as far, thanks to rising inflation.

In fact, compensation is now lower than it was in December 2019, when adjusted for inflation, according to an analysis by Jason Furman, an economics professor at Harvard University.

The Employment Cost Index — which measures wages and salaries, along with health, retirement and other benefits — fell in the last quarter and is 2% below its pre-pandemic trend, when taking inflation into account. (Wages and salaries are growing at a faster pace than benefits.)

“The hot economy is heating prices more than it is heating wages,” said Furman.

If the high inflation is pulled from the analysis, then compensation rose 2.8% between March and June 2021, the report noted. That figure makes things look OK. But unfortunately, that’s far from the whole story.

“At the same time, prices are soaring. Gas costs more. Food is more expensive. Car prices are at record levels. The consumer price index rose 0.9% in June and 5.4% over the past 12 months — the largest jumps for each since mid-2008, according to federal data,” the CNN report added.

Things don’t appear to be getting any better, either. In an op-ed responding to the Labor Department’s July economic report, the Wall Street Journal editorial board claimed that inflation is here and may be here to stay.

“The meaning of ‘transitory’ is getting longer all the time,” the board wrote, taking a jab at Biden’s rosy distortion of the economic outlook. “Consumer prices rose 5.4% over the last 12 months. That’s two months in a row, after a 5% annual increase in May. When does transitory, in the Federal Reserve’s inflation lingo, become persistent?”

Republican lawmakers have argued for months that injecting artificial stimuli into the economy via relief bills and recovery packages would spell doom for the recovery. The intervention would create rising market demand at the very same time that labor shortages would limit supply, they said. The result: rising inflation.