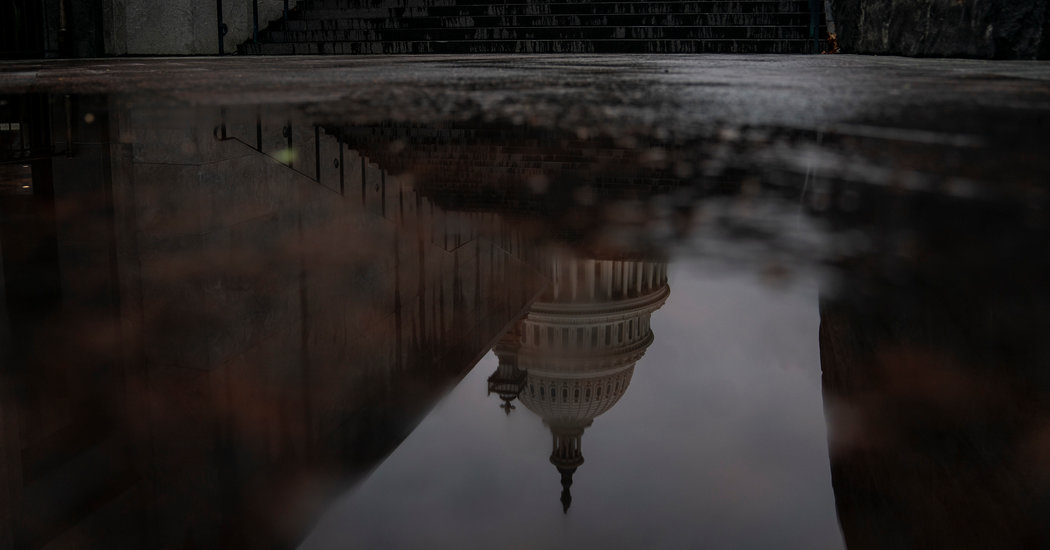 WASHINGTON — The House planned on Friday to use an extraordinary method to push through a $2 trillion stimulus package to respond to the coronavirus pandemic. Leaders in both parties were aiming to pass the measure by a voice vote — highly unusual for such consequential legislation — so that members who were either sick or in quarantine could be spared a trip to Washington to vote in person.

But the vote could be delayed if even one lawmaker objects and calls for a quorum or a recorded vote. Two lawmakers — Representative Thomas Massie, Republican of Kentucky, and Representative Alexandria Ocasio-Cortez, Democrat of New York — have threatened to do so. Lawmakers, and President Trump, fear that Mr. Massie is the one most likely to make good on that threat.

That has generated a great deal of uncertainty on Capitol Hill, sending lawmakers rushing to Washington from all corners of the country in case they are needed to pass the measure. Here’s what’s going on:

What is a voice vote and why is the House doing one?

There are several types of votes in the House. A voice vote is when the presiding officer asks for members to simply call out “aye” or “nay” in support or opposition of a bill. This is the fastest way to vote. The majority in the House — the Democrats, in this case — typically announces that “the ayes have it,” and the measure passes in an instant.

But before that call is official, any member may interject and call for a recorded vote. That would prompt a roll call, in which members must be present on the House floor so that they can insert their personalized cards, resembling credit cards, into electronic voting machines in the chamber, and register as “yes,” “no” or “present.”

With lawmakers scattered around the country, leaders have planned a voice vote to spare lawmakers the need to return to Washington.

What happens if someone objects?

The Constitution says that in both the House and the Senate, “a majority of each shall constitute a quorum to do business.” In the 435-member House, which currently has five vacancies, 216 constitutes a quorum. So if any lawmaker called for a quorum and fewer than 216 members were present, the House would have to suspend its session until enough members arrived.

If too few lawmakers are in Washington on Friday, Speaker Nancy Pelosi would have to summon members back, putting off a vote until later Friday or Saturday.

While members of both parties scrambled to be on hand in case that happened, it was not clear on Friday whether 216 of them were in the capital.

How would a recorded vote work, given requirements for social distancing?

Typically, House floor votes are crowded free-for-alls, where lawmakers swarm in the well of the chamber, chatting and strategizing in scrums. In the era of the coronavirus, which has sickened at least three sitting lawmakers and led dozens more to quarantine, things will look very different.

The sergeant-at-arms and attending physician of the Capitol have issued guidance on voting, and will monitor the number of members in the Capitol and on the floor “to ensure we maintain safe social distancing at all times,” according to a memo sent to lawmakers on Thursday.

In the event of a recorded vote, the memo said, lawmakers would vote in blocks. “Voting will be done alphabetically in groups of 30 members over an extended period of time,” the memo said, “to minimize the risks posed by placing too many individuals in one location.”

Would an objection kill the stimulus bill?

No. The legislation, which the Senate passed unanimously on Wednesday, is overwhelmingly supported by Democrats and Republicans, as well as Mr. Trump. An objection on Friday might slow its passage, but it is all but certain to be approved and quickly signed by the president.