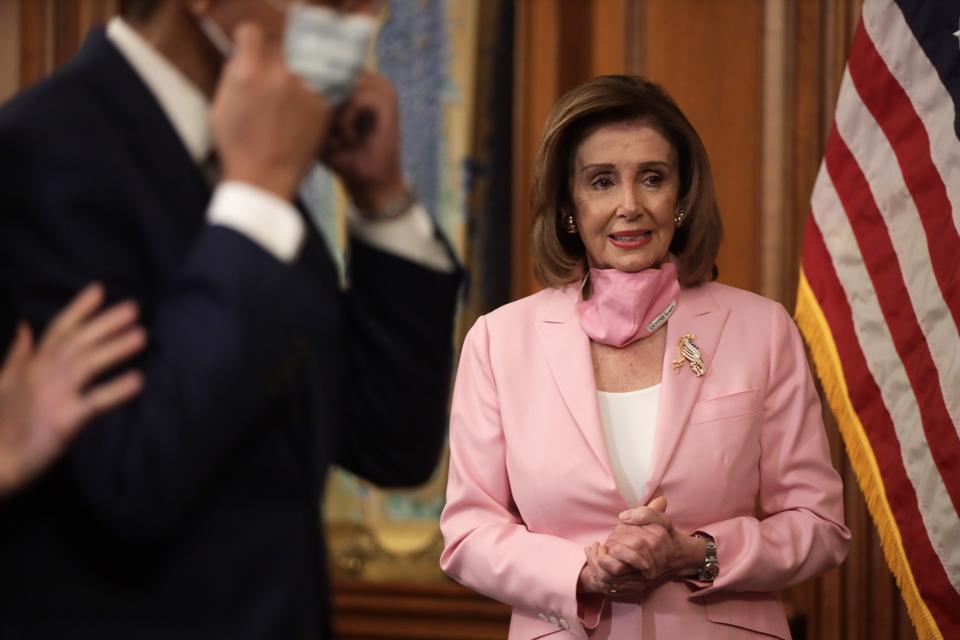 The House of Representatives introduced a new stimulus bill called the Health and Economic Recovery Omnibus Emergency Solutions Act, or the “HEROES Act“. This $3 trillion proposal far exceeds the cost of the $2.2 trillion CARES Act, which is the largest stimulus bill in U.S. history. The House will meet on Friday to vote on this bill.

What Does The HEROES Act Bill Cover?

The HEROES Act would provide funding for a wide range of groups, a new stimulus check, funding for state and local governments, hazard pay for essential workers, funding for coronavirus testing, rent and mortgage assistance, an extension of the $600 weekly unemployment expansion, additional funding for the Supplemental Nutrition Assistance Program, additional funding for small businesses, emergency relief for the U.S. Postal Service, and provisions for election safety and facilitating voting by mail.

Stimulus Checks Under the HEROES Act – Up to $6,000 for Families

The HEROES Act includes another stimulus check that would benefit individual taxpayers and their families. It would include another one-time $1,200 payment for individuals who earn up to $75,000. Families could also receive $1,200 for up to three qualified dependents (unlike the $500 payment under the CARES Act). This means some families could receive up to $6,000.

The HEROES Act also changes the wording from the CAREA Act from “children” to “dependents,” which increases the number of eligible recipients.

The income limits for eligibility are the same as those under the CARES Act:

There is also a phase-out for incomes

Some taxpayers did not receive an Economic Impact Payment under the CARES Act if their tax return did not include Social Security or TIN numbers for everyone included on the tax return. This included married couples who filed a return in which at least one person should have qualified for a stimulus payment.

The HEROES Act changes that by providing stimulus payments to all qualified persons on a tax return. Those who do not qualify will simply not be eligible for a payment, instead of preventing the entire payment to go through as with the CARES Act. It also prohibits the stimulus checks from being garnished.

How Would Checks Be Sent Out If This Bill is Approved?

This bill would provide stimulus checks in the same manner as the CARES Act. So if your direct deposit information is already on file, you would receive your payment via direct deposit. If not, you will receive a check by mail. You would most likely have the opportunity t update your information via the IRS website as with the CARES Act.

Will The HEROES Act Be Passed?

Proposing new legislation is always complicated and this new proposal is the largest of its kind by far. It also pushes hard against party lines and will surely get pushback from the Republican party.

However, this bill may have more of a chance than some of the recent proposals that would call for a $2,000 monthly stimulus check. Those programs are significantly more costly than the HEROES Act and do not provide funding for additional programs. As a result, those other programs are less likely to be passed.

You can read the one-pager, or see the full 1815 page bill here.

This article has been updated for clarity.