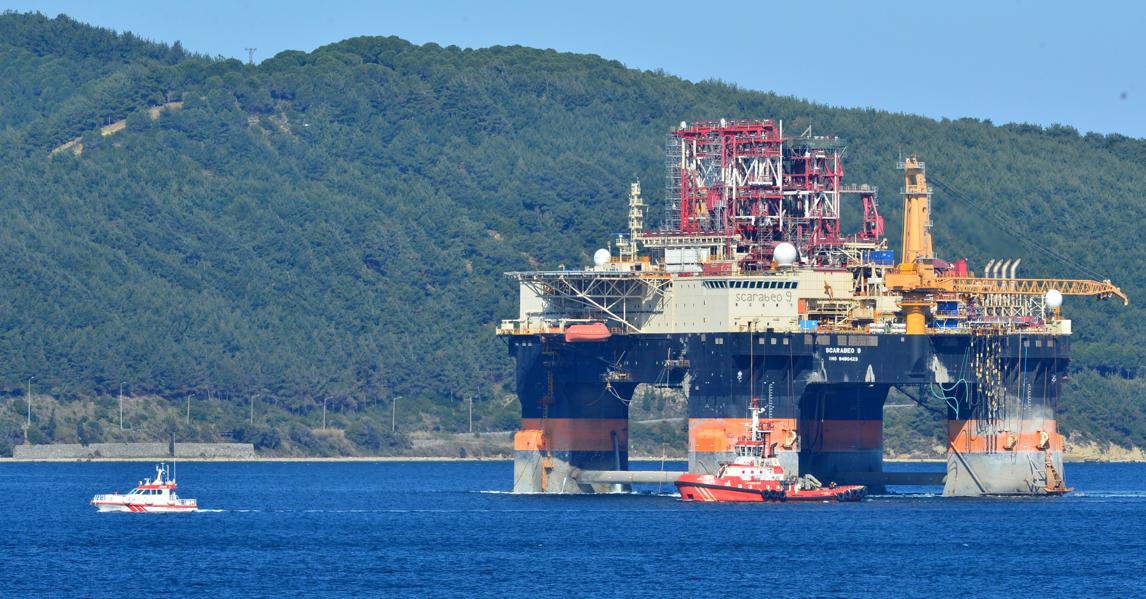 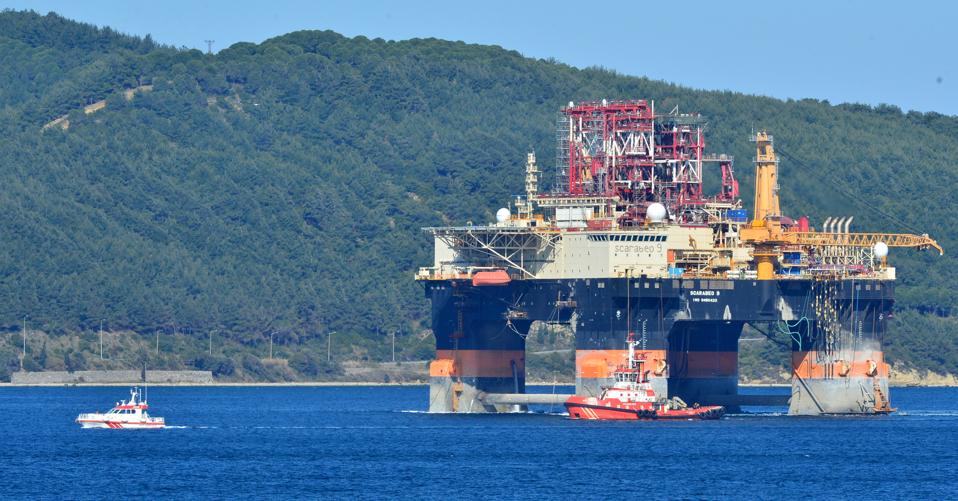 An oil rig off the coast of Turkey on April 16, 2020. Oil prices fell on the expiration of May … [+] futures contracts. In the base case scenario, prices remain in the $20s for June and throughout the summer. (Photo by Burak Akay/Anadolu Agency via Getty Images)

Is this a glitch or what?

West Texas Crude oil priced at $0.01 at 14:20 eastern time. At 14:22 eastern time, it collapsed to -$1.43 and fifteen minutes later, fell to -$20 for the May contract. For the first time in the history of the oil and gas industry, oil became absolutely worthless today.

It’s a dramatic look, but all may not be what it seems. Oil is not really free. Not yet at least.

The June and July contracts are still priced over $20 and are only off by a couple of dollars for Monday. Usually contracts move in unison. So today’s sell-off for the nearby oil contract really had no impact for the following month’s contract.

Some say the price declines are because there is no storage, so those who are holding oil will have to empty their cargo vessels and storage units for the next few days before oil returns to the single digits at least.

Another explanation is that the May crude oil futures contract is nearing its expiration so June and July prices are where the market really thinks oil needs to be. This, of course, assumes June and July oil prices don’t collapse later this week.

“I think equity prices have been pretty sedate in all this because May’s expiration is tomorrow and there is assumption that oil will trade at $20 for June. But with the flames of the lockdown…oil prices could melt like Styrofoam,” says Vladimir Signorelli, head of Bretton Woods Research, an investment research firm based in New Jersey.

Oil’s collapse today, while not entirely indicative of market sentiment going forward, should stand as a crude reminder that commodity price destruction is in full effect mode. The global pandemic has closed much of the U.S. and Europe.

Farmers are throwing crops away and dumping out milk. Restaurants and hotels are major buyers of food commodities.

“This is all negative. This is overboard,” Signorelli says.

The collapse in oil comes a week after OPEC and non-OPEC nations agreed to historic production cuts as demand continues to shrink.

U.S. companies like Chesapeake Energy Corp CHK are on their last legs. Their bonds trade in the single digits. A default is a matter of time.

So far, there has been no private equity players moving in to take over these companies at steep discounts. Industry consolidation might help oil prices find a floor throughout the summer, especially if partial lockdowns remain in place.

Global oil companies saw their stock price fall today, but nothing beyond the ordinary. Petrobras shares fell a little over 3%, and have not tested its sub-$5 lows, which means Wall Street does not believe oil is free. Petrobras’ deepwater oil is the most expensive oil to extract.

PetroChina shares were down just 1.83%. And U.S. oil firms were the biggest losers, with Exxon likely to settle around 4% lower.