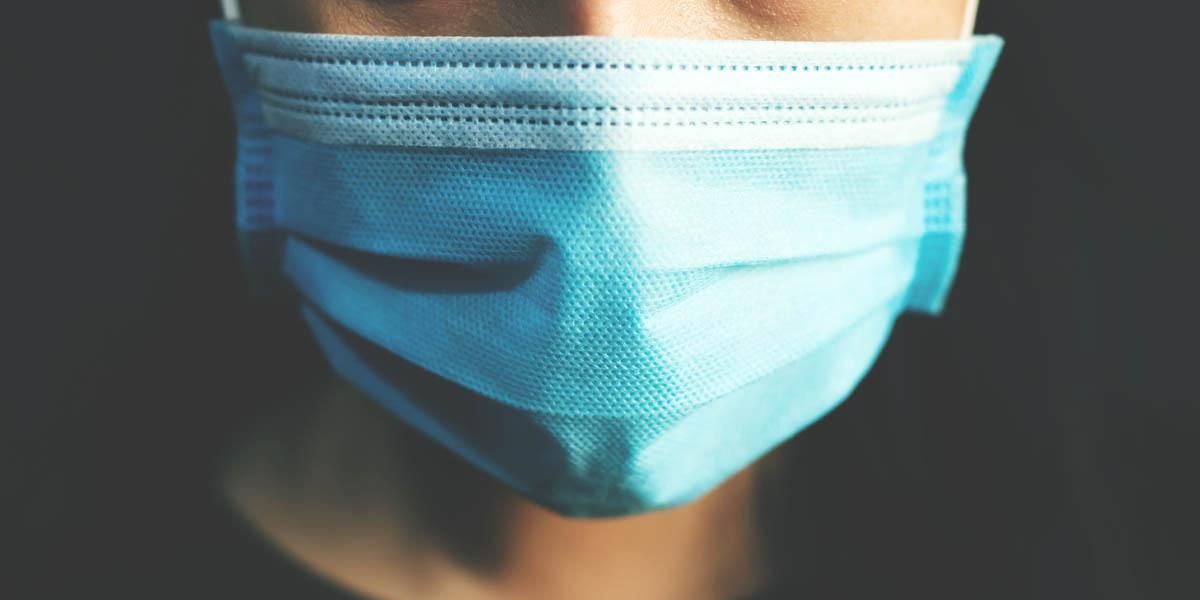 Just like the COVID vaccines, use of masks (instead of respirators) to block transmission of a virus was only authorized as experimental use. As such, according to law, it must be optional. If we are going to passively allow governors and governments to make this medical device mandatory, what is to stop them from making the vaccine mandatory?

As I’ve mentioned before, both the FDA and OSHA have made it clear over the years that only respirators, not masks, are considered valid PPE to block transmission of a respiratory virus. Which is why mask manufacturers must continue to place a disclaimer on their labels that the product does not work for airborne viruses. The CDC is lying to the public and giving them a false sense of security by suggesting masks are valid medical devices for COVID. That is why the FDA was forced to use an Emergency Use Authorization – the same process used for the vaccines – to approve masks as medical devices to be used as source control to reduce the spread of COVID on April 24, 2020.

This is also why in the EUA statement, the FDA discloses, “A face mask is a device, with or without a face shield, that covers the user’s nose and mouth and may or may not meet fluid barrier or filtration efficiency levels.” Well, indeed, any industrial hygienist or exposure expert will tell you that anything less than a fit-tested N-95 could not even be considered to meet the filtration efficiency levels. Even then, OSHA’s Reparatory Protection Guidance under 29 CFR 1910.134 would require fit testing, training, proper breaks, and a medical exam in order for governments or businesses to demand that people use them in various settings.

All this is to say that with no evidence masks work, and with endless evidence that they failed to stop the spread in a single part of the world for 12 months, this is why masks, according to law, must remain optional.

Federal law governing the conditions of authorization of unapproved emergency medical products (21 U.S.C. §360bbb–3(e)(1)(A)(ii)(III)) requires the secretary of HHS to “ensure that individuals to whom the product is administered are informed,” among other things, “of the option to accept or refuse administration of the product.”

There it is in plain English. This is the reason, among others, why the federal government or any other actor cannot mandate the COVID vaccines. For the CDC to make masks mandatory on all federal lands and places of travel, and possibly even for states to do it, violates the emergency authorization use of medical device statute that same way it would if they mandate vaccines.

This is especially true given the fact that they mandate it on almost everyone, even 2-year-olds, even people with disabilities, and even under harsh circumstances. The same statute requires that the secretary make it known to people that indeed the authorization was issued under emergency use and to inform the people “of the significant known and potential benefits and risks of the emergency use of the product, and of the extent to which such benefits and risks are unknown.”

The government is violating this every day by refusing to even study the unknown effects on workers and children of wearing these things for hours and days on end. And not only are they not optional, but they are mandated without exception to the gates of hell. There are numerous examples, but here is a heartbreaking story from a listener of mine from eastern Pennsylvania.

I am writing you for the first time because I find myself in a difficult situation.

My fiancé recently had a cat scan that revealed a cyst and tumor near her brian/spinal cord. Severe facial pain was what prompted us to get the scan.

She made an appointment with a neurologist for today. She explicitly stated over the phone that she is unable to wear a mask due to breathing difficulties and this severe pain in her face. They assured her it wouldn’t be a problem.

After driving 90 minutes, being checked in at 2 different stations, and being told we would be seen, they ultimately refused to bring her to the doctor without a face covering. We were asked to leave even with a written medical exemption in hand from her primary care doctor.

Do you know of a network of doctors or individual health care facilities who don’t belong to the cult of the mask? I am in disbelief that I cannot find care for her on a time-sensitive issue like this without her wearing something that will cause her pain/difficulty breathing.

Folks, our government has made the people in this country, including those trained to save lives, act demonically towards others over this failed experiential of mask-wearing. The cruel irony is that health care workers are usually wearing medical-grade PPE. Somehow we are to believe that masks are so effective that it justifies torturing a person who has trouble breathing, but then again, they evidently are so worthless that the doctors’ PPE is useless if the patient doesn’t have a mask. But the minute that patient puts on a cheap cloth mask, then all is OK.

The FDA has failed to study the benefits of such a draconian experiment over an entire year. As the FDA says on its website until this very day, face masks do not work for airborne-transmitted viruses, only to “block large-particle droplets, splashes, sprays, or splatter,” which is not the primary transmission method of the virus. Now that we know the virus spreads through aerosols, how can the FDA continue to obfuscate the degree of unknown (or downright ineffectiveness) of mask efficacy as an optional device, much less a mandatory one, and still operate within the confines of the law?

Time to fight back

Citizens who want to fight back need to take the following three actions: