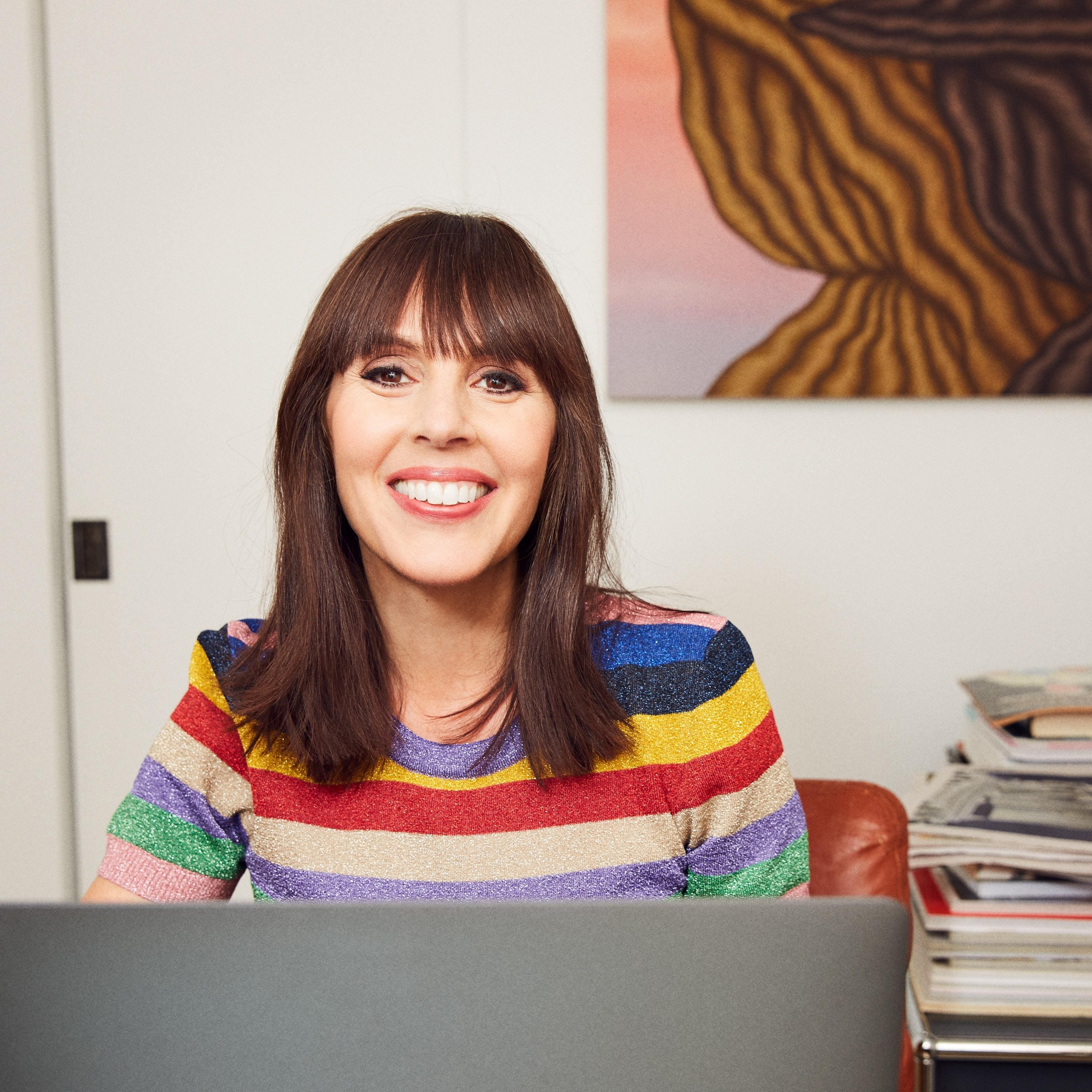 Laura Belgray was thrilled when she was able to raise her rates to $1,450 an hour as a copywriter in New York City. The former TV promo writer had increased her prices gradually from $250 an hour to $500, then $750 and, later, $950, but a stream of clients kept flocking to her one-woman company, Talking Shrimp. “They were willing to pay if it will make them money, which good copy does,” she says.

It didn’t hurt that Belgray had worked with well-known clients like entrepreneur and best-selling author Marie Forleo, whom she met when Forleo was working as a life coach. “She and I made friends in a hip-hop class at Crunch,” recalls Belgray. “Over the years, she became a kingpin of online courses.”

When Forleo invited her to speak about copywriting at a live event, entrepreneurial clients started calling. Maybe it was her subject matter: “5 secrets to non-sucky topics.” Some seemed to be attracted by her premium prices. “When they pay the money, it solidifies the idea they are getting the best,” she says. “They place more value on what they paid for.” 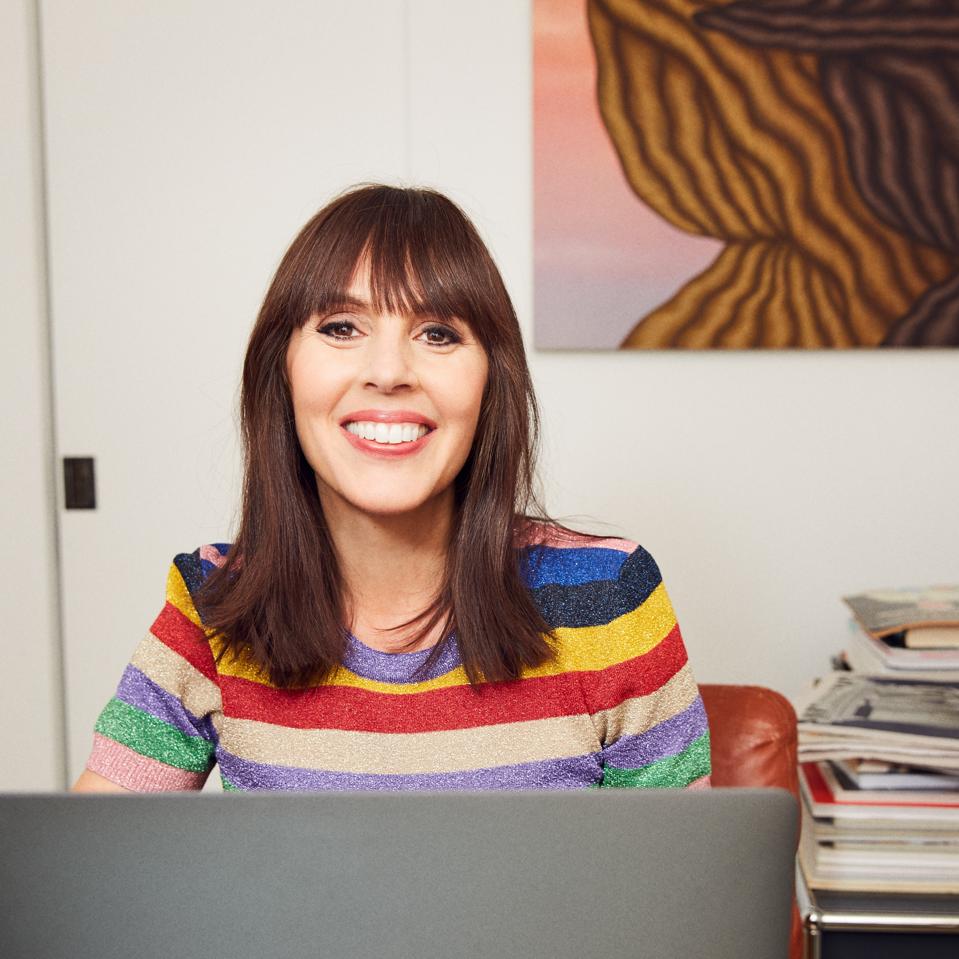 When copywriter Laura Belgray started one-on-one work with clients exhausting, she introduced a … [+] course and a mastermind-like program that helped her break $1 million.

At first, Belgray was delighted that her business, founded in 2009, was taking off—“the more I got booked, the happier I was,” she says—but eventually, she found herself feeling overwhelmed as she looked at her calendar. She specialized in writing copy in entrepreneurs’ unique voices and loved her clients but it was getting exhausting. “When I looked at the calendar and saw appointments, it made me sad,” she says.

To free up some time for herself and her husband, Belgray decided to block off Mondays and Fridays, scheduling her meetings the other days of the week. Then, as she raised her prices, she began toying with limiting her availability for appointments to Wednesdays alone.

But she still got anxious when she thought of the appointments. Belgray turned to her business coach, Ron Reich, for ideas on how she could replace her income while giving up one-on-one client meetings. Following his advice and trying some experiments of her own helped her break $1 million in revenue in her solo business and stop meeting one-on-one with clients.

Clearly, Belgray is a very talented copywriter, but that alone didn’t help her break $1 million. For years, she couldn’t get past earning $200,000 to $250,000 a year. “Once I started charging higher prices, my emotional bandwidth started going down for taking on more clients,” she recalls. “I couldn’t take on the maximum. I would go crazy and be overwhelmed.”

So how did she scale her revenue? Here were the strategies that catapulted her to seven-figure revenue.

Think of yourself as an entrepreneur. One critical mindset Belgray embraced was to view herself as an entrepreneur, not a freelancer. “I used to think that entrepreneur meant someone with shapewear, like Sara Blakely,” she jokes. In the online era, she realized, people who created digital products were just as much entrepreneurs as people like Blakely or Silicon Valley founders. “They don’t need permission from anyone,” she says.

Focus on turning knowledge into products. One of Reich’s most important pieces of advice was to sell more of her “mini-courses” —PDF products she had developed and been quietly selling since 2016. Belgray had been selling her “60 Minute Makeovers Copywriting Mini-Course” ($99) and “About Page and Professional Bio Builder” ($199) on a limited basis on her site.

She later added another offering, “Inbox hero! Email copywriting course,” for which there is a current waitlist. It features more than 100 pages of before-and-after makeovers.  “It took time to create but it was time I felt like putting in,” she says. “It was something I felt I could do here and there, in bits and pieces.” An earlier iteration of that course brought in $250,000 in revenue.

To promote these products and others she introduced, Reich advised Belgray to put her copywriting talents to work on her own behalf by marketing more to her email list and on social media. “He advised me to step up my mailings from one to three days a week,” she recalls. She did that in 2017 and 2018 and doubled her revenue from her products.

Work with multiple clients at a time. Despite that win, Belgray wasn’t able to replace all of her income through product sales. So she took another crucial step: starting Shrimp Club, a six-month live mentoring “party” for 20 members, who get access to her advice on two calls a week. Belgray offers them live “hot seat” sessions and live Q&As, where she records answers to questions they submit ahead of time. Current members pay $15,000 to belong.

Although many people assume the program is a copywriting mastermind group, Belgray keeps things unpredictable by including a mix of both professional copywriters and people from other fields, such as entrepreneurs and self-employed professionals in service businesses. Students have included a food blogger, someone who sources Japanese cars for import to Australia, therapists and a graphic designer. “There’s all kinds of collaboration—Shrimp on Shrimp action,” she says.

Don’t do it all yourself. Although Belgray has no employees, she outsources administrative work to a virtual assistant—a contractor who has her own team. “At first I didn’t know what to do with her,” says Belgray. “She just helped me move around my client bookings.” Gradually, her VA began taking on other work, like customer service and email marketing tasks—freeing up the time Belgray needed to reach $1 million. “I never would have hit that number without her there to help me execute,” says Belgray.

Give it time. Belgray, who just turned 51, likes to celebrate the fact that she hit $1 million in revenue at age 50. “It’s better when you wait,” she says. “A pet cause of mine is shifting the perception of age. Social media means people don’t have to disappear when Hollywood and the media would have disappeared them.”

Belgray’s advice to other professionals in service businesses who are looking to shift to a less-stressful business model while scaling their revenue: Focus on adding a product and a program, along the lines of her Shrimp Club. “It’s going to be really hard to make the kind of money you want doing one-on-one work,” she says.