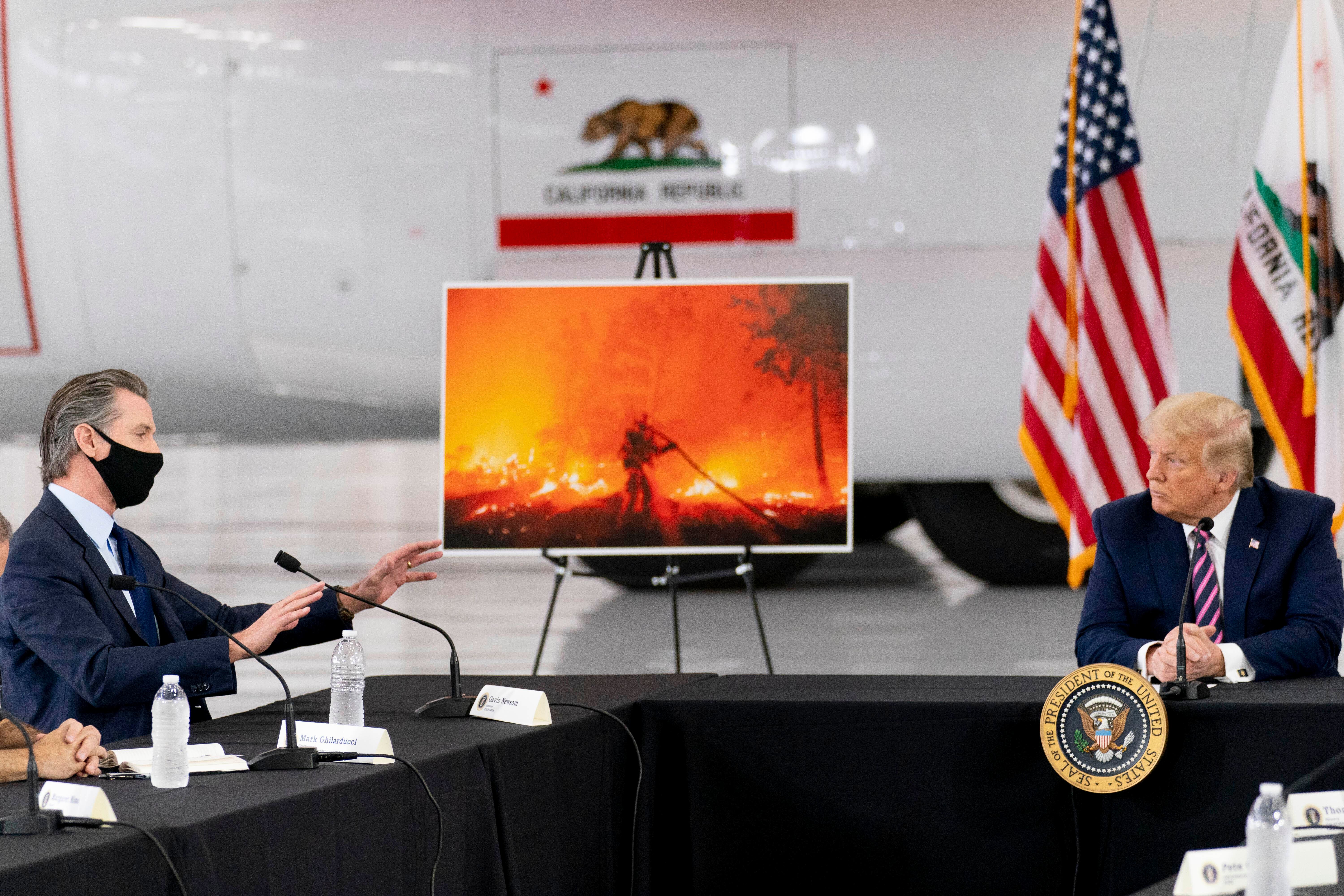 After multiple California officials confronted President Donald Trump Monday about ignoring climate change’s role in the raging west coast wildfires, the president dismissed their concerns and raised skepticism about the “science” that has concluded the Earth is warming. 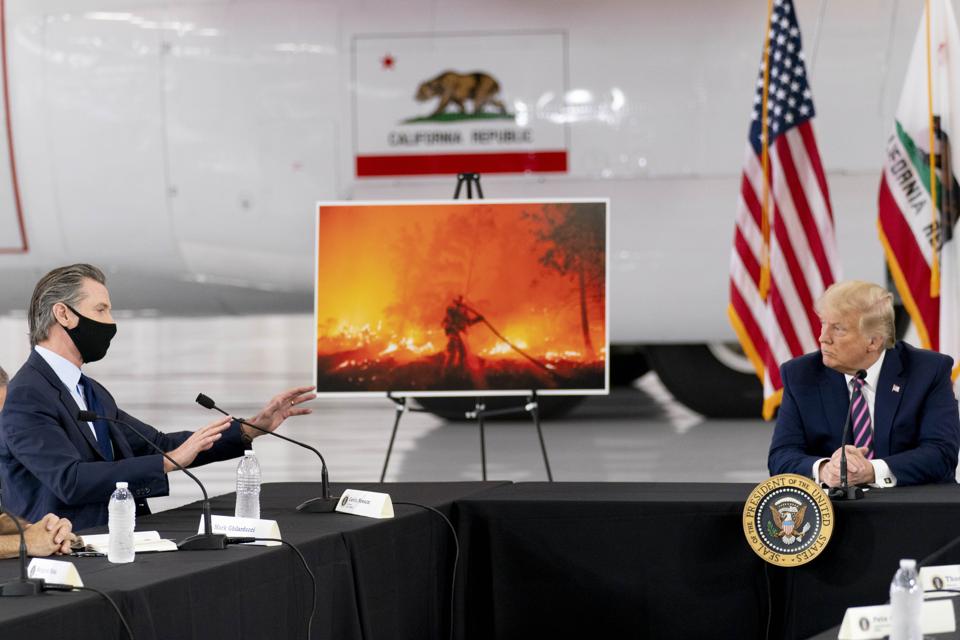 “It’ll start getting cooler,” Trump said in response to California Natural Resource Secretary Wade Crawfoot, who pressed the president to acknowledge the fact untamed vegetation is not solely responsible for the wildfires in the Golden State.

“I wish science agreed with you,” Crawfoot replied back, to which the president replied, “I don’t think science knows, actually.”

Scientists have roundly concluded the Earth is warming, and many have said climate change has played a huge role in fueling the record wildfires that have ripped through cities and towns across the West Coast.

Earlier during the event, Gov. Gavin Newsom (D-Calif.) asked the president to “please respect” their difference of opinion on climate change, while he spoke about its role “exacerbating” the fires.

Trump visited California on Monday as the state grapples with its worst wildfire season on record, weeks after bursting heat records across the state.

Newsom thanked Trump for the federal aid his administration provided to California under FEMA, but reminded him the vast majority of forest land in the state is owned by the federal government.

3.1 million. That’s the number of acres the wildfires have burned this year.

California has experienced six of the 20 largest wildfires in history this year, according to the Los Angeles Times.

“This shouldn’t come as a surprise to anyone,” Michael Gerrard, director of the Sabin Center for Climate Change Law at Columbia University, told the Los Angeles Times last week. “Maybe we underestimated the magnitude and speed” at which these events would occur, he said, but “we’ve seen this long freight train barreling down on us for decades, and now the locomotive is on top of us, with no caboose in sight.”