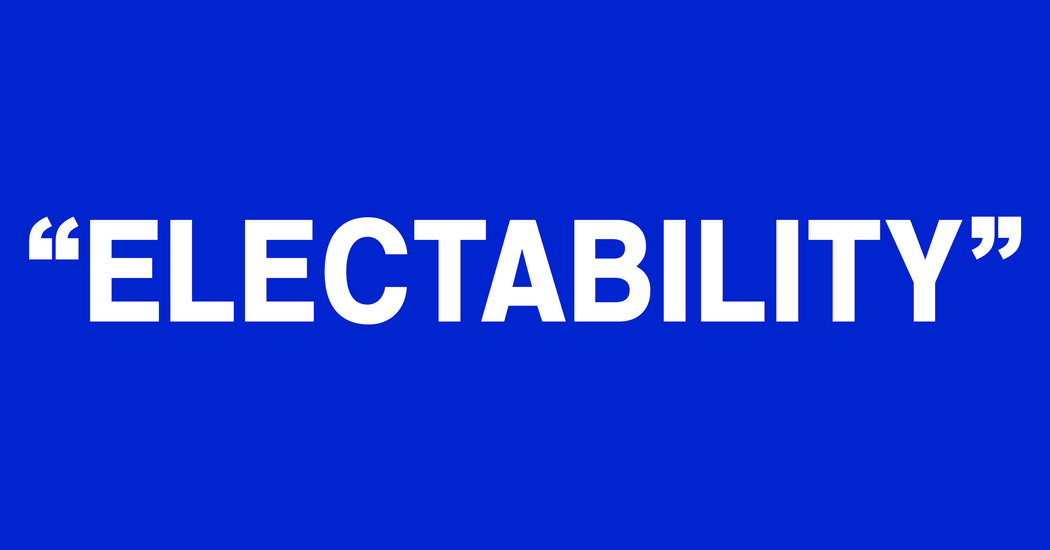 Call me a political skeptic.

Last week, when Senators Bernie Sanders and Elizabeth Warren were in the middle of their spat over whether he told her in a private 2018 meeting that a woman could not win the presidency, I argued to a colleague that the messy fight would have little impact on the race.

I’m beginning to think I was wrong.

Yesterday, we saw that the argument triggered at least one powerful Democratic woman: Hillary Clinton.

The former 2016 party nominee made her long-held private grievances with Mr. Sanders public this week in an interview with The Hollywood Reporter, suggesting that Mr. Sanders’s argument with Ms. Warren was “part of a pattern” of attacks by his supporters on his rivals, “particularly the women.”

Friends of Mrs. Clinton told me she felt compelled to speak out after watching Mr. Sanders refuse to admit any fault in the disagreement with Ms. Warren — and then seeing his supporters attack Ms. Warren online. Now Mrs. Clinton’s remarks about Mr. Sanders are roiling the party as Democratic leaders try to foster a sense of unity against President Trump.

The dispute also encouraged Ms. Warren to focus her closing argument for the Iowa caucuses around her gender, after months of building her message more around class.

As friend of the newsletter Annie Linskey observed, this effort has been anything but subtle:

Worries over electability — the word that replaced “likability” when it comes to discussing female candidates in coded language — are now being discussed more loudly and more openly by female leaders in the party. (Reality check: Numerous studies have found that when women are on the ballot, they tend to win as often as men.)

But will the heightened discussion of gender influence female voters, steering them toward the female candidates as Ms. Warren clearly hopes? On that, I’m still skeptical.

Sure, the energy of the first Women’s March, the #MeToo movement and the historic number of women who won congressional seats in 2018 is still alive — or at least available for purchase. Books like “Rage Baking” urge women to use “sugar and sass” as political protest, as pink hats march down runways and designers sell $400 “resistance” sweaters.

But it’s not translating into support for the remaining women in the Democratic primary, as I wrote over the weekend.

Talking about sexism can leave female candidates trapped in the messy dynamics of double standards and open them to accusations that they’re trying to leverage the very thing they’re trying to overcome: the bias against them.

National and early-state polling shows Ms. Warren with an edge among female voters while former Vice President Joe Biden has more backing over all. And she’s losing men: Another friend of the newsletter, Victoria McGrane, noted that Ms. Warren’s support in New Hampshire fell in the Suffolk University/Boston Globe poll released Tuesday because of a steep drop among male voters. Her numbers with women remained steady.

Yet many women, too, remain unconvinced. In a CNN/SSRS poll released today, only 9 percent of men say a woman could not win the presidency. Among women, that figure more than doubles, to 20 percent.

The focus on Mr. Trump — along with the #MeToo movement, the new national conversation about gender and women’s lived experiences — has convinced many female Democrats that sexism is a powerful force in American life. And now they’re so worried that some have come to believe that voting for a female candidate is simply too risky.

As Becky Kakac, 68, who is leaning toward backing Mr. Biden, told me in Iowa over the weekend: “I’m not sure this is our year.”

Talk about unintended consequences: This was hardly what Mrs. Clinton hoped for when she spoke about breaking that “highest, hardest glass ceiling.”

We want to hear from our readers. Have a question? We’ll try to answer it. Have a comment? We’re all ears. Email us at [email protected].

Warren just says no to polls

Here’s my colleague Astead W. Herndon with an update from the Warren camp:

Today’s round of polls produced little good information for Ms. Warren’s presidential campaign. She was in third place in national surveys of the Democratic primary from CNN and Monmouth University, trailing Mr. Sanders and Mr. Biden by at least nine percentage points in each.

But don’t expect a major overhaul from Ms. Warren’s campaign because of those polls — or even any acknowledgment. Her team has come to mock the up-and-down nature of polling, so much so that Kristen Orthman, Ms. Warren’s communications director, has the slogan “Say No to the Pollercoaster” in her Twitter biography.

Instead, as they try to project an above-the-fray image, Ms. Warren’s advisers say they’ve come to see her best path to the nomination as a unifying figure. They believe they can politically position her between the warring front-runners, Mr. Biden and Mr. Sanders. And they think most of the party agrees with her message of rooting out corruption.

However, this strategy relies on a good finish in the Iowa caucuses on Feb. 3. The developing conventional wisdom is that Ms. Warren’s path would be significantly complicated if she finished behind Mr. Sanders — or, for that matter, former Mayor Pete Buttigieg of South Bend, Ind., whose rise in the state blunted her momentum with college-educated white voters.

Ms. Warren has always had a vaunted organization in the state, and the campaign believes the person-to-person relationships it has established with supporters will make them more committed on caucus night. The Sanders campaign, by contrast, is more focused on expanding the Democratic electorate to new caucusgoers.

Ms. Warren, along with Mr. Sanders, and other candidates will be stuck in Washington for much of the next two weeks for the Senate’s impeachment trial against President Trump. But she has repeatedly said she thinks voters understand that she has an oath to uphold and a job to do.

And she doesn’t trust polling anyway.

Keep up with the impeachment trial