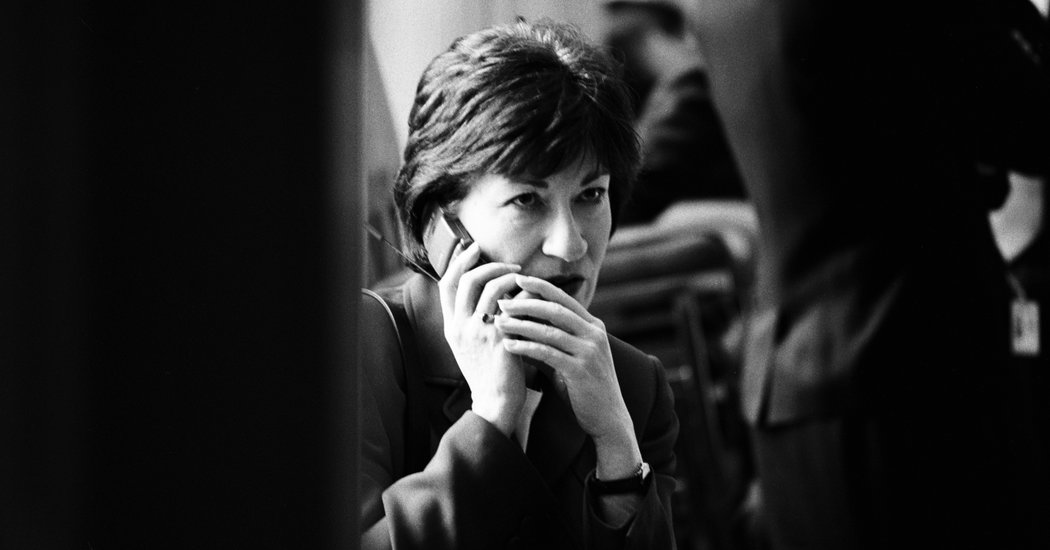 WASHINGTON — A few days after Senator Susan Collins cast her votes to acquit President Bill Clinton, as she was greeted with icy stares at a Lincoln Day dinner in rural Maine, a fellow Republican approached her, irate.

“I can’t believe you let him off the hook,” he told Ms. Collins. “I am never, ever voting for you again.”

Twenty-one years later, she faces another presidential impeachment vote with heavy consequences for the nation and her own political survival. Ms. Collins, one of a handful of moderate Republicans whose votes could alter the trajectory of the trial, said she does not regret her votes to acquit then.

She said she would use the same logic behind that decision when she weighs the impeachment charges against President Trump in a Senate trial that begins in earnest next week.

“I, too, was furious at President Clinton and felt that he had lied under oath, but it didn’t reach the constitutional test of high crimes and misdemeanors, and was not sufficient to overturn an election and throw him out of office,” she said in an interview on Thursday in her Capitol Hill office.

In the case of Mr. Trump, she said, she would be “applying that same standard.”

Ms. Collins’s position as a centrist gives her outsize influence over the shape of Mr. Trump’s trial, including whether new witnesses and evidence will be heard, just as it has in some of the most important and impassioned debates during her four terms in the Senate. But that middle ground is shrinking in the Trump era, leaving her open to bitter attack from both political parties.

She was among three Republicans who sank Mr. Trump’s attempts to repeal the Affordable Care Act, and she helped lead an unsuccessful effort to prevent him from taking unallocated money for his border wall. But she also voted for a tax bill that was the centerpiece of the Republican agenda. And the move that overshadowed all that was her deciding vote to confirm Justice Brett M. Kavanaugh, who was accused of sexual assault.

Ms. Collins’s health care vote in 2017 fueled hopes on the left and anger on the right over whether she might stray from party orthodoxy. But the Kavanaugh vote and the tax vote reinforced her lifelong party affiliation despite her aversion to parts of Mr. Trump’s agenda.

That confirmation vote — and her impassioned speech defending it on the Senate floor — generated millions of dollars in donations to be used against her, and a lengthy period of harassment and intimidation by critics, including numerous death threats. There were so many hostile calls targeting her that a 25-year-old employee in one of her Maine offices quit. One day, her husband texted Ms. Collins a photo of himself in a hazmat suit; someone had sent a threatening letter to their Maine home — where protesters gathered eight Sundays in a row — that claimed to contain ricin.

In Washington, a man waited for Ms. Collins in the dark as she parked her car one evening in the pouring rain, then followed her several blocks to her townhouse. A neighbor lamented to her that he hated living next to “a rape apologist.”

“It just made the whole time very unpleasant,” said Ms. Collins, who faces a steep re-election challenge in November, when she will seek a fifth term. “But anyone who thinks that they can intimidate me doesn’t know me.”

Ms. Collins’s history, and her competitive race to keep her seat, puts her at the top of the list of senators under scrutiny in the impeachment debate. Reporters on Capitol Hill toil to divine her intentions; as the articles of impeachment were read Thursday on the Senate floor, Ms. Collins, who was suffering a bad cold, coughed and dabbed at her eyes, causing several reporters to call her office to ask why she was crying.

Her vote at the conclusion of Mr. Trump’s trial almost certainly will not determine whether he becomes the first president to be removed from office by the Senate — the 67 votes required, at this point, are not there. But Ms. Collins will be pivotal to resolving procedural questions, including a battle between Republicans and Democrats over calling witnesses and admitting new documents as part of the Senate trial. And Ms. Collins has signaled that she will buck her party and support both moves.

“I would anticipate that it is likely that I would vote to have more information brought forward, whether witnesses or documents or both,” she said Thursday.

Ms. Collins convened several meetings in her office with the Republican senators Lisa Murkowski of Alaska, Mitt Romney of Utah and Lamar Alexander of Tennessee to cobble together a provision ensuring a vote on the matter after opening arguments by both sides and questions from senators. If the four hang together on the issue, their votes would be enough — along with the 47 that Democrats control — to demand more information come out in the trial.

And her eventual vote on whether to remove the president will be politically significant as well, both to Mr. Trump and to Ms. Collins. Since he was impeached last month, the president has leaned on his party’s unified opposition to dismiss the whole effort as a partisan “hoax,” and he has made it clear he looks forward to an exoneration by the Republican-led chamber. Even a single Republican vote in favor of removing him would undermine that.

In Maine, Ms. Collins’s choice could prove even more consequential to voters, and perhaps play a critical role in her legacy.

“There is no doubt that there are going to be Mainers unhappy with me no matter what conclusion I reach,” said Ms. Collins, who said she has been powering through an enormous white binder detailing the trial’s substance.

The Kavanaugh confirmation, among the most bitter Senate fights of the Trump administration, may have shored up support among a Republican base smarting from some of Ms. Collins’s other votes, but it enraged many of the independent and Democratic voters who have helped keep Ms. Collins comfortably in office for years. It also set the stage and tone for the impeachment fight.

What appears to rankle Ms. Collins is the suggestion that her votes are mere political calculations. She often says she consults a bevy of experts, reams of transcripts and scores of interviews with people who have a personal stake in a policy outcome.

To prepare for Mr. Trump’s trial, she met with specialists from the legal division at the Congressional Research Service and had her staff put together a huge notebook about the 1999 trial procedures. She has read myriad transcripts of the House hearings and reports on the Ukraine matter and Mr. Trump, she said.

“I felt that the process that we followed in 1999 worked really well and produced a fair outcome,” she said, including the decision to call witnesses and examine additional evidence, which most Republicans are resisting this time around.

In voting for witnesses but rejecting one or both charges against Mr. Trump, Ms. Collins might anticipate she can satisfy both Maine Republicans, many of whom are very loyal to the president, and the many Democrats and independents she has always relied on for her victories.

But that is far from clear in such a hyperpartisan environment. And she will be running for re-election against several opponents in November, including Sara Gideon, the Democratic speaker of Maine’s House.

“I am definitely expecting this to be an all-out brawl from both left and right groups, along with the candidate and party spending,” said Michael M. Franz, a co-director of the Wesleyan Media Project, which tracks political advertising spending.

Maine’s race already surpassed all other Senate races in terms of campaign spending for 2019, Mr. Franz said. “All told, I don’t expect either side to be dramatically outspent, since pro-Democrat groups see this election as one of their likeliest prospects,” he said.

Compromise legislation of the sort that used to help lawmakers in Maine, where voters love independence, is increasingly rare in Congress these days. (A notable exception is the recent North American trade agreement.)

Polls show approval ratings for Ms. Collins, long one of the nation’s most popular senators, dipping.

“Maine has a kind of model of what they want a political figure to look like, which has elements of being respected nationally, civility and a certain degree of bipartisanship and independence,” said Amy Fried, the chairwoman of the department of political science at the University of Maine. “However in today’s politics she has been pushed out of that.”

For example, Ms. Fried said, although Ms. Collins is seen as supportive of abortion rights and pro-environment, political advocacy groups that press for those issues are not likely to support her this year.

“Senator Collins is now the most unpopular Senator in the country because she’s shown over and over again that she will put the needs of corporate special interests and Mitch McConnell ahead of Mainers,” said Kathleen Marra, the chairwoman of the Maine Democratic Party, who says there has been a tremendous surge in enthusiasm and volunteer engagement in her state.

Yet incumbency can be a powerful force. Ms. Collins is known as a shrewd politician who has built ties to every part of the state and labors to scrape together benefits for its shipyards, lobstermen and large elderly population and to promote them when at home.

Impeachment could be a wild card.

“I feel confident she is beatable, but don’t feel confident she will definitely lose yet,” said Brian Fallon, the executive director of Demand Justice, one of the many groups spending millions of dollars to highlight Ms. Collins’s Kavanaugh vote. “It is still going to take a lot of work.”