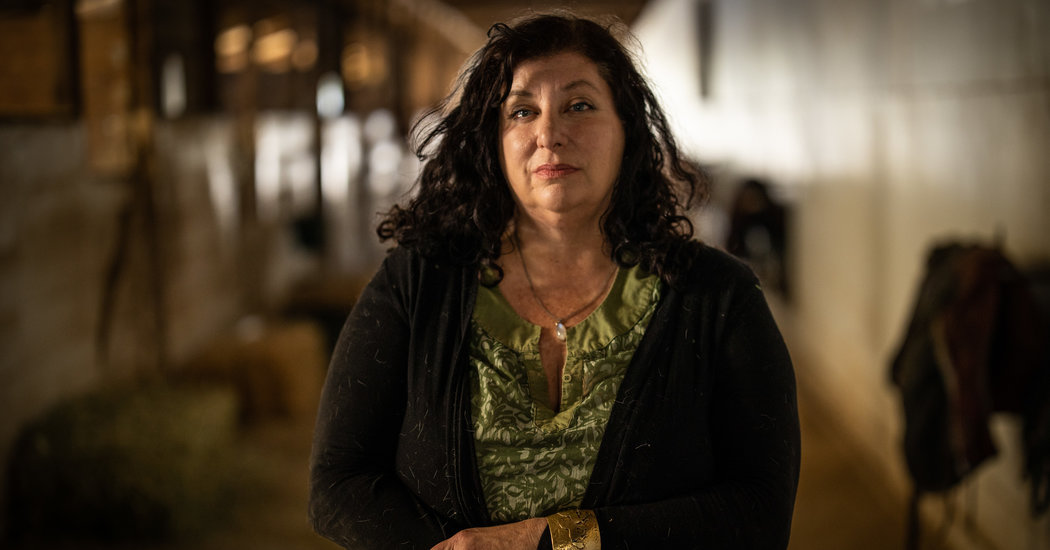 Tara Reade complained to her ex-husband during the 1990s that she had been a victim of sexual harassment while working in Joseph R. Biden Jr.’s Senate office, court records show, providing the first contemporaneous record supporting her claims that sexual misconduct occurred when she worked for Mr. Biden.

The records, part of more than 500 pages filed in connection with Ms. Reade’s 1996 divorce in California, do not specifically say that Mr. Biden, the former vice president and presumptive Democratic presidential nominee, was the perpetrator, nor do they allege that she was sexually assaulted, her most recent claim.

“On several occasions petitioner related a problem that she was having at work regarding sexual harassment in U.S. Senator Joe Biden’s office,” Ms. Reade’s ex-husband, Theodore Dronen, said in a court declaration in which he responded to her request for a temporary restraining order against him.

The existence of the document was first reported by The San Luis Obispo Tribune on Thursday. The New York Times subsequently obtained a copy of the court file from San Luis Obispo Superior Court.

In the document, Mr. Dronen said he believed the events disturbed Ms. Reade and led to her departure in 1993 from Mr. Biden’s office when he served in the Senate.

“It was obvious that this event had a very traumatic effect,” he said, according to the court document, arguing that it led her to make exaggerated claims against him, “and that she is still sensitive and effected by it today.”

Ms. Reade has accused Mr. Biden of assaulting her in the Senate complex in 1993, placing his hand under her dress and penetrating her with his fingers.

In an appearance May 1 on MSNBC’s “Morning Joe,” Mr. Biden flatly denied any inappropriate conduct. “I am saying unequivocally it never, never happened, and it didn’t. It never happened,” Mr. Biden said, adding that no one in his office remembers any complaint by Ms. Reade or anyone else.

The Biden campaign on Friday cited news articles that it said showed inconsistencies in Ms. Reade’s account and said in a statement: “The truth is that these allegations are false and that the material that has been presented to back them up, under scrutiny, keeps proving their falsity.”

The New York Times interviewed dozens of workers in Mr. Biden’s office in the early 1990s and was unable to find anyone who remembered any kind of sexual misconduct against Ms. Reade or anyone else in the office. Five friends, former co-workers and family members have come forward to corroborate that Ms. Reade told them of an episode of either assault or harassment.

President Trump, who has been accused of sexual assault and misconduct by more than a dozen women, weighed in on the situation Friday morning on “Fox & Friends.” Asked if he thought Ms. Reade’s accusation was false, he said: “I don’t know if it’s false or not. Joe is going to have to prove whatever he has to prove or she has to prove it but that’s a battle he has to fight.”

The court records from 1996 recap the tumultuous 14-month marriage of Ms. Reade and Mr. Dronen, who met while they were both young staffers on Capitol Hill in 1993. The couple later settled in Morro Bay, Calif., along with their young daughter.

In a filing denying many of the claims Ms. Reade made against him, Mr. Dronen cataloged her claims of having been victimized, first by her separated parents and up to her Senate experience — an account he said that she had first told him when they worked in Washington.

“Petitioner told me that she eventually struck a deal with the chief of staff of the Senator’s office and left her position,” Mr. Dronen said, according to the document. “I was sympathetic to her needs when she asked me for help, and assisted her financially, and allowed her to stay at my apartment with my roommate while she looked for work.”

In an emailed statement sent to the The New York Times this week, Mr. Dronen said he wished Ms. Reade well, but declined to discuss details of their marriage. “Tara and I ended our relationship over two decades ago under difficult circumstances. I am not interested in reliving that chapter of my life,” the statement said.

The mention in the court complaint of Mr. Biden’s chief of staff — and a purported agreement with Ms. Reade — appears to refer to Ted Kaufman, a longtime aide to Mr. Biden.

Mr. Kaufman, who also served out Mr. Biden’s term as senator from Delaware when he became vice president, has denied any recollection of Ms. Reade or allegations of misconduct directed at Mr. Biden.

“I do not remember her, and had she come to me in any of these circumstances, I would remember her,” Mr. Kaufman said in a statement provided by the campaign. “But I do not, because she did not.”