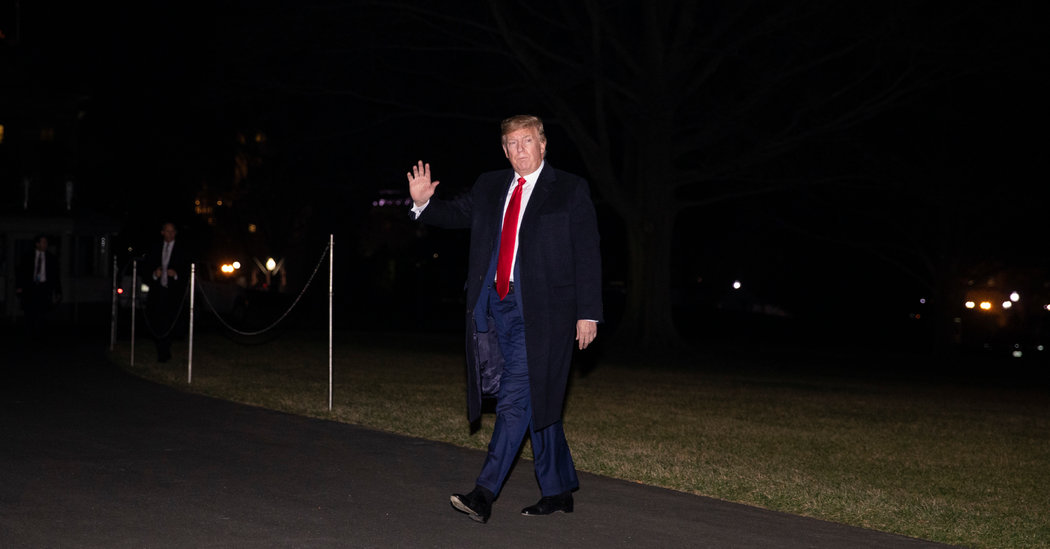 WASHINGTON — President Trump plans to address an annual rally of anti-abortion demonstrators on Friday in Washington, in what would be the first appearance by a sitting president at the March for Life, one of the movement’s marquee events.

Mr. Trump’s surprise announcement, made on Twitter on Wednesday as the Senate began hearing opening arguments in his impeachment trial, is his latest gesture of support for a cause dear to evangelical Christians who are a core part of his conservative base.

No president has personally attended the march in its 47-year history. Past Republican presidents might have been inclined to attend, but either on the advice of staff or their own instincts saw it as a step too far and instead showed their support in less visible ways, like through remote messages or by meeting with activists.

Mr. Trump, who once called himself “very pro-choice,” has until now addressed the group only remotely and welcomed some marchers at the White House.

But as he has battled for political survival in the face of multiple investigations and a re-election campaign, he has made increasingly warm overtures to evangelicals and sought to cast himself as the most firmly anti-abortion president in at least a generation.

His administration has already embraced the march, which draws thousands of attendees, in unprecedented ways. In 2017, Mike Pence became the first sitting vice president to attend the event, and the next year, Mr. Trump became the first president to address the rally by video. In his speech, the president vowed that his administration would “always defend the very first right in the Declaration of Independence, and that is the right to life.”

Many of the evangelical Christians who most strongly oppose abortion find Mr. Trump’s two divorces, penchant for profanity and lack of demonstrated interest in religion before he entered politics to be unsettling. But as a political bloc, they have stood by him loyally as he hands them long-sought judicial appointments and policy changes.

In a statement, Jeanne Mancini, the president of March for Life, praised the president for appointing anti-abortion judges, cutting taxpayer funding for abortions in the United States and abroad, and outspokenly opposing late-term abortions.

“President Trump and his administration have been consistent champions for life,” she said, “and their support for the March for Life has been unwavering.”

Mr. Trump’s announcement comes a few days after the Susan B. Anthony List, an anti-abortion political action group, announced that it would spend $52 million to support the president and other Republican candidates in the 2020 election cycle, a sum the group called a record.

The group’s president, Marjorie Dannenfelser, a former chairwoman of the 2016 Trump campaign’s Pro-Life Coalition, said in a statement that Mr. Trump’s attendance at the March for Life “signals a watershed moment for the pro-life movement.”

The March for Life, which has its headquarters in downtown Washington, says its mission is to “promote the beauty and dignity of every human life by working to end abortion — uniting, educating, and mobilizing pro-life people in the public square.”

On Twitter, Ilyse Hogue, the president of NARAL Pro-Choice America, called the president’s announcement “a desperate attempt to divert attention from his criminal presidency and fire up his radical base.”

Writing in the conservative news outlet The Daily Wire on Wednesday, Russell T. Vought, Mr. Trump’s acting director of the Office of Management and Budget, called him “the most pro-life president in history” and celebrated what he called “a golden chapter for our movement.”