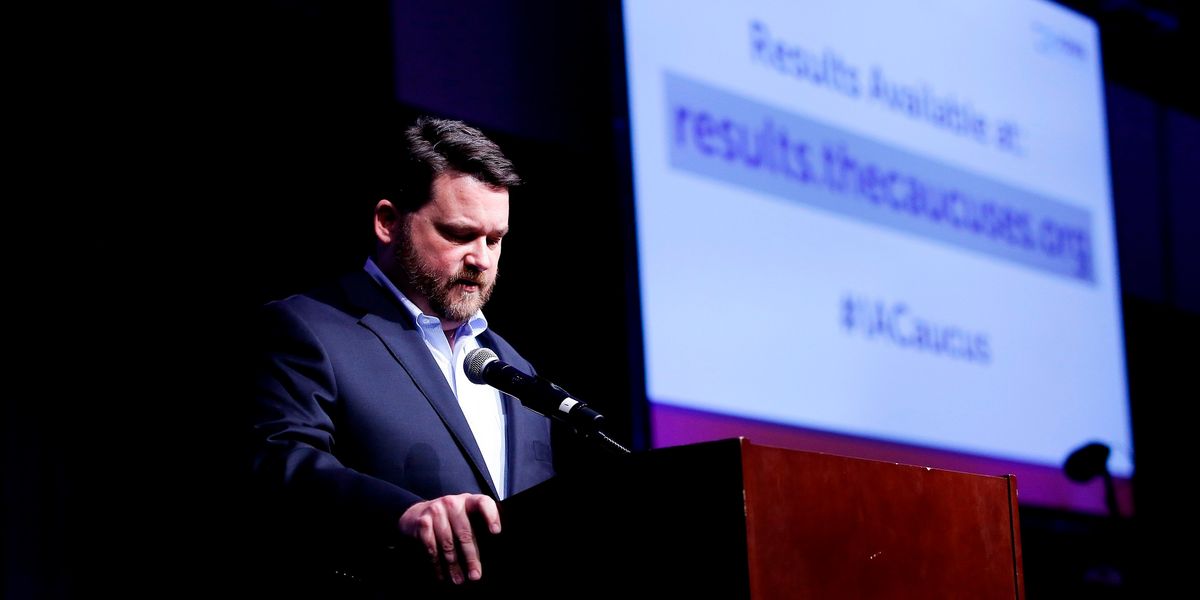 Iowa Democratic Party Chairman Troy Price issued his letter of resignation Wednesday, announcing that he will step aside as soon as his replacement is elected so that the party can move forward amid recounts in the ongoing caucus debacle.

According to the Des Moines Register, “Price said he would call for an emergency meeting of the state central committee at 1 p.m. on Saturday to elect an interim chair.”

Price added that “Whomever is elected will oversee the completion of the recanvass and recount process and begin the process of healing our party.”

There are still no final results from last week’s disastrous Iowa caucuses, after confusion over the process, the failure of a new app for submitting results, and tallying inaccuracies left media outlets unable to definitively declare a winner. Preliminary numbers show either former South Bend, Indiana, Mayor Pete Buttigieg or Sen. Bernie Sanders (I-Vt.) won, but the race is too close to call and questions over accuracy remain.

Democratic National Committee Chairman Tom Perez has refused to take any responsibility for the fiasco, saying last week that the Iowa Democratic Party was to blame. Perez emerged to call for a total recanvass of the vote in Iowa after days of chaos amid demands that Perez resign himself.

Former Iowa state senator and Democratic gubernatorial nominee Jack Hatch criticized the DNC chairman for his treatment of Price and the state party over the ordeal, telling Politico of Perez, “He got pushed by the national criticism and threw Iowa under the bus. The other state parties’ chairs and the other states are in the same position: Can they trust the national chairman?”