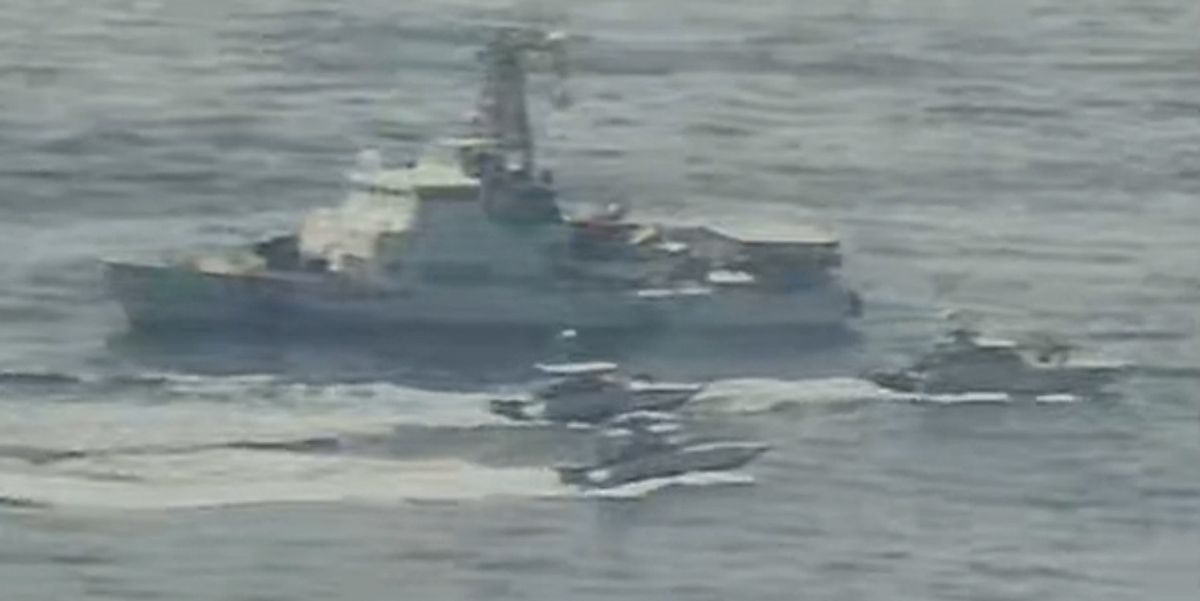 U.S. Navy ships encountered Iranian Islamic Revolutionary Guard Corps Navy speedboats in the Persian Gulf last Wednesday. The U.S. Department of Defense called the maneuvers by the Iranian ships “dangerous and provocative.” Iran has denied any wrongdoing and called Washington’s accusations a “Hollywood tale.” The IRGC also warned that any error in calculation “will receive a decisive response.”

Six Navy and Coast Guard ships encountered 11 Iranian IRGC Navy speedboats last week in international waters. At one point, an armed Iranian vessel came within 10 yards of a Coast Guard cutter. The U.S. Navy stated that the Iranian boats “repeatedly crossed the bows and sterns of the U.S. vessels at extremely close range and high speeds.”

U.S. military members captured video and photos of the face-off.

The U.S. Navy said that the IRGC Navy’s repeated maneuvers “increased the risk of miscalculation and collision.”

Despite photos and videos showing the IRGC speedboats getting within close proximity to U.S. ships, Iran claims that the U.S. is sharing “fake stories” and it would retaliate to any errors with a “decisive response.”

“We advise the Americans to follow international regulations and maritime protocols in the Persian Gulf and the Gulf of Oman and to refrain from any adventurism and false and fake stories,” the IRGC said in a statement.

“They should be assured that the Revolutionary Guards navy and the powerful armed forces of the Islamic Republic of Iran sees the dangerous actions of foreigners in the region as a threat to national security and its red line and any error in calculation on their part will receive a decisive response,” the Iranian military branch warned.

Iran said its naval ships were conducting a drill when they encountered “the unprofessional and provocative actions of the United States and their indifference to warnings.”

Iran’s Revolutionary Guards said they had increased patrols in the Gulf.

U.S. Secretary of State Mike Pompeo was asked about the incident during a Fox News interview last week and whether he had consulted the Pentagon about the situation.

“We’ve talked as a team. We’re evaluating how best to respond and how best to communicate our displeasure with what … took place,” Pompeo responded.