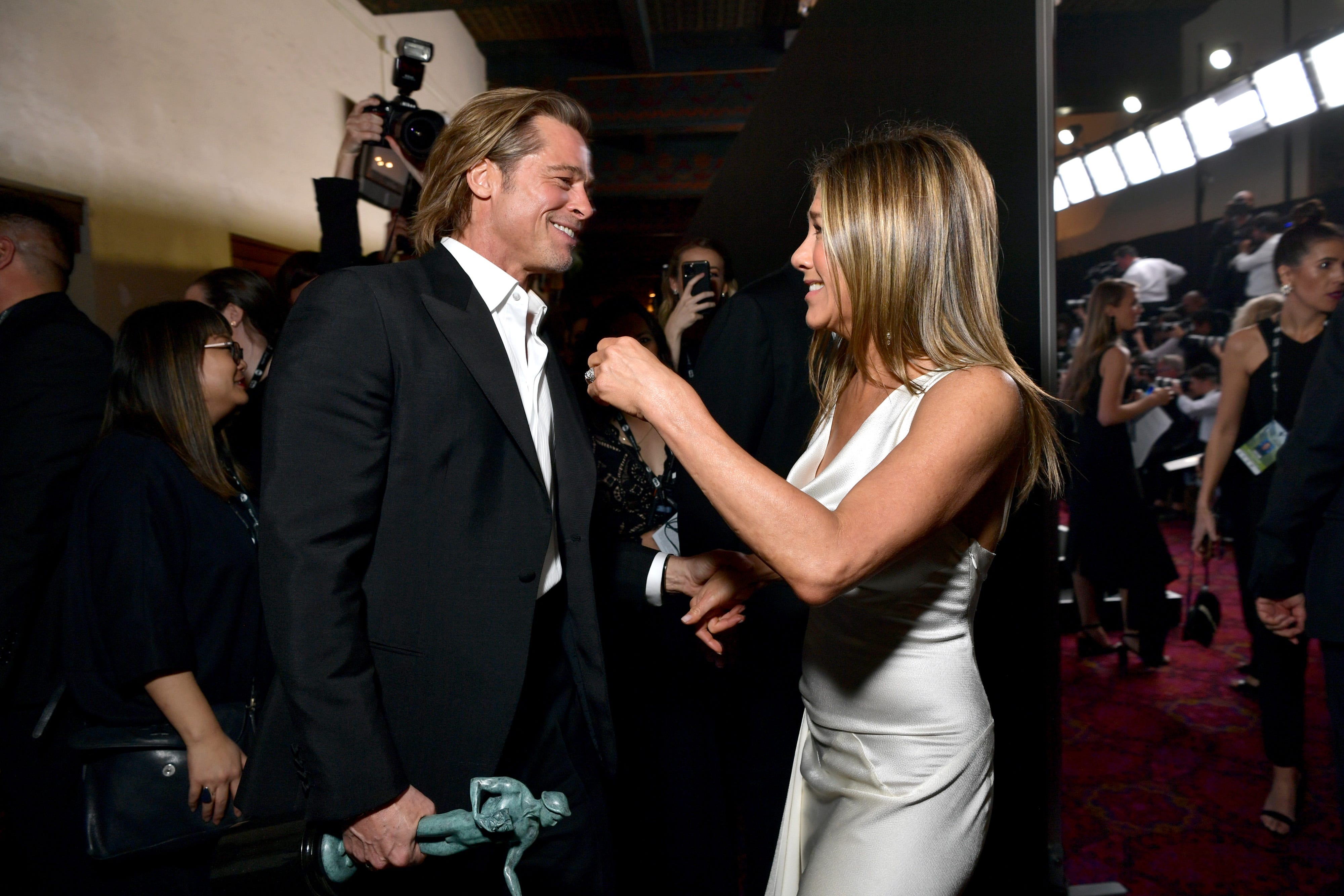 Jennifer Aniston and Brad Pitt had a busy night at the SAG Awards. The exes both won awards within moments of each other and were snapped celebrating backstage.

On Sunday night, Aniston won outstanding female in a drama series at the 2020 Screen Actor’s Guild Award for “The Morning Show” while Pitt, minutes earlier, notched another win for best supporting actor for his performance in “Once Upon a Time in Hollywood.”

“I was thinking back to when I was a little girl and I would … tape ‘Laverne & Shirley’ (and) ‘Happy Days,'” she said during her acceptance speech. “I would just think, ‘One day I’m going to do that. I really know I’m going to get out of this house. … I’m going to be that.'”

She addressed her fellow actors directly: “Your performances inspire me for years and I feel like we’ve kind of grown up together.”

Aniston’s “unbelievable” win marked her first SAG award in nearly 25 years after taking home a statuette with the “Friends” cast in 1996. This time around she won for portraying Alex Levy on “The Morning Show,” a role that allowed her to channel her emotions into her character.

Aniston ended her acceptance speech with some raw emotion. She teared up while saying, “to be up here is truly an honor.”

Aniston’s ex-husband Pitt stopped everything he was doing to watch her speech backstage.

But during her speech, Aniston gave another man a special shout-out.

“Oh, Adam Sandler, your performance is extraordinary and your magic is real buddy,” said Aniston. “I love you.”