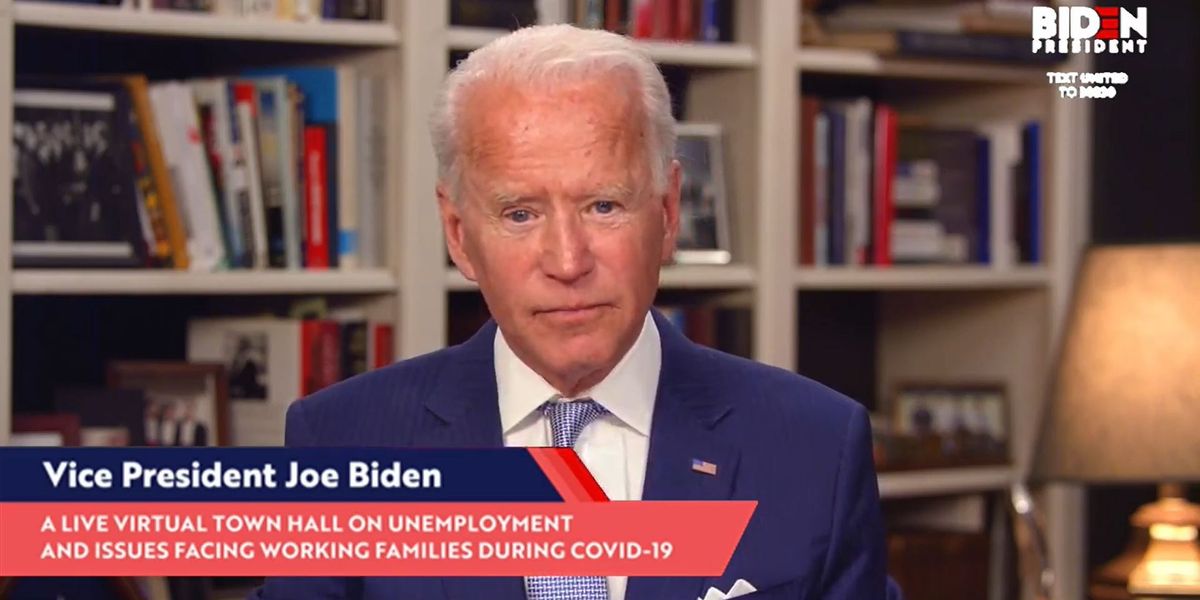 Former Vice President Joe Biden is having trouble getting the masses to pay attention to what he has to say about the COVID-19 pandemic, despite regular attempts to hold briefings and frequent mainstream media appearances from his Delaware home.

An NBC News poll asked respondents about their level of trust in President Donald Trump and in Biden regarding what they say about the coronavirus. In Biden’s case, most respondents were either totally unaware that he was talking about COVID-19, or had no opinion at all. From NBC News:

Since the last Democratic presidential debate between Biden and Sen. Bernie Sanders (I-Vt.) on March 15, Biden has mostly appeared publicly on interviews and live video streams from his home. The escalation of the coronavirus pandemic in the U.S. turned the primary, which Biden won when Sanders finally dropped out earlier this month, into a sideshow.

The poll also showed that a majority (52%) of respondents do not trust President Trump’s statements about the coronavirus, while 36% do trust him. The most trusted information sources, according to the poll, are the Centers for Disease Control and Prevention, state governors, and Dr. Anthony Fauci. New York Gov. Andrew Cuomo (D) was also trusted by more respondents than the president.

Why this might matter: The nation is becoming more divided between those who believe the economy should be reopened quickly, and those who believe the COVID-19 risk is still too great to return to normal. President Trump has been pushing for a more rapid reopening in order to save jobs and businesses, while Fauci and some Democratic governors favor longer lockdowns in order to prevent a potential second surge of the virus.

Politically, Biden’s relative irrelevance in the U.S. coronavirus response could work in President Trump’s favor in November, with Biden having been unable to capitalize on the crisis by successfully undermining Trump or by presenting himself as a leader on the issue. Biden’s absence from the big stage created space for Cuomo, who isn’t even running, to get some presidential buzz in the media recently.

Still, being out of sight and out of mind could be a best-case scenario for Biden, whose public appearances regularly show him appearing confused, distracted, and unable to express coherent thoughts.