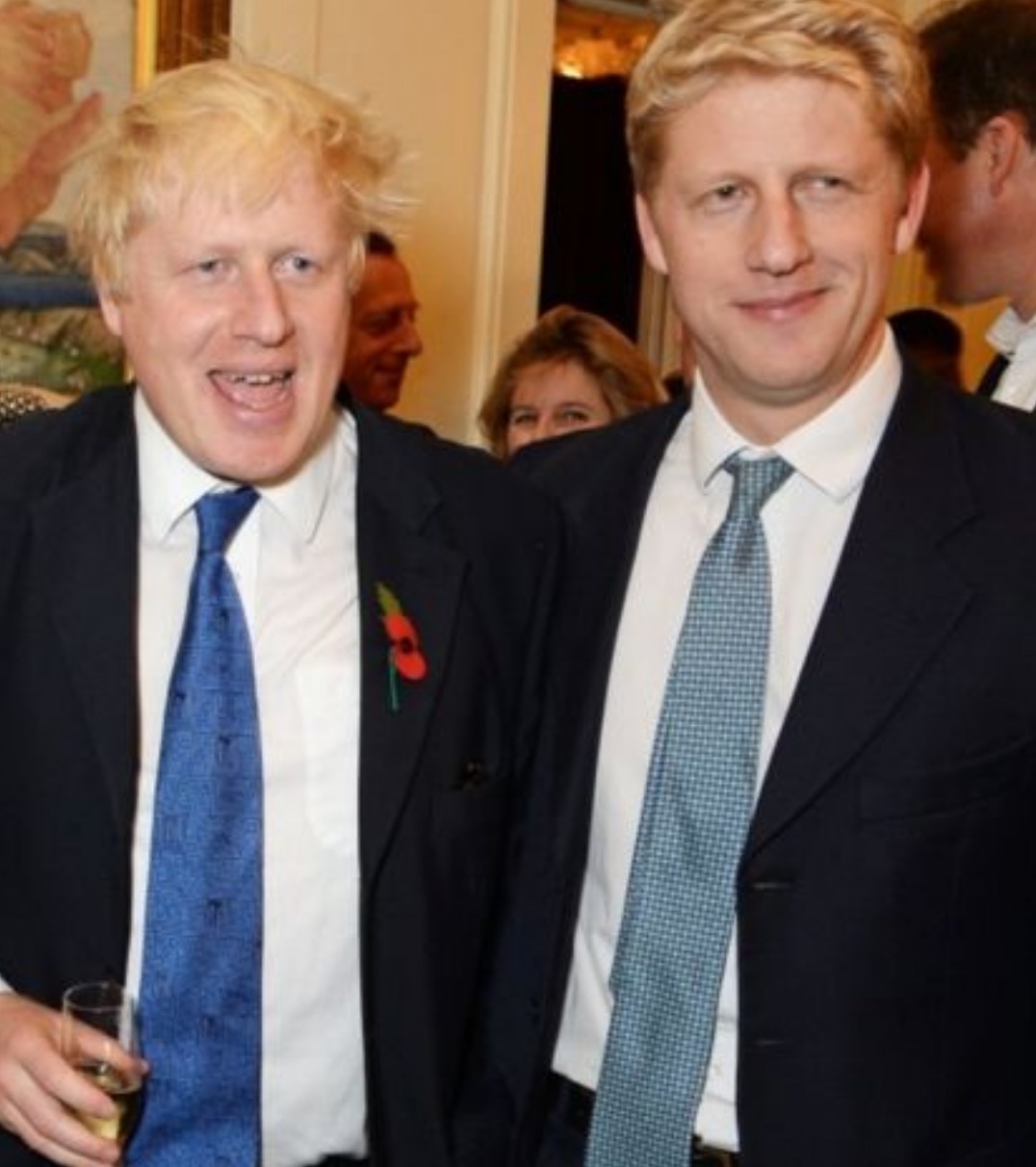 Greetings from the Mark Steyn Cruise, currently sailing the beautiful Inside Passage of Alaska. Across the continent and an ocean, Westminster continues to be roiled by Brexiteers and Remoaners locked, like the latter seasons of Dynasty, locked in ever more demented plot twists. Today Her Majesty’s Government suffered its first resignation since Boris Johnson took over as Prime Minister. The Minister for Universities and Science quit, and is leaving Parliament. His name is Jo Johnson. Any relation? Why, yes. He’s Boris’ brother. In the normal course of events, no normal person knows who the Minister for Universities is, or indeed that such a post exists, or, if aware of this grand office, what the chap who holds it does all day long: He ain’t a heavy, he’s his brother – that’s all. But the junior Johnson, a Remainer, has walked out on the senior Johnson, a Leaver, so it’s the biggest thing since Cain fired his Secretary of State for Sheep-Herding. Boris was his brother’s keeper, but he couldn’t keep him. So the Remainer leaves, putting a question mark over whether the Leaver can remain.

~All sides are throwing around media accusations of “constitutional outrage”, ever since Boris got the Queen to prorogue Parliament and was instantly ungraded from PM to Caudillo of the new dictatorship. I am more sympathetic to the charges against his opponents: Jeremy Corbyn, Leader of Her Majesty’s Loyal Opposition, has been claiming for months to want a general election. Indeed, there is no reason not to have one. On Tuesday the Prime Minister formally lost his majority, when some Tory nobody I’d never heard of crossed the floor and became a Liberal. So Boris and his team cannot govern. Indeed, even their minority is shrinking by the hour, as he removes the whip, expels and deselects those who vote against him on Brexit.

And yet Corbyn voted down Boris’ motion for a general election – because the Opposition Leader is determined to force the Government to enact not its own but the Opposition’s policy, by making Boris go to Brussels, grovel, and beg for another extension of Britain’s zombie membership in the European Union. To put it in American terms, the legislative branch wants to maintain the executive branch in power purely as its dead-eyed sock puppet. That is certainly a constitutional abomination, and, cautious as she is in such matters, I have no doubt the Queen regards it as such.

~Why is Corbyn doing this? Isn’t an Opposition Leader supposed to bring down the Prime Minister so he can force an election and replace the bloke? Yes, but Corbyn would lose that election, and Boris would likely win. The guff about the will of Parliament and the people’s representatives obscures the reality – that this situation exists because of the ever wider chasm between the people and their representatives, between a citizenry that voted to leave the European Union and the fanatically Remainer Liberal Democrats, openly Remainer Celtic nationalists, covertly Remainer Labour Opposition, and semi-Remainer Tory backbench all determined to subvert the will of the people. You can dress that up in all kinds of parliamentary flimflam, but, when politicians who’ve been bleating about a “people’s vote” for over a year refuse to let the people vote, you know these tribunes of the masses have gone rogue and left the masses far behind.

~Who’s to blame for this? My old boss Charles Moore has no doubt:

When one important person breaks the deepest conventions, it is a case of ‘untune that string and hark what discord follows’. The great untuner in all this is not Boris Johnson by proroguing to a timetable to suit his political convenience (as other prime ministers have done in tight spots). It is Mr Speaker Bercow — in general because the Speaker must be impartial, and he isn’t; in particular because he keeps trashing the rule by which the government controls the business of the House. This really has upset the balance of the system. The British tradition, eloquently expounded by Jacob Rees-Mogg in his speech in parliament on Tuesday night, is that we are governed through the House of Commons, not that the House of Commons is the government. Once the Commons tries to become the government, no one can function as prime minister, so a general election becomes necessary.

Bercow is an appalling partisan travesty of a Speaker and a disgrace to his office. But I would also blame another – David Cameron, the modish twerp who gave Britain the Fixed Term Parliaments Act. A concession to the Liberal Democrats in his coalition, this alleged “modernization” of the system has, in fact, wrecked it. In the old days, Boris would have gone to the Palace and said, “Your Majesty, I can command no majority in the House, and so your Government cannot govern. Put Corbyn in or call an election.” Now he requires a two-thirds majority of the House to get that election, and the House won’t give it him because they wish to hold him hostage in his inability to govern.

So one supposedly modest “reform” by Cameron, its virtues obvious to all right-thinking people, has wrecked the balance of centuries. The Mother of Parliaments is now, as the rappers would say, the Muthaf***er of Parliaments: It is not a becoming sight.

~ The obvious characterization of these last few days of Parliamentary histrionics is George S Kaufman’s, after the Germans invaded Russia: “I think they’re shooting without a script.” As for Boris, when Donald Trump does something baffling to conventionally minded political sages, he is said to be playing 3D chess. By that standard, Boris would have to be playing 9D chess. We shall find out very soon.

~For glimpses of our Steyn Cruise on its first day out of Vancouver, please see Anthony Watts’ dispatch at the world’s Number One climate website, WattsUpWithThat, and also Blazing Cat Fur. We have hundreds of Steyn aficionados from the US, UK, Canada, Australia, New Zealand, India, and even a couple from the Czech Republic. If it sounds kind of fun, well, there’s always next year’s Third Annual Mark Steyn Cruise, sailing the Mediterranean with Michele Bachmann, Conrad Black and Douglas Murray among our shipmates. As with most travel and accommodations, the price and the choices are more favorable the earlier you book. If you have any queries, do call or email Cindy, our super-helpful cruise manager: If you’re dialing from almost anywhere but Australia (ie, the United Kingdom, Europe, Asia, Africa, South America), it’s 001 (770) 952-1959; if you’re calling from North America, it’s 1-800-707-1634. Or you can put it in writing here.)

Because of the cruise, Mark will miss his regular Thursday telly appearance with Tucker. But, for that brave band who enjoy him on camera, we will have some alternative video diversions for you tomorrow.