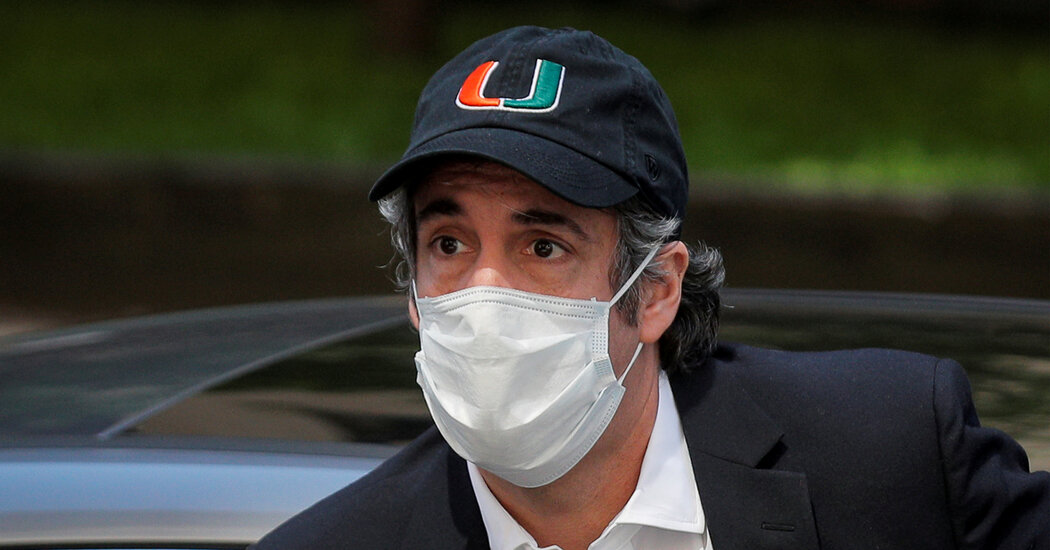 A federal judge on Thursday ordered that Michael D. Cohen be released into home confinement after finding that federal officials had returned him to prison in retaliation for his plans to write a tell-all memoir about President Trump.

The judge, Alvin K. Hellerstein of Federal District Court, said prisons officials had forced Mr. Cohen back to prison this month after he had been released on medical furlough because of his desire to publish a book before the election about his years as Mr. Trump’s personal lawyer and fixer.

“I make the finding that the purpose of transferring Mr. Cohen from furlough and home confinement to jail is retaliatory,” the judge said “And it’s retaliation because of his desire to exercise his First Amendment rights to publish a book and to discuss anything about the book or anything else he wants on social media and with others.”

The judge ordered that Mr. Cohen be released from prison on Friday to serve the rest of his sentence in home confinement at his Manhattan apartment.

Mr. Cohen had sued U.S. officials on Monday night, claiming federal officials sent him back into custody to prevent him from completing the book. In court papers, he said the book would paint Mr. Trump as a racist and offer revealing details about “the president’s behavior behind closed doors.”

E. Danya Perry, one of Mr. Cohen’s lawyers, said the judge had confirmed that the government could not block Mr. Cohen from publishing a book critical of the president. “This order is a victory for the First Amendment,” she said. “This principle transcends politics and we are gratified that the rule of law prevails.”

The court hearing in Manhattan on Thursday was the latest chapter in a long-running saga. Mr. Cohen, a legal bulldog who once bragged he would take a bullet for Mr. Trump, pleaded guilty in 2018 to campaign finance violations and other crimes.

As he entered his plea, Mr. Cohen pointed the finger at the president, telling the court that Mr. Trump had directed him to arrange hush money payments to two women who claimed they had affairs with Mr. Trump. Mr. Trump has denied the allegations.

In May, Mr. Cohen, 53, who was sentenced to three years, was allowed to leave a minimum-security prison camp in Otisville, N.Y., and go home as part of an effort by the Bureau of Prisons to curb the spread of coronavirus in the federal prison system.