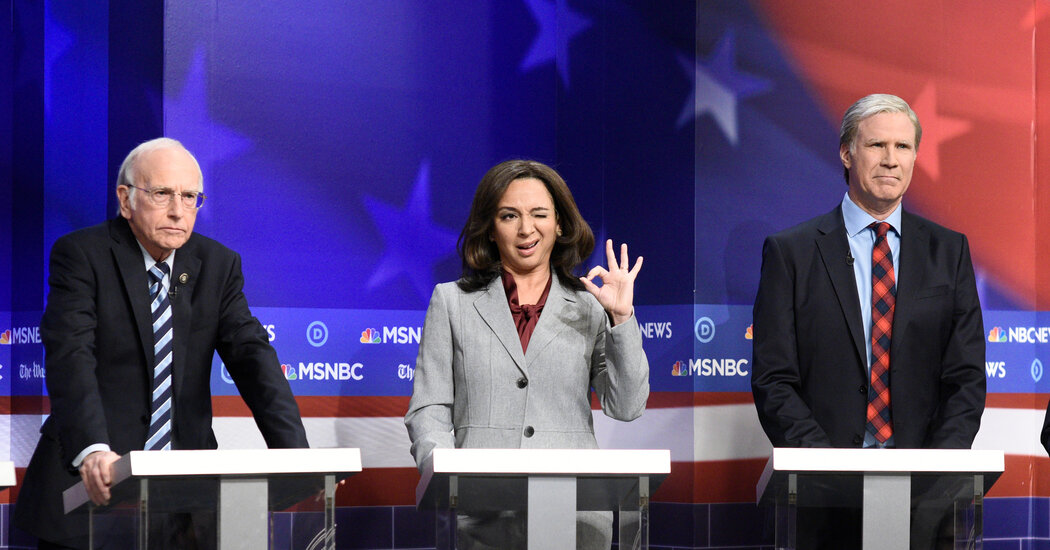 As a nation unpacks the political ripples of Kamala Harris’s selection on Tuesday as the Democratic vice-presidential nominee, at least one sizable constituency could stand to benefit: those who enjoyed Maya Rudolph’s star appearances as the California senator on “Saturday Night Live.”

The former “S.N.L.” cast member shined in three guest appearances lampooning the Democratic primaries, depicting Harris as a “fun aunt” who “will give you weed, but then arrest you for having weed.” The performances earned Rudolph an Emmy nomination for guest actress in a comedy series and an approving tweet from Harris herself.

Rudolph, who was in the cast of “S.N.L.” on NBC from 2000 to 2007, was in the middle of recording an “Entertainment Weekly” panel discussion on Tuesday when Harris was announced as Joseph R. Biden Jr.’s pick. She did not commit to playing Harris when “S.N.L.” returns for its scheduled 46th season in the fall, but seemed intrigued by the idea.

“I just didn’t really anticipate traveling during a pandemic, but if there’s anyone that can work it out, I’m sure Lorne has some sort of invisible helicopter that can get me there,” she added, referring to Lorne Michaels, the creator and executive producer of “S.N.L.”

Over the three appearances, Rudolph presented Harris as thirsty for a viral moment, desperately trying to reclaim the buzz from her well-received attack on Biden over segregation and busing in the first Democratic primary debate. In the third appearance, after Harris had dropped out of the race, Rudolph’s character crashed the debate stage, playing the part of an I’m-so-over-it ex with a martini in hand.

“I just want to show you how good you could’ve had it, America,” she said.

Harris appeared to have little problem with the impersonation. In October, before she dropped out of the race, she told MSNBC, “I plan on keeping Maya Rudolph in work for the next eight years.”

In September, she tweeted a GIF of Rudolph after the sketch depicted her as overusing the memorable “That girl was me” line from her debate showdown with Biden.

“S.N.L.” suspended its season in March because of the coronavirus, and the series has no set date for its return in the fall.