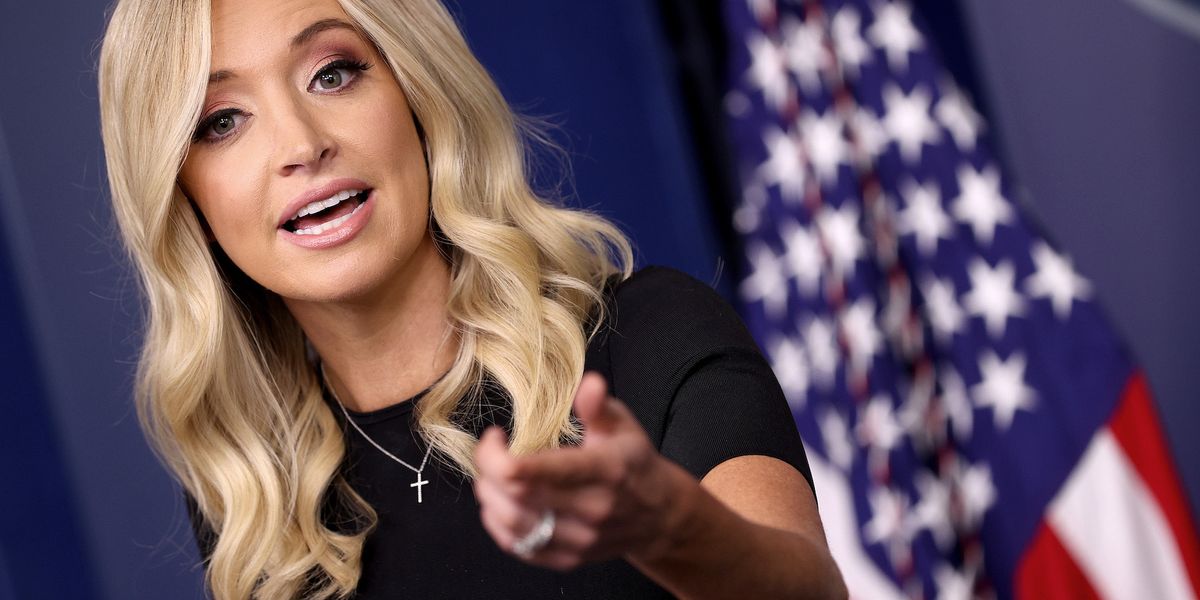 White House press secretary Kayleigh McEnany shut down a reporter pressing her for a number of dead Americans that should be considered a success for the coronavirus response by the Trump administration.

“Yeah, you know, every loss of life counts,” responded McEnany.

“We say 100,000, but like the president says, one death is something to be mourned. These 100,000 individuals have a face, the president takes this very seriously, it’s why he lowered the flag to half-staff for three days to remember these men and women,” she continued.

“I think you know, Dr. Birx said it best when she said that in their estimates they had anywhere between 1.5 and 2.2 million people in the U.S. succumbing to the virus if we didn’t shut down the economy. The president made the very hard choice of shutting down the economy so we avoided that extraordinary number,” McEnany explained.

“One death is too many, we never want to see a single individual lose their life,” she concluded, “but that being said, to be under significantly that high mark shows that the president did everything in his power and help to make this number as low as humanly possible.”

“So when voters go to the polls in November, and they want to judge the president on his response to this pandemic, what is the number of dead Americans that they should tolerate, where they can argue that yes, he successfully defeated the pandemic?”

“I think you’re asking the wrong question,” McEnany replied, “the right question is…”

Lizza objected loudly to McEnany attempting to reframe the question.

“I answered your question once, but if you ask it twice it doesn’t make it any better of a question,” McEnany responded. “So I’ll respond in kind, I’ve given you one answer, I’ll continue to extrapolate upon that.”

McEnany went on to repeat her answer to Lizza.

“This president made the right choice, it was a delicate balance, and he did it exactly as he should, guided by data, and we are far below 2.2 million dead Americans because of the actions of President Trump,” she concluded.

Here’s the heated exchange between McEnany and Lizza: