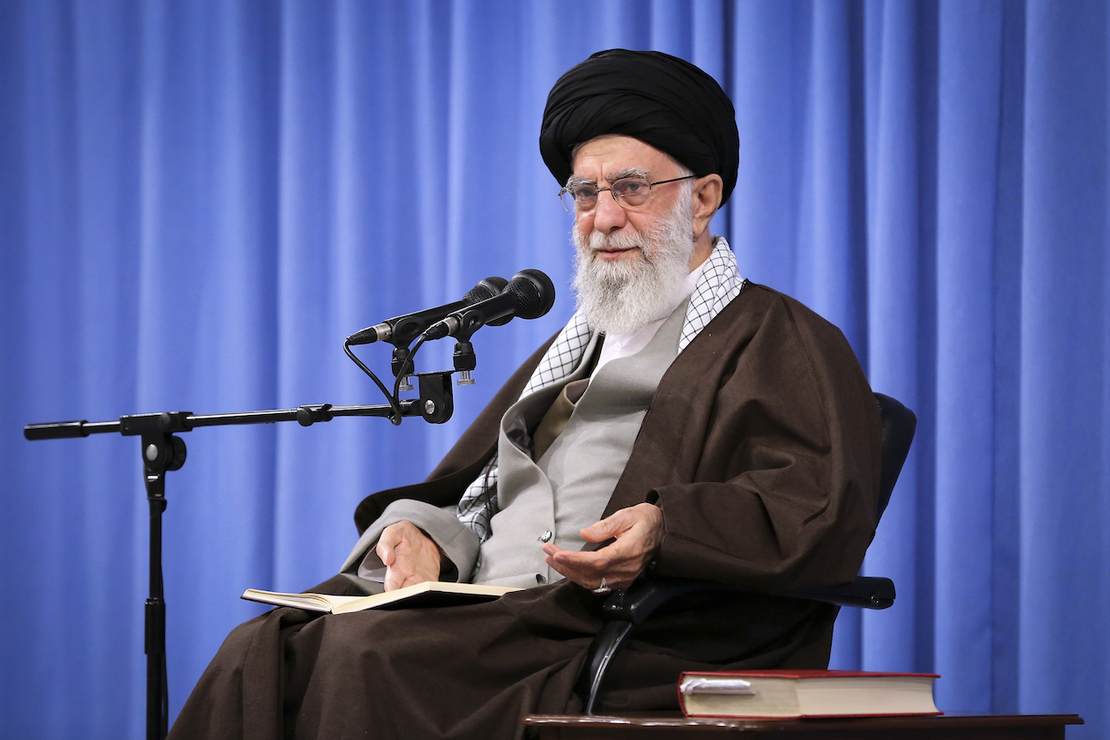 The niece of Supreme Leader Ayatollah Ali Khamenei, Farideh Moradkhani, was arrested last Wednesday, according to her brother. Her brother uploaded a video on Saturday of Farideh describing the men around her uncle as a “murderous and child-killing regime.”

Farideh is the daughter of the Ayatollah’s sister, Badri, who fled to Iraq in the 1980s at the peak of the war with Iran. Her husband is a dissident cleric, Ali Tehrani. Farideh has a history of opposing Iran’s clerical leaders and she has been jailed previously in Iran. Farideh’s brother, Mahmoud Moradkhani tweeted that she had been arrested on Wednesday after going to the office of the prosecutor following a summons.

Surely she must have known a summons wasn’t a good thing, yet she went. Did she deliberately want to be detained to protest the regime?

She was arrested last January. She is a prominent anti-death activist.

That arrest came after an October 2021 video conference in which she lavishly praised Farah Diba, the widow of Shah Mohammad Reza Pahlavi who was ousted by the 1979 Islamic Revolution.

Human Rights Activists News Agency (HRANA) said she was released on bail in April and her arrest last Wednesday was to begin serving an existing 15-year sentence.

The charges were not immediately clear.

She compares her uncle to Hitler and Mussolini.

She says Iranians will overthrow the Islamic Republic.

Her uncle has had her arrested in the past. pic.twitter.com/htjyBsnMc7

In the video she condemned the “clear and obvious oppression” Iranians have been subjected to. She goes farther to criticize the international community’s inaction. She tells other countries to stop supporting the Iranian regime.

“Free people, be with us! Tell your governments to stop supporting this murderous and child-killing regime,” she said.

“This regime is not loyal to any of its religious principles and does not know any law or rule except force and maintaining its power in any way possible.”

She said that sanctions against Iran are “laughable” and Iranians have been left alone to fight for their freedom.

The magnitude of the protests is unprecedented. This type of national uprising has spread to more than 150 cities and 140 universities in all 31 provinces of Iran, according to United Nations High Commissioner for Human Rights Chief Volker Turk. As I wrote about on Saturday, Khamenei is praising the Basij forces for their violent response to the protesters. He thanked them for protecting the country, labeling the protesters as rioters and thugs. A wing of Iran’s Revolutionary Guard, the Basij force’s deployment is seen as a sign of growing desperation by the regime unable to stop the protests. There is no doubt that as the desperation continues to grow, since the protesters are not backing down, the response by the regime will escalate against the protesters. God help them. The Iranians are showing incredible bravery in a potentially deadly situation.

Switching gears here, Iran is calling for the removal of the United States team from the 2022 World Cup. This happened after the United States Soccer Federation changed Iran’s flag on its social media platforms to show support for protesters in Iran. It was a temporary change to the flag, meant to last only 24 hours to show “support for the women in Iran fighting for basic human rights.” The U.S. federation displayed Iran’s national flag on its official Twitter, Instagram, and Facebook accounts without the emblem of the Islamic Republic. The graphic has since been deleted. It was of the Group B standings posted on Saturday. The Iranian flag only displayed its green, white, and red colors.

Iranian officials didn’t appreciate the slight by Team USA. The Iran state-aligned Tasnim news agency responded by placing a burning American flag as the header photo on its Twitter account.

“By posting a distorted image of the flag of the Islamic Republic of #Iran on its official account, the #US football team breached the @FIFAcom charter, for which a 10-game suspension is the appropriate penalty,” Iran state-aligned Tasnim news agency wrote on Twitter on Sunday. “Team #USA should be kicked out of the #WorldCup2022.”

FIFA hasn’t commented as of the time I am writing this post. On Tuesday, the Iranian and U.S. teams play each other in the Group B match. It’s a must-win tie for the U.S. in order to move forward in the championship.