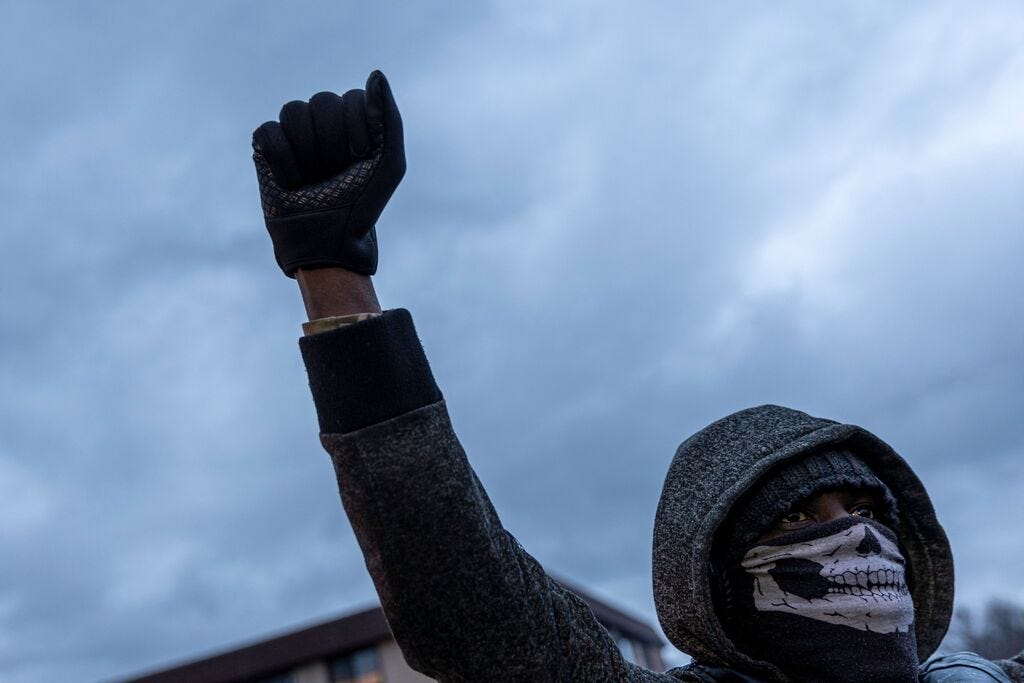 Kim Potter, 48, fatally shot Wright during a traffic stop Sunday. In charging documents, prosecutors said Potter’s “culpable negligence” caused Wright’s death and “created an unreasonable risk” when she shot him instead of using her Taser.

Body-worn camera footage shows Potter pointing her firearm at Wright as she shouts “Taser,” and the city’s former police chief described the incident as “an accidental discharge.”

However, Wright’s family has rejected police’s characterization of their son’s death, saying he was murdered and demanding the officer be held accountable to the “highest” standard.

“Certain occupations carry an immense responsibility and none more so than a sworn police officer,” said Imran Ali, Washington County assistant criminal division chief. “We will vigorously prosecute this case and intend to prove that Officer Potter abrogated her responsibility to protect the public when she used her firearm rather than her taser. Her action caused the unlawful killing of Mr. Wright and she must be held accountable.”

The Washington County Attorney Office’s is handling the charges against Potter after the Hennepin County Attorney referred the case following an agreement among prosecutors in the Minneapolis area to refer such cases of police use of deadly force.

Wright’s death has sparked protests around Minneapolis, an already tense area as the trial of Derek Chauvin in the death of George Floyd is in its third week of testimony.

Mayor Mike Elliott joined Wright’s family at a vigil Wednesday evening near where he was shot. Elliott has called for the officer to be held accountable and peaceful protests.

Ben Crump, a civil rights attorney representing Wright’s family, said while he appreciated that charges were brought against Potter but it will never bring Wright home.

“This was no accident. This was an intentional, deliberate and unlawful use of force,” Crump said in a statement.

Wright’s family described their son as a loving father to his young son, Daunte Jr. He enjoyed sports and spending time with his family during the holidays.

Katie Wright, his mother, said she was on the phone with Wright after he was pulled over. Wright told his mother he was being pulled over for air fresheners on his rearview mirror. Police later said the initial traffic stop was due to an expired registration.

Wright had an outstanding misdemeanor warrant on a weapons charge, which prompted the officers to try to arrest him.

Katie Wright said she told her son to give the phone to officers so she could tell them insurance information. She heard the officers tell Wright to exit the vehicle. Then she heard a scuffle and the phone hung up. When she called back, the woman in the car with Wright answered via video call and showed Wright’s body in the driver seat after being shot.

Potter’s body-worn camera footage shows her standing behind Wright’s vehicle as two other officers approach the car. As the one on the driver side begins to arrest Wright, a Black man, he stops. Potter, who is white, then grabs Wright’s arm, and Wright appears to reenter the driver seat as a struggle ensues.

Potter pulls out her firearm and points it at Wright as she shouts “Taser.” After she shoots Wright, Wright drives away, and Potter shouts “(Expletive), I just shot him.”

Wright’s family and many in the Minneapolis area have questioned how the officer could mistake her firearm for her Taser.

‘This could have been prevented’:Minnesota Timberwolves grapple with Daunte Wright shooting

Wright’s shooting is at least the 16th case of “weapons confusion” in the United States since 2001, and he is the fourth person to have died in such incidents, according to data compiled by the website FatalEncounters.org and University of Colorado professor Paul Taylor, who tracks such cases.

Wednesday night, a smaller crowd gathered outside the Brooklyn Center police headquarters, demanding justice and accountability for a fourth night. A curfew was in place again, and police issued dispersal orders around 9 p.m.

The police station was was barricaded behind concrete barriers and tall metal fencing, watched over by police in riot gear and National Guard soldiers with armored vehicles and assault rifles. Police fire rubber bullets earlier in the night.

Casey Clements, 30, was shot in the waist while by the fence. “That’ll add to the zip-tie bruises I got the other night,” he told USA TODAY as he was tended to by a medic, referring to his arrest Monday night.

In a news conference early Thursday, Minnesota State Patrol Col. Matt Langer said about 24 had been arrested ranging from curfew violations to probable cause rioting.