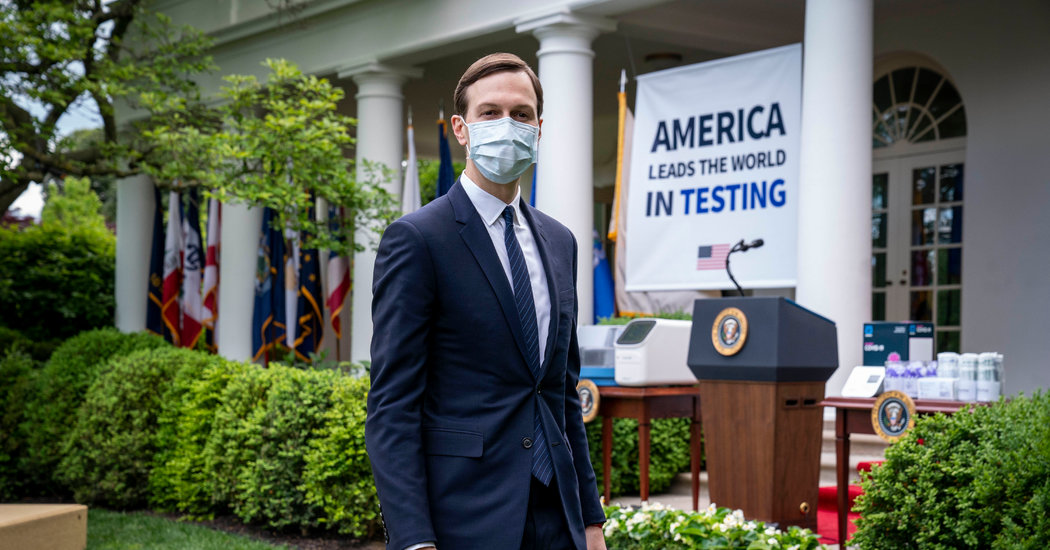 WASHINGTON — Jared Kushner, the president’s son-in-law and a senior White House adviser, refused on Tuesday to rule out postponing the presidential election in November, a comment that fed directly into Democratic concerns that President Trump might use the coronavirus crisis to delay or delegitimize the contest and one that contradicted Mr. Trump himself.

“I’m not sure I can commit one way or the other, but right now that’s the plan,” Mr. Kushner told Time magazine in response to a question about whether the election could be postponed because of the pandemic.

But Mr. Kushner’s comment raised alarms both because of the expansive power Mr. Trump has conferred on members of his family who serve in his administration and because it played into the worst anxieties of Mr. Trump’s detractors — that the president would begin to question the validity of the election if he feared he was going to lose.

The presumptive Democratic nominee, former Vice President Joseph R. Biden Jr., gave voice to those concerns at a virtual fund-raiser last month. “Mark my words, I think he is going to try to kick back the election somehow — come up with some rationale why it can’t be held,” he said.

Doubts about a smooth voting process in November have increased as states have canceled or postponed presidential primary elections to avoid the spread of the virus.

“The general election will happen on Nov. 3,” Mr. Trump said last month at a news conference when asked about Mr. Biden’s comment. But he also appeared to raise the specter of election fraud, noting that “I think a lot of people cheat with mail-in voting.” He added, “It should be, you go to a booth and you proudly display yourself.”

Despite his victory in 2016, Mr. Trump has consistently and without any evidence claimed that there was widespread voter fraud in the last presidential election. He even briefly formed a commission to examine it, but the group never found evidence and disbanded.

On Tuesday night, Mr. Kushner sought to clarify his earlier interview. “I have not been involved in, nor am I aware of, any discussions about trying to change the date of the presidential election,” he said. A White House official said Mr. Kushner was fully aware that the date was set by federal law.

Mr. Kushner’s hedge about the date of the election came as he has been bullish about the country reopening and returning to normal by July. “I think you’ll see by June that a lot of the country should be back to normal, and the hope is that by July the country’s really rocking again,” he said last month in an interview on “Fox & Friends.”

But his original remark on the election quickly drew fierce criticism from Trump critics.

“Kushner’s statement reveals amazing ignorance of the Constitution and law,” William Kristol, a conservative columnist and prominent “Never Trump” Republican, wrote on Twitter on Tuesday. “It reveals startling arrogance in taking for granted he gets to have some say about when the election is held. It also reveals an utter lack of understanding of his very subordinate role in our democracy.”