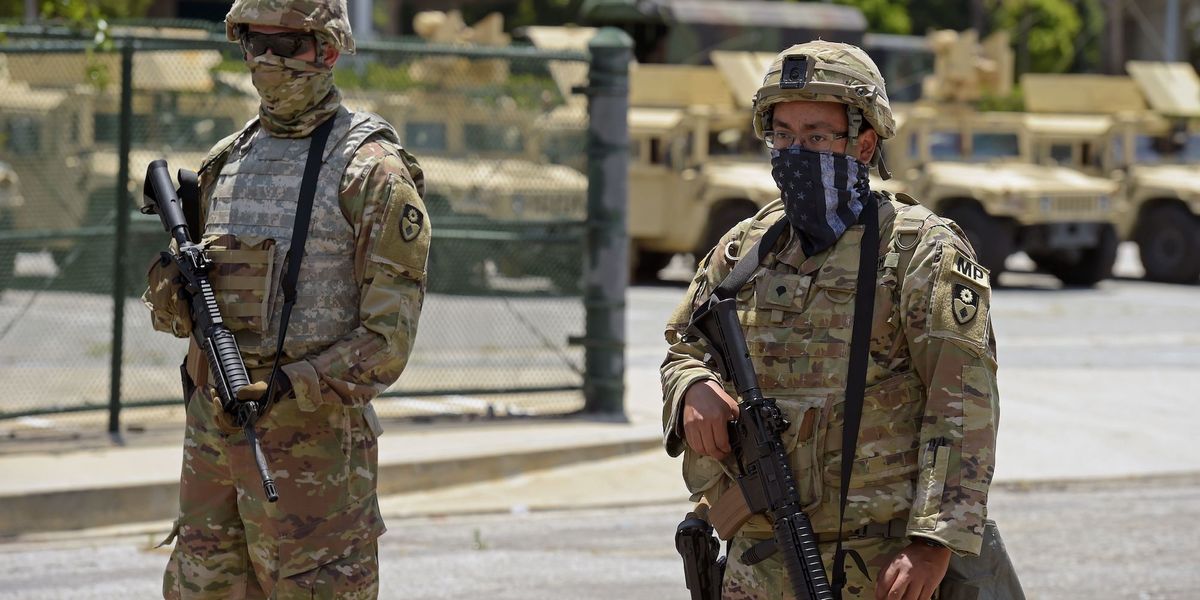 An alarming arrest was made in Los Angeles, California, when a man apparently posing as a National Guardsman was apprehended by LAPD at a protest against the death of George Floyd.

The man was caught when a real member of the National Guard spotted him at about 1:30 a.m. and noted that his uniform was not right, and that he was armed with an AR-15 instead of an M16.

The guardsman notified the LAPD and they made the arrest of 31-year-old Gregory Wong.

Bill Melugin of FOX 11 Los Angeles reported that police sources indicated that he was carrying numerous weapons, and he posted a photo of that gear.

“He was armed to the teeth and was booked on assault weapons charges. LAPD says federal charges may come next.” said Melugin.

Wong is reportedly from Northern California but lives in the Los Angeles area.

Melugin added that sources reported that Wong tried to get into formation with the rest of the National Guard when he was discovered.

He also posted a photograph of Wong being arrested by the LAPD.

Wong was charged with manufacturing and distribution of assault weapons and held on a $50,000 bond.

Here’s a local news report about the arrest: