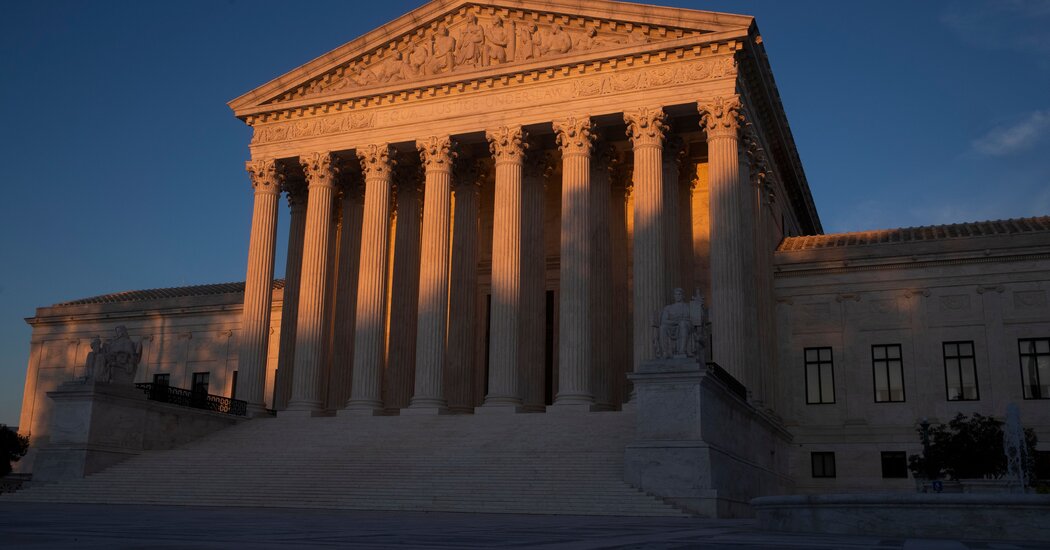 Their law clerks do a lot better. After a year of service at the court, they are routinely offered signing bonuses of $400,000 from law firms, on top of healthy salaries of more than $200,000.

What are the firms paying for? In a profession obsessed with shiny credentials, a Supreme Court clerkship glitters. Hiring former clerks burnishes the firms’ prestige, making them more attractive to clients.

Still, the former clerks are typically young lawyers just a couple of years out of law school, and the bonuses have a second and more problematic element, said Stephen Gillers, an expert on legal ethics at New York University. “They’re buying something else: a kind of inside information about how the court is thinking and how individual justices might be thinking,” he said.

The two-year ban is an attempt to address an appearance of impropriety, said David Lat, a legal recruiter and the founding editor of Above the Law, a legal news website. “They’re just trying to show that these large compensation packages are not buying access to the court,” he said.

Professor Gillers said the rule was a partial solution.

“The two-year ban is meant to dissipate the value of the inside information,” he said. “You cannot eliminate it altogether.”

A new study in Political Research Quarterly suggests that the ban has not been completely successful.

It examined about 3,600 Supreme Court arguments over two decades, controlling for many factors, and found that former clerks making arguments before the court were no more likely to persuade most justices than other lawyers. Another study last year came to a similar conclusion.

But the new study identified one striking exception. Former clerks were 16 percentage points more likely to attract the votes of the justice for whom they had worked. The relationship increased their chances of obtaining their former boss’s vote to about 73 percent, from about 57 percent.

“Sixteen percentage points is really objectively big in terms of moving the likelihood of a justice’s vote,” said Ryan C. Black, a political scientist at Michigan State University and one of the study’s authors.

Mr. Lat said the finding might reflect the intimate bonds clerks forge with their justices.

“The clerk-judge relationship is really one of the closest working relationships out there, especially in the legal profession,” he said. “I can totally understand how psychologically a justice would feel a certain loyalty and affection for a clerk.”

“It’s not an accident that judges and justices refer to their former clerks as family,” Mr. Lat continued. “Certainly you couldn’t argue a case before a family member. It’s a figure of speech, but it underscores how tight the bond is.”

Ryan J. Owens, a political scientist at the University of Wisconsin-Madison and the other author of the study, said its basic conclusion was that “knowing your former boss gives you a leg up.”

“When you clerk for a justice for a year, you come to know how that justice thinks very intimately,” he said. “You know the ins and outs of the justice’s thought processes.”

Former clerks have come to dominate Supreme Court arguments. In the past 15 years, the study found, about 75 percent of arguments before the court included at least one former clerk.

A single justice’s vote does not typically determine the outcome of a case, as the court has issued 5-to-4 rulings in about 20 percent of its cases in recent terms.

Former clerks for the justice at the court’s ideological center should be especially attractive to law firms, the study said. Until his retirement in 2018, the court’s median member was Justice Anthony M. Kennedy. Now it is Chief Justice John G. Roberts Jr., though that could change if President Trump succeeds in filling the vacancy created by the death of Justice Ruth Bader Ginsburg.

“The stock of former Kennedy clerks, by our accounting, should have dropped when he announced his retirement,” the study said. “On the contrary, former clerks for Chief Justice Roberts are likely in high demand now that he is the median justice.”

What the new study documented, Professor Gillers said, is what everyone knows. “Personal relationships matter,” he said, and businesses try to exploit them.

“This is rampant,” he said. “Not only is it rampant, it’s smart. When you get to the Supreme Court, of course, the concern increases, but human nature does not change.”