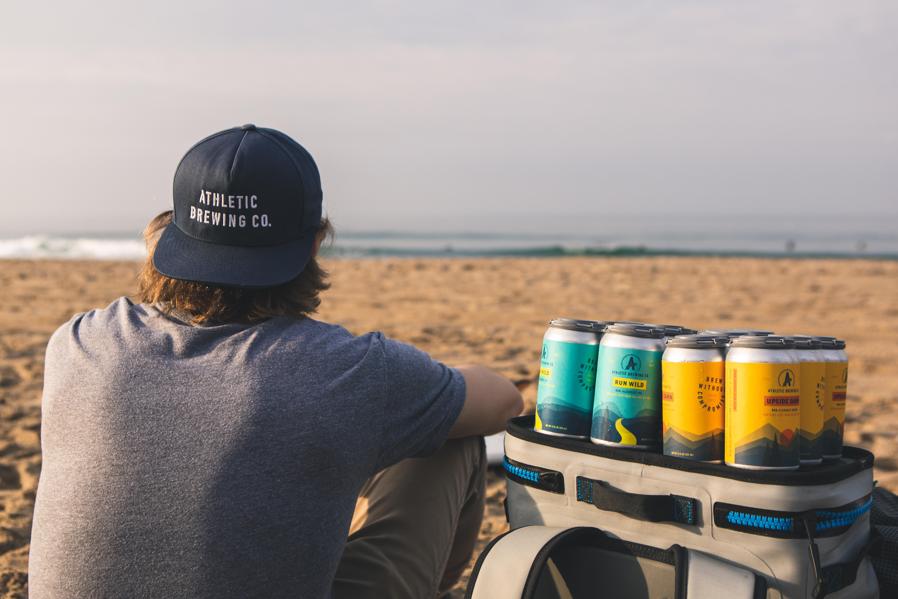 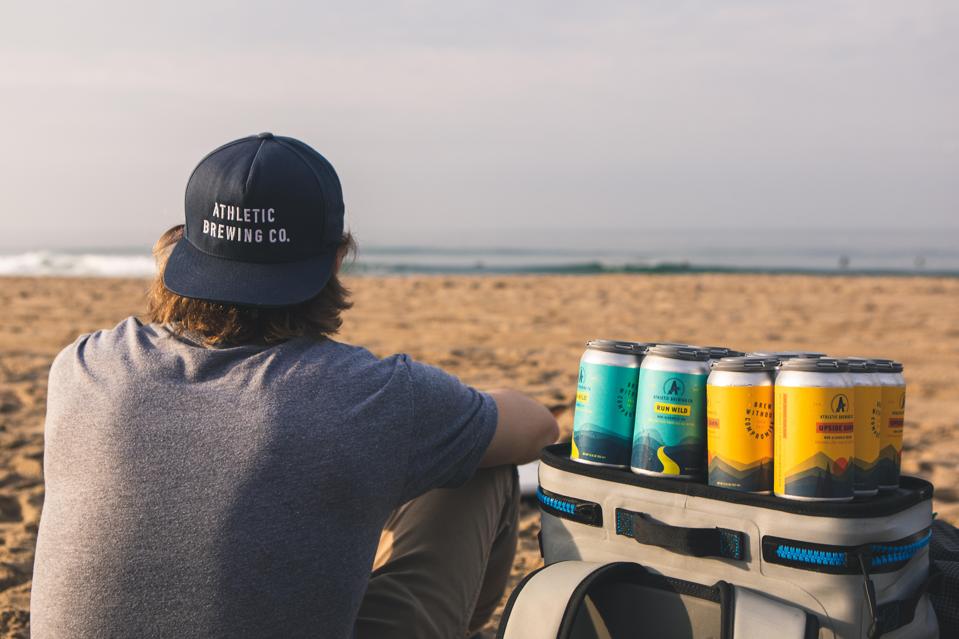 Athletic Brewing Company has raised $17.5 million as part of a Series B funding round.

Non-alcoholic craft beer maker Athletic Brewing Company, which launched in mid-2018 and has seen demand for its offerings skyrocket in the 22 months since, is looking to pull away from a growing pack of “near beer” producers.

Wheelhouse Partners, which has backed active lifestyle companies like Rhone and Hydrow, also participated in the round.

A portion of the new funding is being used to purchase a San Diego brewery once occupied by Ballast Point Brewing Company.

The 80,000-square-foot space, which is located on Trade Street and previously served as Ballast Point’s barrel-aging and souring facility, will be retrofitted and eventually enable Athletic to produce as much as 100,000 barrels of non-alcoholic beer.

In an interview, Athletic Brewing cofounder Bill Shufelt said his company would be acquiring certain brewing assets on-site and investing an additional $5 million into a high-speed canning line and other renovations.

“We’re excited to build as neighbors in a great brewing community in a brewery originally built by great craft brewers,” he said, noting that Athletic had entered into a lease agreement with the property owner and would be adding a “couple dozen” jobs.

In a press release, Athletic said it plans to begin making beer in the new location by mid-May.

In addition to increasing production capabilities tenfold — Athletic Brewing’s original Connecticut brewery spans 9,000 square feet and produced 10,000 barrels in 2019 — the company will have more direct access to a large portion of its core consumers.

While searching for a new brewing location, Shufelt said he analyzed e-commerce sales from all 50 states and noticed a concentration of orders coming from California.

“It over-indexes on a per capita basis, so we are following that clear data set and will now be able to get fresh beer to people’s doorsteps within a day or two,” he said.

The ability to ship directly to consumers in every U.S. state — something alcoholic beer manufacturers are unable to do — helped convince Rovell and his partners at Tastemaker Capital to invest.

“I just loved the idea that many people don’t understand the non-alcoholic beer space,” he said. “When I tell people that I’ve invested in Athletic, most say that makes absolutely no sense.”

Rovell, a prolific Twitter user with more than 2 million followers, worked at ESPN and CNBC before joining The Action Network to cover the emerging world of sports betting at the end of 2018.

Over the years, Rovell has built relationships with athletes and other high-net-worth individuals. He launched Tastemaker Capital in 2017 with his brother Brian Rovell and partner Ben Tanen.

The group looks to invest upwards of $2 million (per round) into emerging food and beverage companies and to date has backed just one other company — Biena Snacks.

Rovell said Tastemaker creates special purposes vehicles for each round it participates in, which provides the firm — as well as the outside investors — flexibility to pick winners in the earlier stages.

“As someone who covers sports gambling, I believe that I have an edge against the house or the bookmaker in CPG food and beverage,” he said, adding that he reads industry trade publications religiously and spends hours walking the aisles of supermarkets and convenience stores looking for emerging brands.

But Rovell’s greatest asset as an investor isn’t his tireless pursuit of up-and-coming CPG companies, it’s his connections to high-profile athletes. He was close friends with the late Kobe Bryant and helped introduce the professional basketball star to beverage industry titan Mike Repole, a connection that eventually led to a multimillion investment in Repole’s better-for-you sports drink BodyArmor.

With his Athletic investment, Rovell has brought three well-known athletes in on the round. Both Rovell and Shufelt declined to disclose their names, but said they were “major sport” stars and “household names.” 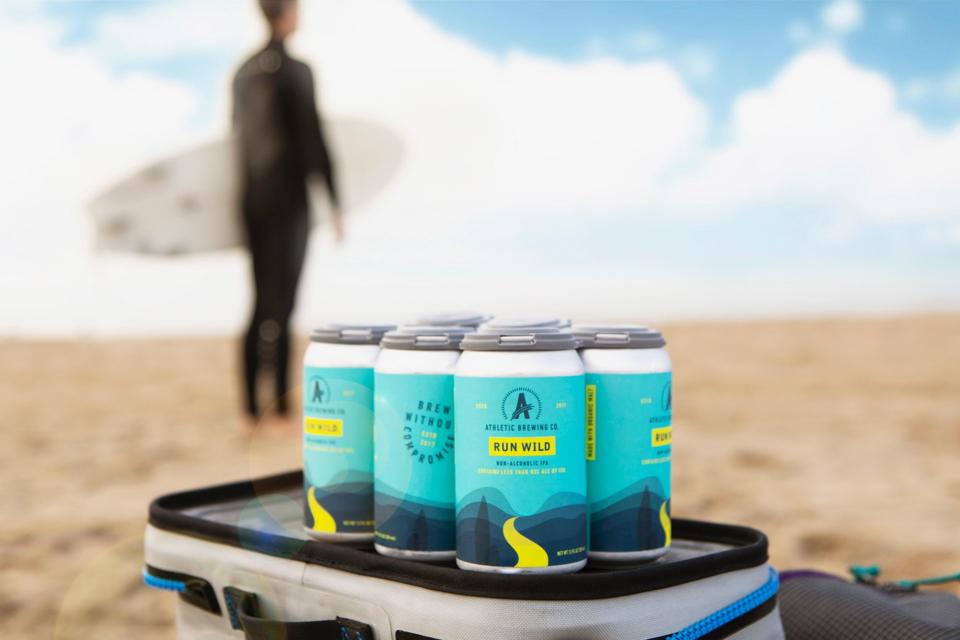 Athletic has raised more than $20 million to date and already has more than 60 angel investors backing the company. The company’s revenue grew tenfold in 2019 and 2020 shipments could approach 20,000 barrels once the San Diego brewery comes online.

“Athletic Brewing is on a mission to make the beers that we, as craft beer lovers, want to drink, offering quality and innovation in our non-alcoholic craft beers to meet the demands of modern life,” Athletic co-founder and head brewer John Walker said via a press release. “”We are thrilled to be able to make beer on both coasts to better reach our growing community.”

Athletic Brewing’s expansion comes at a time when traditional craft breweries are struggling to find growth or closing their doors, and when an increasing number of consumers are moderating consumption. Brewers Association chief economist Bart Watson estimates that 300 of the country’s more than 8,000 breweries closed in 2019, a slight increase from the 219 that closed the year before.

For his part, Shufelt said he believes non-alcoholic beer — currently less than 1% of all beer sold in the U.S. — could eventually be as large as the IPA market, which comprises about 6% of total beer sales.

Rovell agreed, saying that most people who sample Athletic Brewing’s beer do not challenge the taste or quality of the product.

“They will challenge the idea that this is a marketplace and whether there is a market for this,” he said. “I tell them to check in with me in 18 months.”

Year-to-date through February 23, dollar sales of non-alcoholic beer at off-premise retailers are up 43% according to market research firm IRI.

Athletic Brewing makes a range of non-alcoholic craft beers, including Run Wild IPA which accounts for 50% of its sales. The company’s products are certified organic and contain between 50 and 70 calories each.