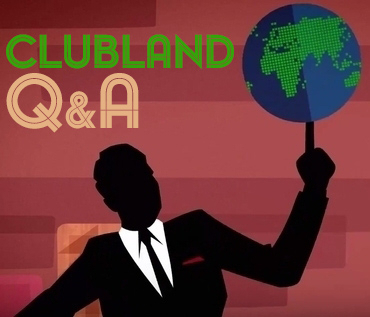 Today, Thursday, I’ll be conducting another edition of our Clubland Q&A, live around the world at 4pm Eastern time in North America – that’s 8pm GMT/9pm British Summer Time. We’ll try to pin down the rest of the time zones below, but do, as they say, check local listings.

On today’s rundown, I’m happy to take questions on the topics I’ve been chewing over in print, audio or video in recent days – including last night’s Tucker, in which we noted the fact that, while there is chaos on the southern border and a sudden planned expansion of the present nine-judge Supreme Court to a thirteen-judge bench, The Washington Post is running puff pieces on Kamala Harris’s enthusiasm for crocheting. Click above to watch. (You can see the full edition of Tucker here.)

Now that the court-packing bill is here, I’m sure there’ll be questions on that – as well as on the early start in Minneapolis to the traditional US summer looting season. But do lob me something on a story out of Ottawa about a chap called Yuen Pau Woo, appointed to the Canadian Senate by Justin Trudeau: A Canadian parliamentarian is now tweeting some not so subtle threats to Canada, its courts, and two Canadian hostages in China. This is a rather darker manifestation of a recent trend, in which supposed representatives of Canada and other western nations sound more like representatives of the Chinese Communist Party. Questions about the CCP (Ottawa branch office) are more than welcome.

And, if the above topics don’t do it for you, that’s fine and dandy: feel free to quiz me about something else entirely.

~Following the climate enforcers’ attempts to get Amazon to disappear Marc Morano’s book, we’re now offering Green Fraud at SteynOnline (with a personal autograph from yours truly). Alternatively, if you want to combine both the Green New Deal and the Hockey Stick in one dynamite denialist double-bill, check out our special limited-time warm-monger twofer – A Fraud and a Disgrace.

Some of you may have caught me on telly last week with the one and only Bo Snerdley. Mr Snerdley will be joining me on the third annual Mark Steyn Cruise along with Conrad Black, Michele Bachmann, Douglas Murray, and many other special guests, hitting all the high spots on the Mediterranean from Rome to Marseille, Monaco to Gibraltar. If you’re kinda sorta semi-curious about coming along, don’t leave it too late: accommodations are going fast – because there’s no better way of busting free from lockdown.

Whether or not you’re a member of The Mark Steyn Club, you can listen to our Clubland Q&A live as it happens wherever you chance to be on this turbulent earth: Club membership is required only to ask a question. We love to hear from brand new members, so if you’ve joined this week do fire off a question on any topic that appeals. Indeed, if you’ve been toying with signing up, either for a full year or a see-how-it-goes experimental quarter, there’s still time to do so and shoot me a head-scratcher for today’s show. But, if you’re not interested in joining, no worries, as they say in Oz: We seek no unwilling members – and as always the show is free, so we hope you’ll want to tune in.

Clubland Q&A and much of our other content is supported by members of The Mark Steyn Club. We’re not paywalling off SteynOnline or any of that nonsense – and in fact this site now offers more free content than ever before in our eighteen-year history. But Club membership does confer a few benefits, including not only participation in our Q&As but also access to Tales for Our Time, our Sunday Poems and much more.

So see you back here live this afternoon at 4pm North American Eastern Time. That’s 5pm in the Canadian Maritimes, 5.30pm in Newfoundland – and, beyond the Americas, 9pm in London and Dublin; 10pm in Paris and Berlin; 11pm in Istanbul and Jerusalem; midnight in the Trucial States, as I still think of them; 12.30am in Tehran, for all you Newfoundlanders who move to Iran for the half-hour time zone; 1.45am in Kathmandu, for all you Iranians who move to Nepal to check out the quarter-hour time zone; a grisly 4am in Singapore, Honkers and Western Australia; a 6am alarm call in Sydney and Melbourne; a somewhat more convivial hour for the kippers and kedgeree in Auckland and beyond; and an eminently civilized gong of 8.45am in the Chatham Islands, my current favorite among those quarter-hour time zones.

The Mask Is an Outward Sign of Inward Things

Tal Bachman: We Have Met the Enemy, part III

News DSMW - May 17, 2021
0
Get ready for a howling good time! The Voice Live Shows have added another famous crooner to their lineup of performers. Australian rapper Masked Wolf (AKA Harry Michael) is slated to... ...

News DSMW - May 17, 2021
0
Welcome to E! News' series on women who are leaders in their fields and masters of their craft. Spanning industries and experiences, these powerhouse women answer all the questions you've... ...
MORE STORIES

See Which Viral Rapper Will Have The Voice Fans Howling With...

From Aerobics Class to the Courtroom: How Laura Wasser Became Hollywood’s...