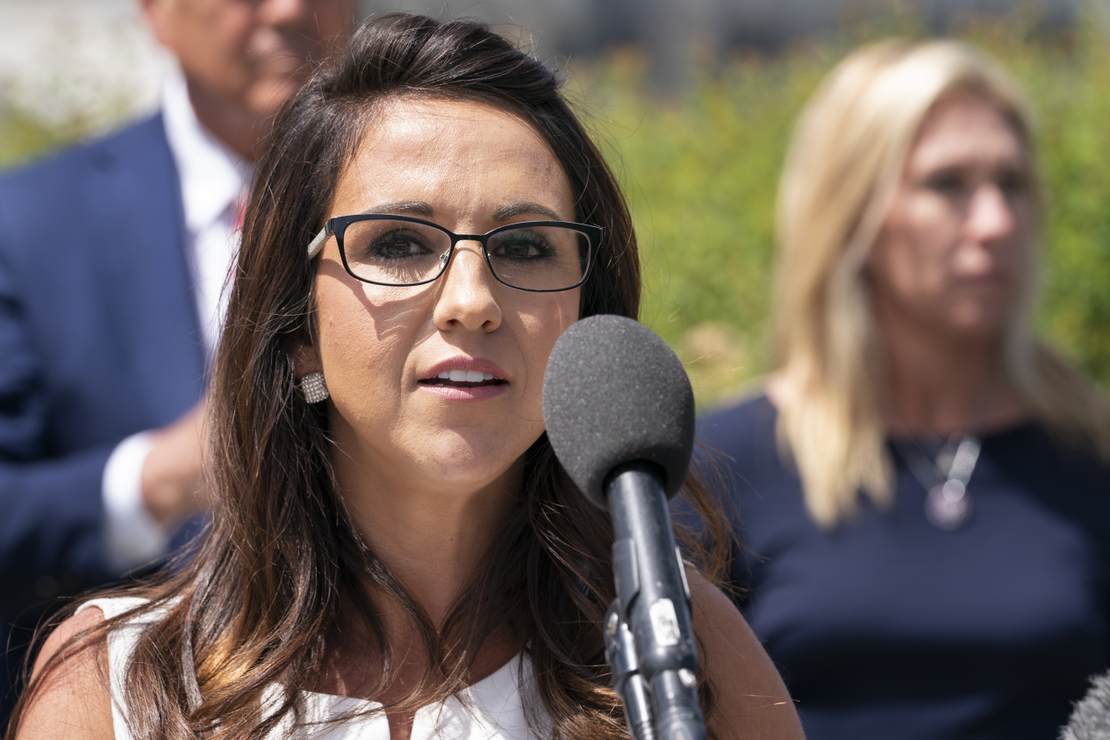 There are no marquee races on the schedule, no high-stakes proxy wars involving Trump on one side and some prominent “disloyal” Republican on the other.

Although I’ll probably find an excuse to declare Ron DeSantis the evening’s big winner anyway for some reason or another tomorrow.

What we get tonight are a few interesting primaries scattered across the national map, starting with one in Colorado involving this ignoramus:

“I’m tired of this separation of church and state junk.”

Lauren Boebert went full theocracy, and proclaimed, “The church is supposed to direct the government” per the founding fathers. pic.twitter.com/XW5nXZZ6r8

Boebert’s a lock to win but her margin of victory in Colorado’s 3rd District is worth watching. That’s because she’s being challenged by a Republican, Don Coram, whom local Democrats have re-registered to support in the GOP primary. They’re not going to beat Boebert in a general election, they reason, certainly not in a national environment like this one. Their only shot to oust her is by becoming Republicans and trying to knock her off tonight. I suspect she’ll get 70 percent of the vote anyway. We’ll see.

Colorado is also the site of a statewide race that reflects the most infuriating trend in electoral politics this year, Democrats dropping boatloads of cash to promote insurrectionist candidates in Republican primaries in the belief that they’ll be easier to beat in the general election. And I do mean boatloads:

By the numbers: Democratic groups have spent well over $42M so far to meddle in GOP primaries on behalf of right-wing MAGA candidates.

One of the beneficiaries of their largesse is Republican Ron Hanks, whose campaign has been known to run ads showing him blowing up boxes labeled “Dominion Voting Machines.” Democrats have spent more than $4 million to try to help him win the state’s GOP Senate primary, seeing him as a pushover in November relative to his opponent, Joe O’Dea. O’Dea would have a chance of knocking off Democratic incumbent Michael Bennet whereas Hanks probably — probably — won’t. I hope it’s been worth it to Team Blue because they’re going to eat mountains of sh*t tomorrow if Hanks wins for having promoted a fringe-dweller who’s unfit to hold office. They can’t claim that democracy is under threat talking out of one side of their mouth and then encourage Republicans to vote for “rigged election” cranks on the other.

Two more races are worth following. One is a rare battle between incumbents in Illinois’s new 15th District, where Trump favorite Mary Miller will battle traditional conservative Rodney Davis in the Republican primary. Miller and Davis have been forced to face each other due to redistricting by the Illinois state legislature; Miller is the favorite because the new district is more rural, because she has Trump’s support, and because she voted against certifying the results on January 6 while Davis voted in favor. He didn’t want to overturn a national election, which makes him a RINO cuck. The other race of note is the New York Republican gubernatorial primary, where Rep. Lee Zeldin will face Rudy Giuliani’s son, Andrew. Zeldin has a *slight* chance at pulling the upset in November against the newbie governor, Kathy Hochul, but Giuliani has no chance given his pedigree. We’ll see if New York’s GOP voters do the smart thing.

Polls close at 8 p.m. ET in Illinois and at 9 p.m. ET in New York and Colorado. Use the dropdown menu in the upper right-hand corner for the House widgets below to select the proper district for Boebert’s race (Colorado’s 3rd) and Miller vs. Davis (Illinois’s 15th).