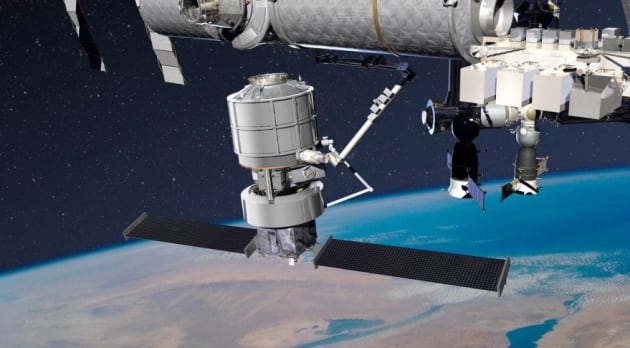 Far and away, the most expensive part of manned spaceflight involves just getting the payload off the ground. But as humanity expands its extraterrestrial influence beyond the International Space Station to the moon, Mars and beyond, space-faring nations are increasingly turning to reusable shuttle vehicles to do much of the heavy lifting. Currently, Orbital ATK’s Cygnus space vehicle and SpaceX’s Dragon capsule are the only two systems cleared to dock at the ISS. On Thursday, however, Lockheed Martin unveiled its proposal for a third such system: the proprietary cargo pod, Exoliner, and autonomous space tug, Jupiter.

The Jupiter — named for one of the two locomotives that met at the completion of the Transcontinental Railroad in 1869, not the planet — is the reusable portion of the system and will work in tandem with its disposable counterpart: the Exoliner supply module. Initially both the Jupiter and Exoliner (carrying up to 11,000 pounds of pressurized cargo and another 3,300 pounds unpressurized, according to Lockheed) would be launched into orbit aboard an Atlas V rocket. The Jupiter would then autonomously dock the Exoliner with the ISS, just like the Cygnus and Dragon already do. But what happens next is really slick.

Once the ISS crew unloads the Exoliner’s cargo, they’ll begin filling the container back up with garbage. As soon as the old Exoliner is filled (or another delivery run is scheduled), Lockheed will send up a new Exoliner. The Jupiter, which will have been hanging around in Low Earth Orbit since the last delivery, first disengages the old Exoliner from the ISS, then nabs the new Exoliner while it’s still attached to the Atlas V’s Centaur second stage and swaps the two cargo containers — the Jupiter shuttles the new Exoliner to the ISS for docking while the old, garbage-laden one will burn up during atmospheric re-entry. 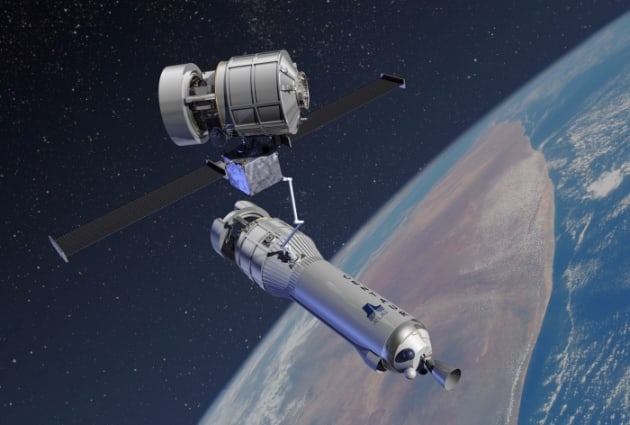 When it’s not busy resupplying the ISS, the Jupiter will reportedly moonlight by deploying commercial satellites. What’s more, the system can also be adapted to carry astronauts into the deeper reaches of our solar system. “Although our priority is going to be servicing the International Space Station and providing the ability to carry commercial payloads and deploy small satellites, we’re also designing this system from the beginning to be able to do deep-space missions,” Lockheed Martin space exploration architect Josh Hopkins said during Thursday’s announcement. “That means that NASA will be able to start doing some early human spaceflights beyond low-Earth orbit without a huge investment.” 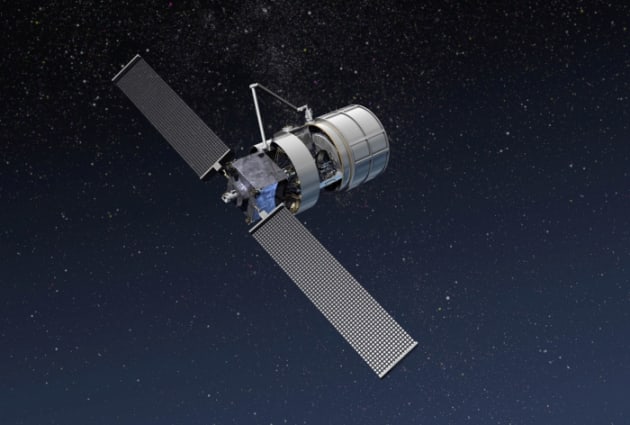 NASA is expected to announce its picks for the third round of Commercial Resupply Services 2 (CRS-2) contrats this June. There’s no word on specifically how many contracts will be awarded but, should Lockheed be tapped for the job, the Jupiter could be in orbit by as early as 2018.