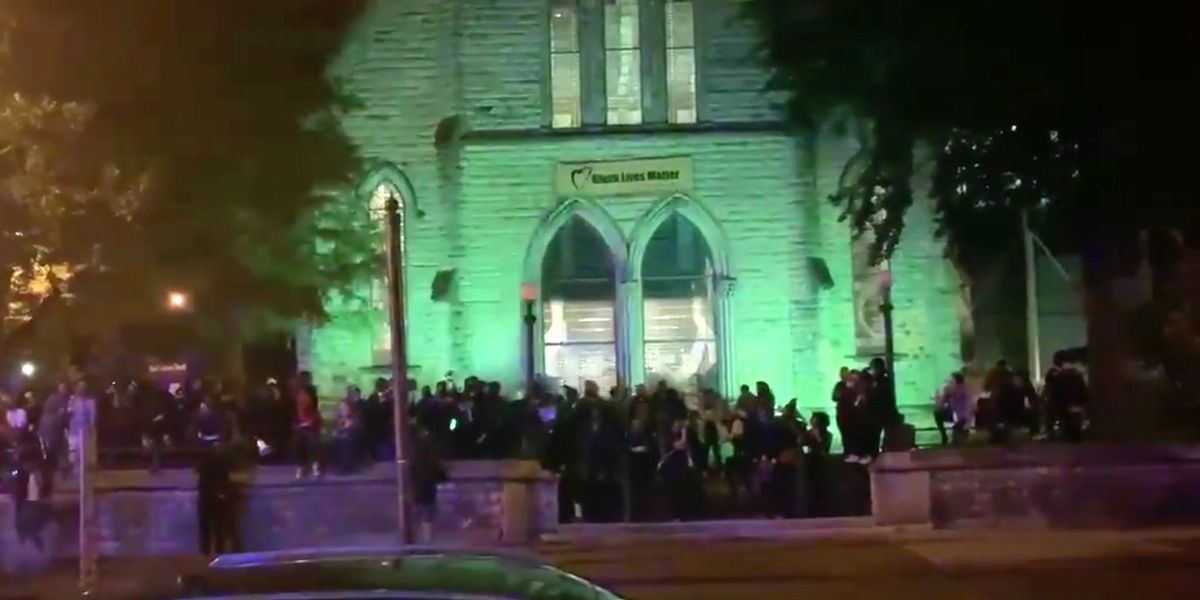 A church in Louisville, Kentucky, opened its doors and offered safe haven to protesters who would otherwise be arrested after a police curfew began.

The First Unitarian Church of Louisville posted a photograph of protesters from the first night of the riots in the city, but social media posts showed that they were doing the same on Thursday, the second night of the protests.

In one expletive-ridden video reportedly from the church grounds, white people are being berated and exhorted to leave.

White people have just been threatened with assault and kicked out of the church sanctuary grounds. Almost all pres… https://t.co/guO6Ij3nKm

“White people have just been threatened with assault and kicked out of the church sanctuary grounds. Almost all press were demanded to leave as well,” said the Twitter user who posted the video.

Another video shows an interview with a member of the church who explains that the purpose of the sanctuary is to “provide a safe space of love and compassion in the service of justice.”

Here’s a member of the First Unitarian Church explaining the motivation for offering sanctuary to Louisville protes… https://t.co/vpHzpgZJYg

Another video from outside the church shows a member explaining that protesters can find legal aid and refreshments as well.

A church leader explains the sanctuary status of these grounds for protesters at First Unitarian Church in Louisvil… https://t.co/mZ4baEBRC5

Police were reportedly waiting at church exits in order to arrest protesters.

It looks like all exits away from the First Unitarian Church are blocked off by police in #Louisville #BreonnaTaylor https://t.co/rWg8hSwbY5

Other reports on social media show that protesters were breaking windows and destroying property.

Here’s more on the second day of Breonna Taylor protests: