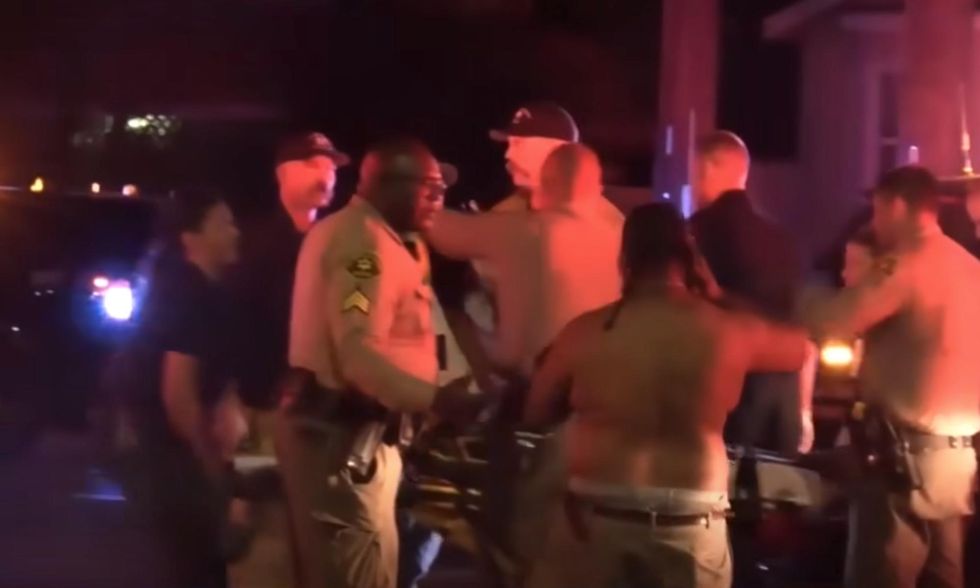 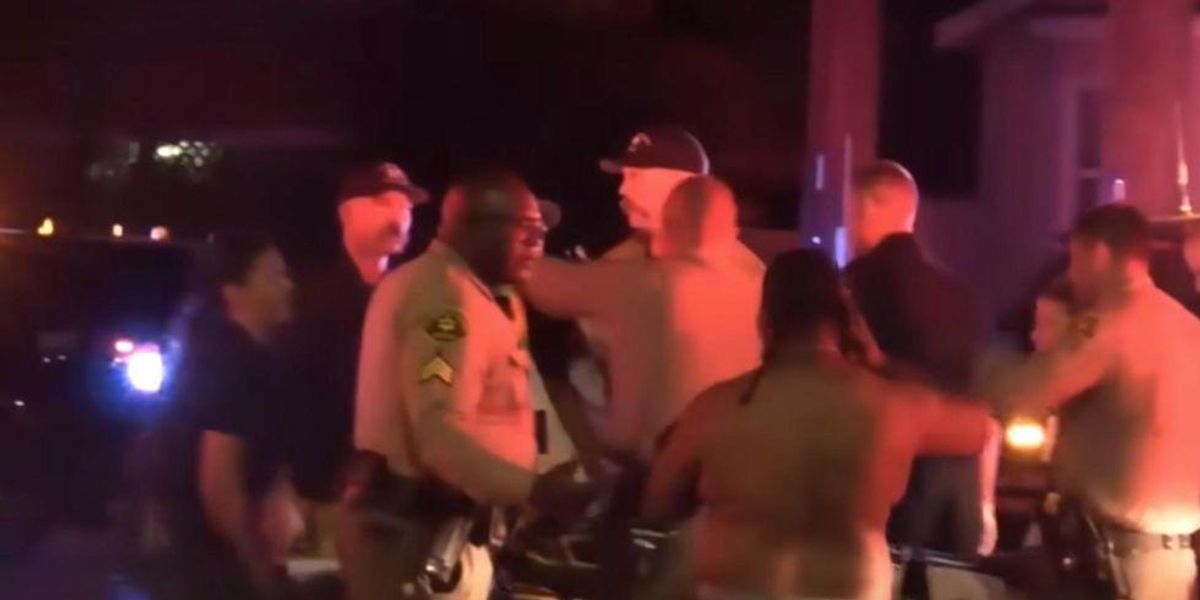 A California woman was attacked by a stranger with a hammer and was shot in the face before he tried to abduct her 10-year-old daughter, police said.

The harrowing incident unfolded at about 10:30 p.m. on Sunday in Palmdale, a city about 60 miles north of Los Angeles. A man approached a woman at her apartment, saying that he needed help because he was being followed, according to the Los Angeles County Sheriff’s Department.

She refused to allow him into her apartment, and that’s when police said he tried to attack her with a hammer.

She tried to retrieve her handgun from her bedroom but was allegedly overpowered by the assailant who then shot her in the face with her own gun.

At that point, he allegedly ran off with the daughter of the woman. The woman’s husband tried to follow him, but he reportedly pointed his gun at him.

Police found the suspect several blocks later and said that he was pointing the gun at the head of the daughter. They were able to apprehend him and save the girl.

Investigators said the mother did not know the man before the incident, but residents of the apartments claimed they had seen him before and that some believed he was her ex-boyfriend.

The woman was hospitalized and is in stable condition, while her daughter was unharmed and was returned back to her family.

Neighbors said the area was very dangerous despite the apartments being gated.

Police later identified the man as 34-year-old Erin Mauldin. He was charged with attempted murder, kidnapping, and assault with a deadly weapon and was held on a $1 million bond.

Woman shot in face while trying to prevent daughter’s kidnapping in Palmdale www.youtube.com