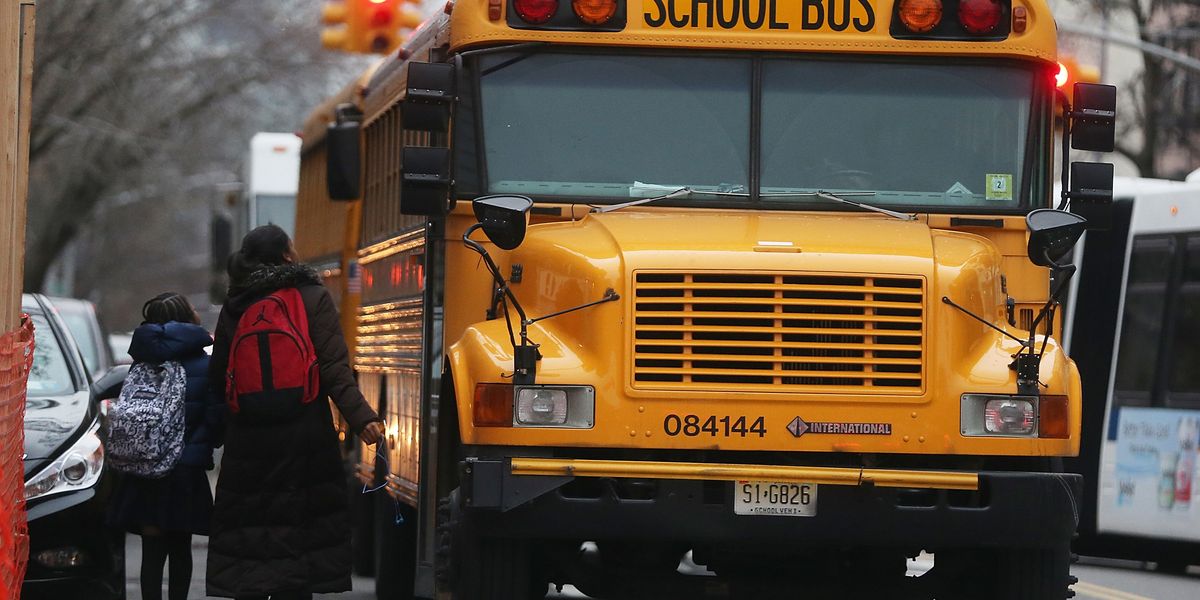 Police have laid a plethora of charges against 46-year-old Kenneth Latrel Revels after he reportedly forced his way onto a school bus in North Carolina and beat its driver to a pulp.

According to ABC News, Revels reportedly boarded the bus unexpectedly during a stop on the female driver’s morning route Tuesday. Other children were said to be boarding the bus when Revels made his way on.

The female victim, a driver for Scotland County Schools, was reportedly able to keep her foot on the brake while the attack occurred and even after he knocked her out of her seat in order to keep the bus from moving erratically.

Revels, who is said to be the ex-boyfriend of the unnamed driver, reportedly punched the victim repeatedly and stomped on her head after she fell out of her seat. Revels allegedly fled the scene before police could arrive. Two days passed before Revels turned himself in.

At least 20 children were on board during the attack.

The school district said that no students on the bus were injured as a result of the attack.

According to the Laurinburg Exchange, Revels turned himself in Friday.

The outlet reported that he was given a “$20,000 bond for the charges of breaking and entering, trespassing and assault on a school employee.”

All other charges were domestic, so he did not received a bond, the Exchange noted.