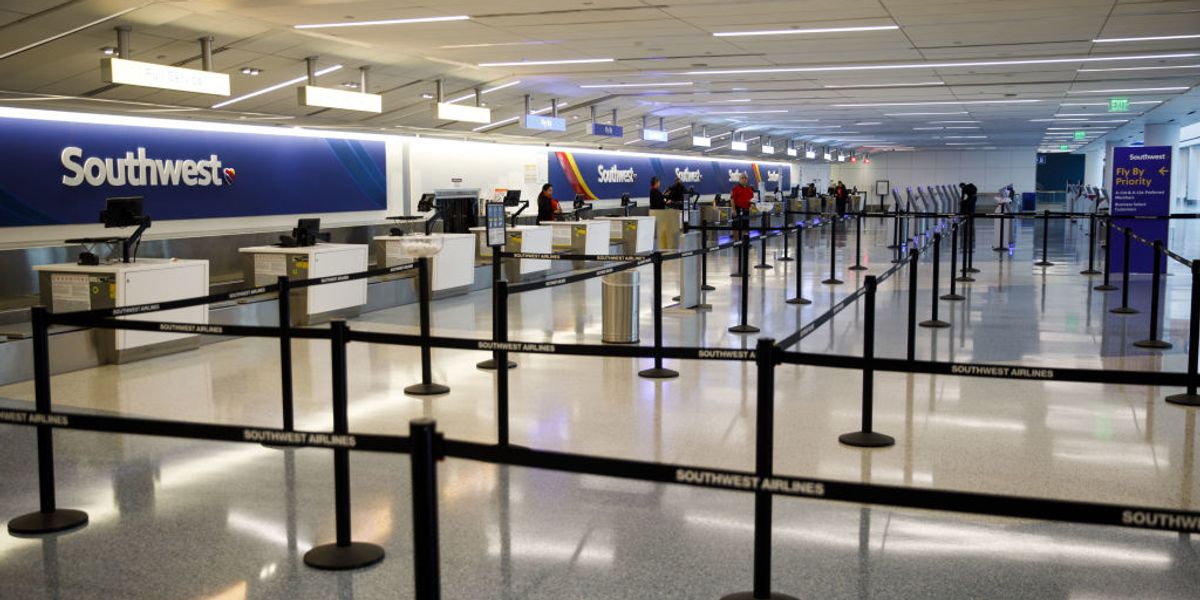 It’s no secret that the coronavirus pandemic has nearly completely shut down travel in the United States. But when Bob Pitts took a Southwest Airlines flight from Ft. Lauderdale to St. Louis to attend his mother’s wake, he got a truly unexpected surprise: he was literally the only person on the entire plane.

According to video provided by Pitts to NBC News, Pitts was personally greeted by both the flight attendant and the pilot as he boarded the plane — as the pilot turned around and waved, “Hi Bob.” When the flight attendant gave the usual pre-flight spiel to Pitts, she advised him tongue-in-cheek to make sure that his carry on items were stowed under the seat in front of him, so that the area around his feet could remain clear.

She continued, “I want to make sure we show you some of this Southwest hospitality. So when you land, you’re going to take out that flip phone your grandma bought you for Christmas. You’re going to call her. You’re going to tell her, ‘This was my best flight ever.’ Welcome aboard, Bob.”

In the video, Pitts can be seen wearing a gray bandana for a face covering. According to Pitts, his mother’s death was unrelated to any complications from the coronavirus. He told NBC News that it was a “very, very, very unique experience,” and he complimented the Southwest staff for making him feel “like a VIP.”

Pitts’ experience may not be unique. Airline travel has plummeted an estimated 97 percent since the outbreak of the coronavirus, and it is widely expected that the effects of the shutdown will lead to bankruptcies and even permanent business realignments in the airline industry, even though airlines around the world are receiving aid from governments. The airline industry was already widely expected to face long-term contraction before the coronavirus outbreak, and the near total shutdown of global travel may have already pushed many companies over the brink.