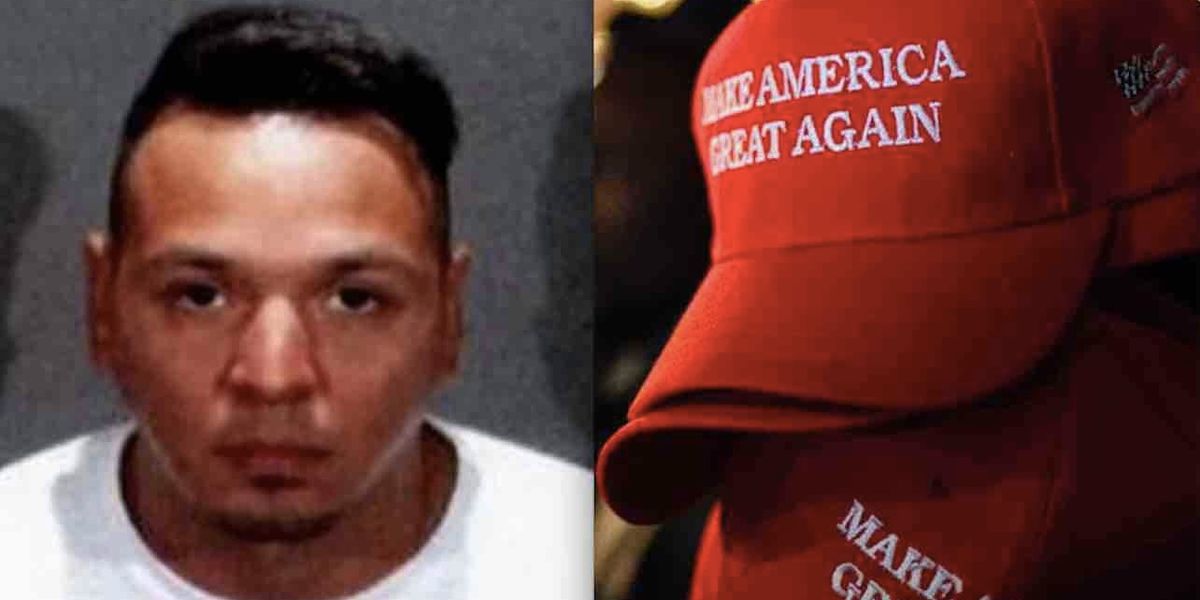 A man was using a restroom in a restaurant in downtown Hermosa Beach, California, last Labor Day — and happened to be wearing a red hat with white Russian writing on it, police said.

Well, the message on the hat caught the attention of another man in the restroom, who asked the hat-wearer what the writing meant, police said.

The hat-wearer said the translation was “Make America Great Again.” As TheBlaze has reported, some leftists go berserk at the sight of the hat bearing the iconic slogan for President Donald Trump’s 2016 campaign — and sometimes even turn violent.

Indeed, the man who questioned the hat-wearer repeatedly punched him in the face, after which the victim to fell to the ground, police said. Apparently unsatisfied with decking the victim, the suspect continued to punch him and then stole the victim’s hat and fled, cops added.

But after employing investigative resources and surveillance footage, police said they identified and arrested David Delgado at his Winnetka residence without incident on Oct. 1, after which he was held on $100,000 bail on charges of battery with serious injury and robbery.

The charge was one felony count of assault by means of force likely to produce great bodily injury, the DA’s office said.

Delgado faces four years in state prison as a result of the plea, and sentencing is scheduled for May 28 in the Los Angeles County Superior Court, Torrance Branch.

Again, this incident is not the first of its kind: TheBlaze has noted reports of leftists flipping out at MAGA hat-wearers:

They’ve also resorted to taking off or knocking the caps off their heads, spitting at the wearers, and actually stealing the hats as video runs:

And believe it or not, a retired New York City police officer — during his birthday celebration, no less — said a woman punched him in the face and left it bloody last month over his hat that merely resembled a MAGA hat: