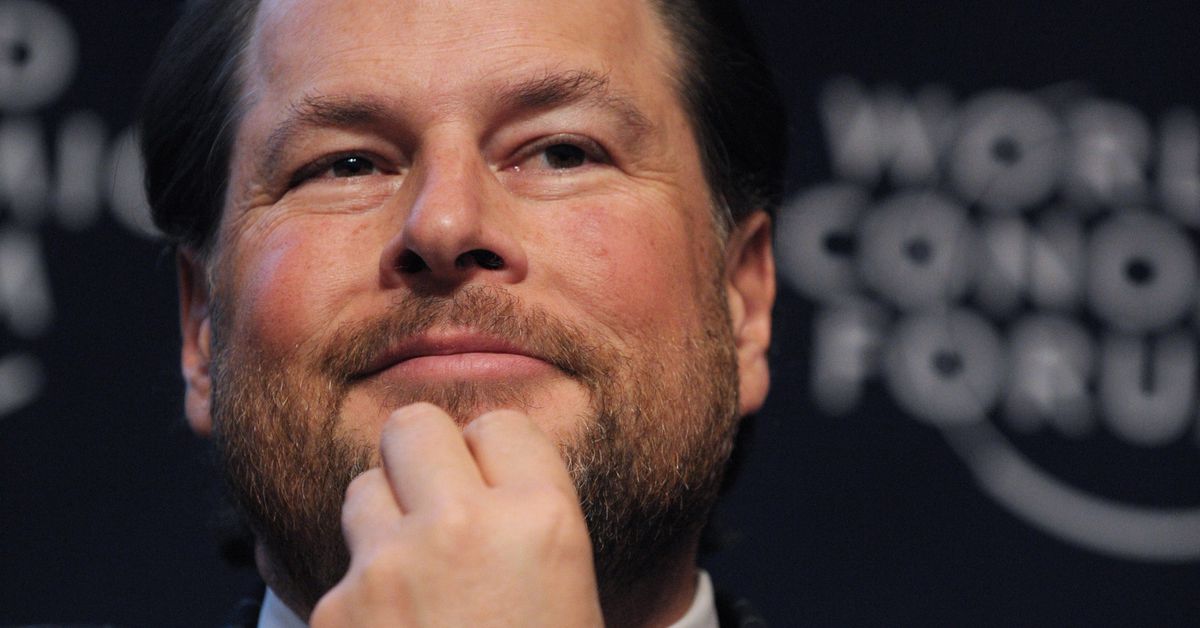 Marc Benioff is betting on the power of trees.

Benioff, the garrulous billionaire founder of Salesforce, loves to needle other tech leaders for being insufficiently civic-minded. On Tuesday, he took his routine to Davos, Switzerland, and the World Economic Forum.

That’s where he announced that he and his wife would provide the financial backing for a new platform, 1t.org, that will support an ongoing global initiative to plant, restore, or conserve 1 trillion trees over the next decade. The Trillion Trees Initiative is a novel strategy to limit the impact of greenhouse gas emissions, and it’s one that some activists are already criticizing as insufficient for the scale of the problem that is climate change, a threat that Davos is meant to address this year.

In fact, some worry that the Benioffs’ support of reforestation — which, somewhat surprisingly, Donald Trump also endorsed in a speech at Davos — offers an easy out for a business community that is eager to reap the PR value of climate action without actually modifying their own emissions.

“Planting trees is good, of course, but it is nowhere near enough of what is needed, and it cannot replace real mitigation and rewilding nature,” said environmental activist Greta Thunberg from Davos following the announcement.

A Benioff representative declined to answer how much exactly the Benioffs would be spending on the new measure. But Benioff — with a net worth of about $7 billion — is reprising his chief role as an instigator in Silicon Valley, where his antics, like rebuking Facebook as akin to “cigarettes” and saying that tech billionaires “hoard” their money, have made him a divisive figure in both C-suites and in billionaire philanthropy.

“If you are attending this conference, you need to commit to planting 1 trillion trees,” Benioff said, which was just one of a half-dozen exhortations at the end of a mini-speech he gave on a panel on Tuesday. “This is a time of action, not words. We are at that point of urgency with our planet.”

Benioff’s funding for 1t.org comes from his own pockets, but his company, Salesforce, will be responsible for about 100 million of those trillion trees.

Benioff has recently been displaying his zeal for planting the world out of the climate crisis, quizzing interviewers, for instance, about whether they know how many trees exist today versus in the past (Answer: 3 million and 6 million, respectively.)

A tree-planting initiative of this scale is unprecedented and hard to accomplish, but some experts think it could be one of the most intriguing ways to help save the planet. As my colleague Umair Irfan explained last year, referencing an article in the journal Science:

“The point is that [reforestation is] so much more vastly powerful than anyone ever expected,” said Thomas Crowther, a professor of environmental systems science at ETH Zurich and a co-author of the paper. “By far, it’s the top climate change solution in terms of carbon storage potential.”

Some climate scientists who were not involved with the study disagree with its calculations and are warning against its “silver bullet” message. Still, supporting natural systems that can soak up carbon is widely accepted as a major component of any climate change mitigation strategy — in addition to deploying clean energy, switching to electric vehicles, and curbing consumption overall.

Some like Thunberg still see this as a distraction from the more important work of reducing greenhouse gas emissions by moving away from reliance on fossil fuels. In fact, even as Trump was telling the elite at Davos that the US would sign onto the trillion-trees program, he was also encouraging Davos not to listen to the “prophets of doom and their predictions of the apocalypse” when it comes to climate change.

The initiative does put Benioff into some rare agreement with the Trump administration, which have a good relationship despite being one of the Democratic Party’s biggest fundraisers in recent years. The business titan and the “jovial” president were reportedly seen engaged in “animated conversations” at the ski chalet town in Switzerland.