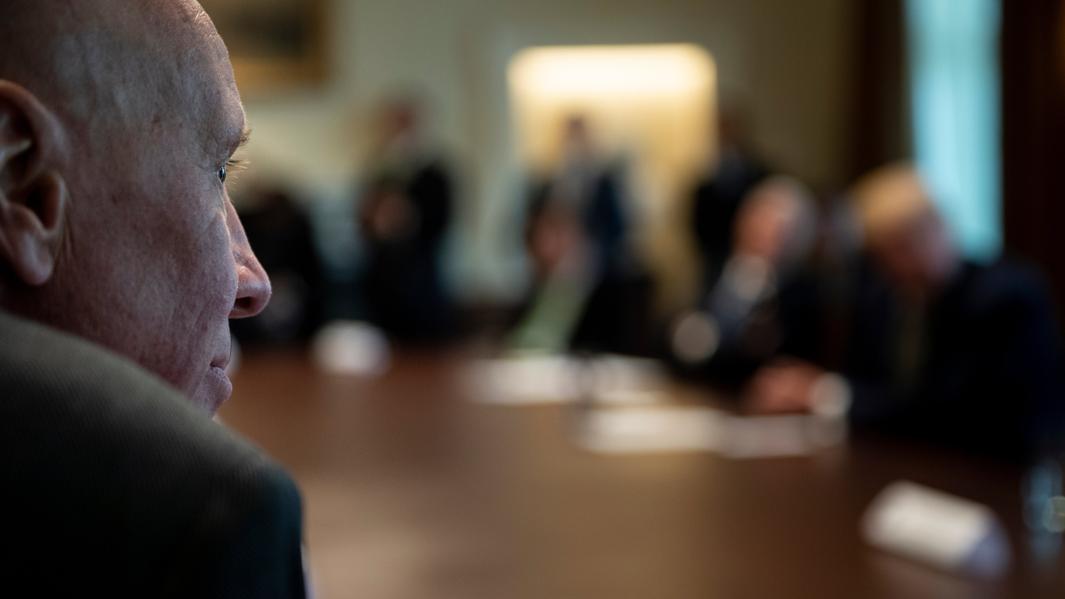 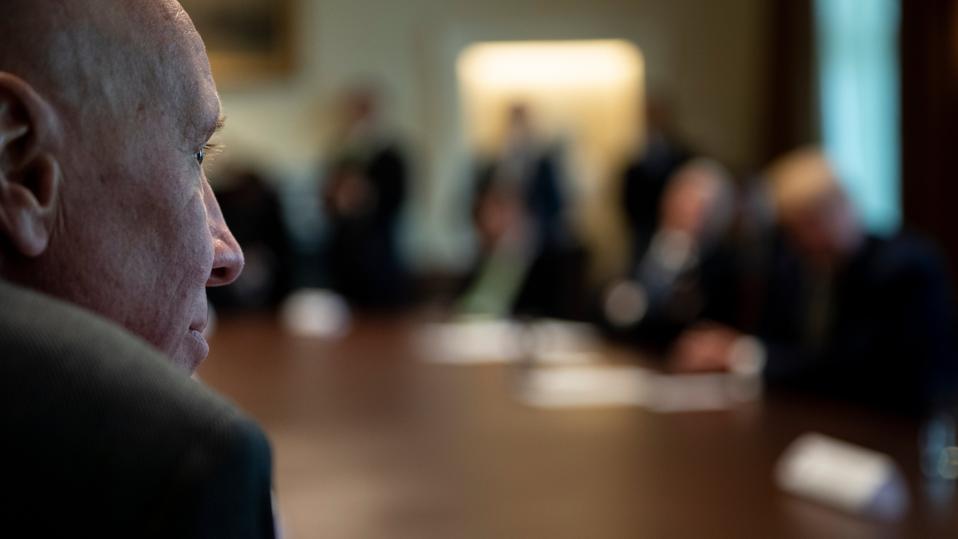 Arne Sorenson, CEO of Marriott International, listens during a meeting with hotel and tourism … [+] executives in the Cabinet Room of the White House about the effect of COVID-19 March 17, 2020 (Photo by Brendan Smialowski / AFP) (Photo by BRENDAN SMIALOWSKI/AFP via Getty Images)

Authentic leadership is, by definition, real and genuine. Authenticity is more than a management buzzword. It’s a way of acting and communicating that inspires loyalty.

Marriott International CEO, Arne Sorenson, is an authentic leader and he proved it this week with the release of a 6-minute video to Marriott employees, shareholders, and customers.

“This is what leadership sounds like,” one person said after watching the video on Twitter. Others said Sorenson’s video was “heartfelt and inspiring.” Yet another Twitter said, “a master class in leadership.”

What, exactly, did Sorenson do that elicited such an outpouring of favorable comments?

In short, Sorenson lowered the shield. He was candid, vulnerable, humble, emotional and hopeful.

In the unusual case of the coronavirus outbreak, face-to-face communication means video. According to Sorenson, some members of his team expressed concern about posting a video after his cancer treatment. Sorenson openly acknowledges the sensitive discussions.

“Hello Marriott associates…because of the profound impact COVID-19 is having on so many of us around the world, this is the most difficult video message we have ever pulled together,” Sorenson begins.

“Our team was a bit concerned about using a video today because of my new bald look. Let me just say that my new look is exactly what was expected as a result of my medical treatments. I feel good and my team and I are 100% focused on overcoming the common crisis we face. Now let’s talk about that crisis.”

By making an appearance on video, Sorenson demonstrates vulnerability and humility, two qualities that connect human beings to one another.

Tear off the band-aid quickly.

“COVID-19 is like nothing we’ve ever seen before. For a company that’s 92-years-old—that’s borne witness to the Great Depression, World War II ,and many other economic and global crisees—that’s saying something. But here are the facts…”

Sorenson then delivers the facts without sugarcoating them. He places the numbers in perspective that leave no room for confusion.

“COVID-19 is having a more severe and sudden financial impact on our business than 9/11 and the 2009 financial crisis—combined…In most markets, our businesses is already running 75% below normal levels… The restrictions on travel and required social distancing is having an immediate impact by depressing demand for our hotels.”

Great military leaders earn the troop’s trust by fighting alongside them or suffering along with them. In a war against the virus and its implications on business, employees want to know that their leaders are sharing the sacrifice. Sorenson caught the attention of the business media with this statement:

“Both Mr. Marriott and I will not be taking any salary for the balance of 2020, and my executive team will be taking a 50% cut in pay.”

This statement shows that Sorenson is fighting in the trenches alongside his teammates. Employees are often disengaged when they feel as though their leadership is detached. Announcing that he’s not taking a salary for the rest of the year communicates shared sacrifice.

I’m glad Sorenson overruled members of his team who expressed reluctance about having him appear on video. The final 60-seconds of the video is impossible to capture in an email. Choking back tears, Sorenson says:

“I can tell you that I have never had a more difficult moment than this one. There is simply nothing worse than telling highly valued associates—people who are the very heart of this company—that their roles are being impacted by events completely outside of their control.”

For the past fifteen years, I’ve advised CEOs on how to handle major crisis situations—in many cases, events that you’ve read about it and have seen on television news.

“If you want me to help you craft a message, that’s not enough,” I often say. “You’ve got to be a leader who has walked the talk long before this crisis hit.”

People have a built-in radar for empty rhetoric. Employees, especially, watch their leaders carefully. They recognize when a CEO’s words are inconsistent with their actions.

Sorenson has built up a mountain of good will. Chief Executive Magazine named Sorenson the CEO of the year for 2019. “Putting people first has always been the cornerstone of our success,” Sorenson once said.

If your actions don’t match your words, your crisis messaging will fall on deaf ears.

End on a hopeful note.

The vast majorities of successful CEOs are optimists. Optimism is an essential ingredient of successful leadership. After Sorenson gets the bad news out of the way, Sorenson ends on a hopeful note.

“While it’s impossible to know how long this crisis will last, I know we, as a global community ,will come through the other side. And when we do our guests will be eager to travel this beautiful world again. When that great day comes, we will be there to welcome them with the warmth and care we are known for the world over…Together we can and we will overcome this and we’ll thrive once again.”

Every crisis brings out the best in people—and brings the best leaders to the foreground.