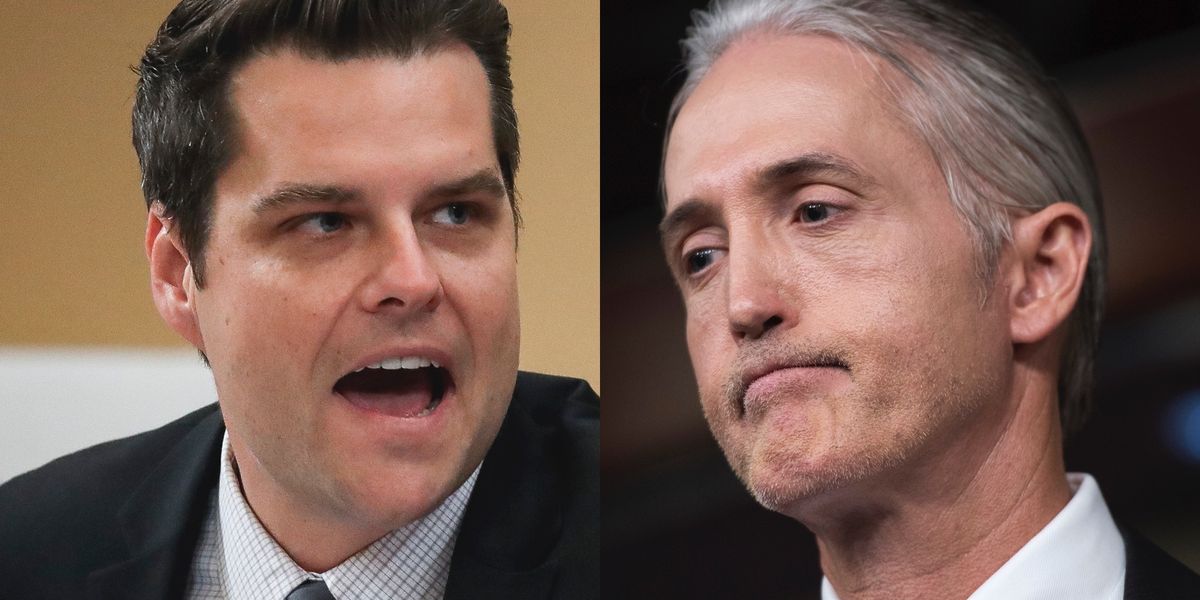 Rep. Matt Gaetz (R-Fla.) absolutely torched former Republican congressman Trey Gowdy for backing the FBI in 2018 and for not supporting an effort to subpoena Democrats while he was in power to defend Mike Flynn.

Gaetz dropped the bombshell accusations against his fellow Republican while being interviewed by Sean Hannity on Fox News Friday.

“I guess my question, Sean, would be why was it then that in late May of 2018 that Trey Gowdy went on Martha MacCallum’s show and said that the FBI did exactly what all of our fellow Americans would have wanted them to do and it had nothing to do with Donald Trump. Both of those things have now been proven to be not true and it seems that Gowdy’s brilliant lawyering back in 2017 that we’re only able to see now proves those two statements untrue,” he continued.

“The number one question I get asked from Americans is why no one has gone to jail and been held accountable,” Gaetz added.

“Unfortunately when [Rep. Devin] Nunes (R-Calif.) and [Rep. Mark] Meadows (R-N.C.) and [Rep. Jim] Jordan (R-Ohio) and I wanted subpoena power it was Paul Ryan and Trey Gowdy that wouldn’t give us that subpoena power. Democrats sent out hundreds of subpoenas,” he continued.

“When he had control and could have run this to ground in 2017, we didn’t send out one single subpoena, not one, and that’s a failure of our Republican leadership!” Gaetz concluded.

Gaetz posted the video of his appearance on Hannity and also a video of Gowdy saying in 2018 that the FBI had acted properly in interviewing and pursuing the prosecution of Mike Flynn.

Gaetz was referring to recent revelations in the prosecution of Mike Flynn that led to the Department of Justice dropping charges against him. Trey Gowdy has been among those excoriating the FBI for the manner in which Flynn was interviewed.

“I have every expectation they wanted to flip Flynn on the president, the problem was no one with the campaign was colluding with Russia!” said Gowdy on MacCallum’s show.