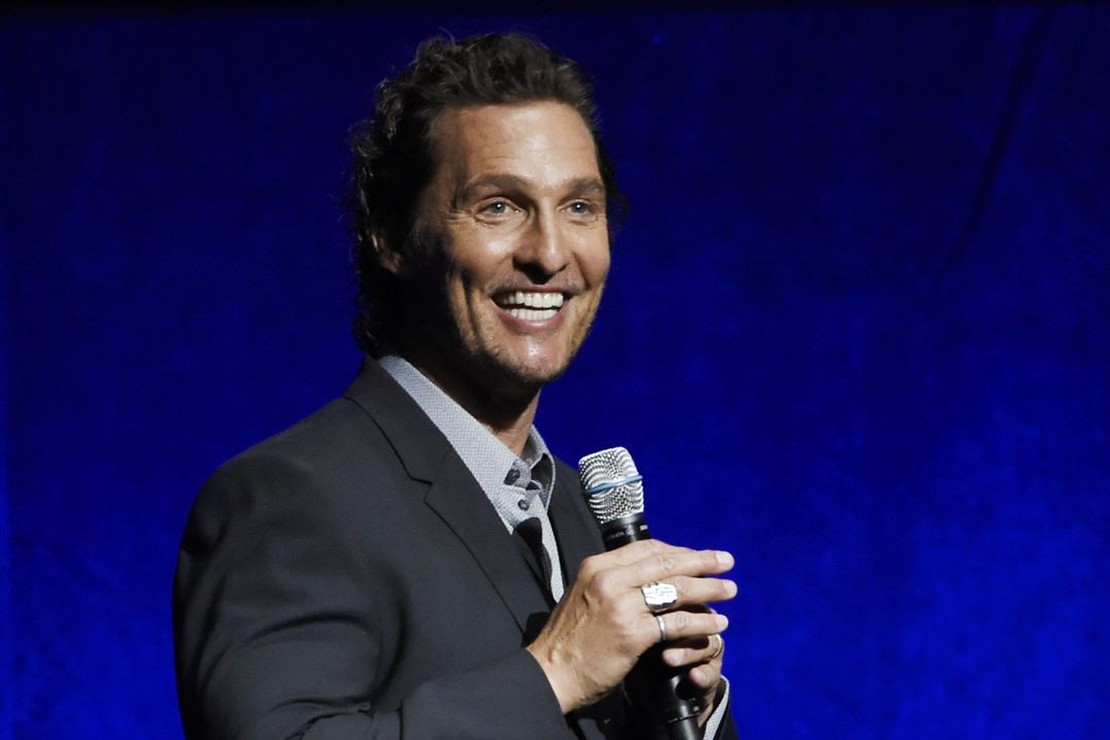 Matthew McConaughey visited his hometown of Uvalde on Friday with Rep. Tony Gonzales. Gonzales is a Republican who represents Texas’ 23rd District which includes Uvalde.

Unlike, say, Meghan Markle, and other public officials getting some publicity for visiting Uvalde, McConaughey has a connection to the community. He grew up in Uvalde. His mother was a school teacher in Uvalde. When he contemplated running for governor, he often referenced the fact that Uvalde was his hometown. He now lives in the Austin area. It is not surprising that he came to support the residents. McConaughey and Rep. Gonzales appeared at the Uvalde Civic Center. Notably, McConaughey refused to take questions afterward.

After the mass shooting at Robb Elementary School, McConaughey posted a tweet.

That tweet may bother some but it strikes a pretty good tone. There’s no kneejerk progressive call to ban guns or demonize Republicans who strongly support the Second Amendment. He has made more strident statements about gun control in the past but was really quite restrained in that tweet. While Hollywood celebrities were busy tweeting out vile tweets against Republican politicians like Ted Cruz, who receives the highest amount of campaign donations from the NRA, and blaming Governor Abbott for the mass shooting, McConaughey took his own path here. He sets a good example.

Thank you Matthew for helping to heal our community. Your visit brought so many smiling faces to Uvalde. See you soon my friend.https://t.co/2BThrzx3hp

McConaughey calls himself an independent in politics. His mom was active in Republican politics for many years in Texas. I never thought he would enter the gubernatorial race and he didn’t but if he did, I assumed it would be as a third-party Independent candidate. That would be consistent with his past political musings.

Contrast McConaughey’s actions with those who exploit tragedy to raise their public profile, like Robert Francis “Beto” O’Rourke who interrupted Governor Abbott’s press briefing Wednesday, cameraman and staff in tow, in order to cut a campaign video. He held a press conference outside and reporters eagerly swarmed him, as he hoped they would. O’Rourke came to Houston Friday to protest outside the convention center where the NRA’s annual convention is being held. Beto is not a serious man. He’s looking for celebrity status, not exhibiting leadership skills.

I know the people of Uvalde were happy to see McConaughey and appreciate his support.

Here’s a tweet from Beto’s side of the aisle:

Yeah this time is gonna be different. This is in front of the NRA convention in Houston. pic.twitter.com/3BLhKK1St9

Governor Abbott canceled his appearance at the NRA convention in Houston Friday and sent a video instead. He remained in Uvalde, as he should. Trump and Ted Cruz went forward with their scheduled appearances but many others canceled. Trump took a shot at those who canceled. “I’m honored to be here in the great state of Texas, with the wonderful patriots of the NRA. And unlike some, I didn’t disappoint you by not showing up. Got to show up,” Trump said. Maybe Trump needed to show up but Abbott didn’t. His decision to stay in Uvalde was the right one. He dedicated a press conference to providing information about resources available to survivors and the families of the victims of the mass shooting. He was surrounded by officials from various agencies and companies who could answer questions about those resources.

Abbott opened up the press conference to questions from the media present. A Democrat state senator grandstanded when Abbott called on him. Abbott cordially acknowledged him and then the Democrat launched into a tirade against Abbott. State Senator Roland Gutierrez rose to demand Abbott call a special session of the state legislature. Abbott had already answered a question from a reporter about the possibility of a special session . He said that “all options are on the table.”

Texans are pissed off. These made-for-TV press conferences are not enough. I am demanding @GregAbbott_TX send us back to Austin for a special session on guns. It’s time for action. #GunSafetyNow #DemandSpecialSession #BringUsBack #Uvalde #txlege pic.twitter.com/P6Cx4zo0D0

“I’m asking you now to bring us back in three weeks,” Gutierrez said, before reiterating the grief the Uvalde community is experiencing this week. “You have to do something, man. … Just call us back.”

Abbott, a Republican, said new laws would “absolutely” result from Tuesday’s tragedy, and he expects lawmakers to revisit every policy passed after the Santa Fe shooting.

Gutierrez’s stunt was a little different than O’Rourke’s. Gutierrez didn’t appear to have a cameraman with him or staffers to yell at Abbott. He did, however, hold a press conference outside the building when he left. Like Robert Francis, he stormed out of the auditorium after his rant.

So, good for Matthew McConaughey for acting like a normal human being. He kept the focus on the grieving community and didn’t make it all about himself. There’s time for politics and temper tantrums later. Now is the time to let the families and community grieve. Let them have their time.